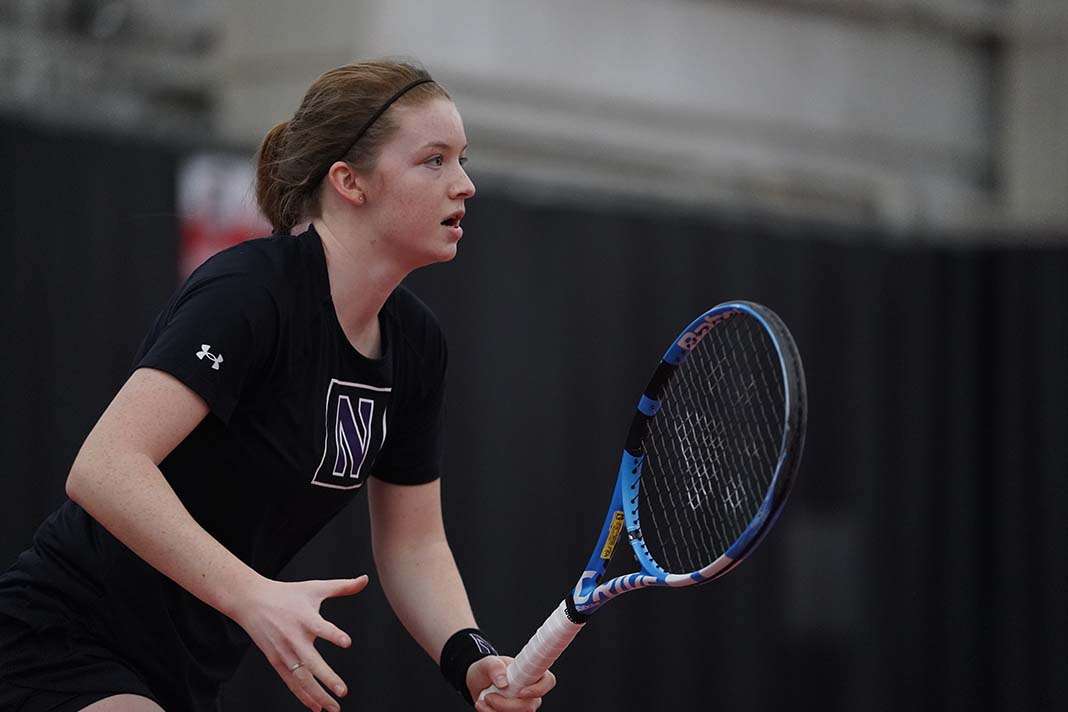 With Kickoff Weekend finished, the fields for Indoors are set and the focus turns to the two national championships up for grabs.

After almost nine months of waiting, college tennis was back this weekend. The 13th annual ITA Kickoff Weekend was filled with exciting matchups, thrilling upsets, and just a few weather delays.

Seven women’s teams and six men’s teams weathered the obstacles of the weekend to qualify for their respective ITA Division I National Team Indoor Championship. The final spot in the men’s national championship will be filled by either Texas A&M or Baylor. Due to the athletic department wide pause of activities at the University of Michigan, the Aggies and the Bears were unable to play their championship match on Sunday as scheduled.

The Tennessee Vols were the first team on the men’s side to qualify for the national championship. They upset host team NC State in the championship match. The Vols downed the No. 8 Wolfpack 4-1 after taking the doubles point and finishing three singles matches in straight sets. ITA Singles All-American Alexis Galarneau was the lone bright spot for NC State. He only dropped one game en route to defeating No. 24 Adam Walton.

A day later, the Ty Tucker Tennis Center hosted the women’s championship match between Ohio State and Virginia. This time, however, the No. 13 Buckeyes defeated the No. 10 Cavaliers 4-2. The Buckeyes claimed their spot at Indoors by clinching the doubles point and taking out the middle of the Cavaliers’ lineup. Most notably, Ohio State won competitive three-set matches over Virginia’s top ranked players — No. 11 Subhash and No. 47 Johanson.

In Atlanta, the Georgia Tech women pulled off an impressive comeback after digging themselves into a 3-1 hole against No. 6 Duke. After both dropped their first set in singles, seniors Jones and Flores ground out wins in their matches to bring the match to three-all. Freshman Hrastar followed in the steps of her senior leaders and sealed the victory for the Jackets.

Weather delays forced a pause in play at Pepperdine all weekend. However, No. 1 Ashley Lahey did not let that hold her back and locked in victory for the Waves after delivering a three-set clinch over USC’s Naomi Cheong in the ITA Kickoff Weekend championship match.

The teams advancing to the ITA Division I National Women’s Team Indoor Championship are as follows: No. 1 North Carolina, No. 2 UCLA, No. 3 Texas, No. 5 Pepperdine, No. 12 Georgia Tech, No. 13 Ohio State, and unranked Northwestern. Host Oklahoma State will be the eighth team at Indoors.

The University of Illinois Men will be joined at the ITA Division I National Men’s Team Indoor Championship by No. 1 USC, No. 2 North Carolina, No. 6 Texas, No. 6 TCU, No. 13 Tennessee, and No. 22 Virginia.