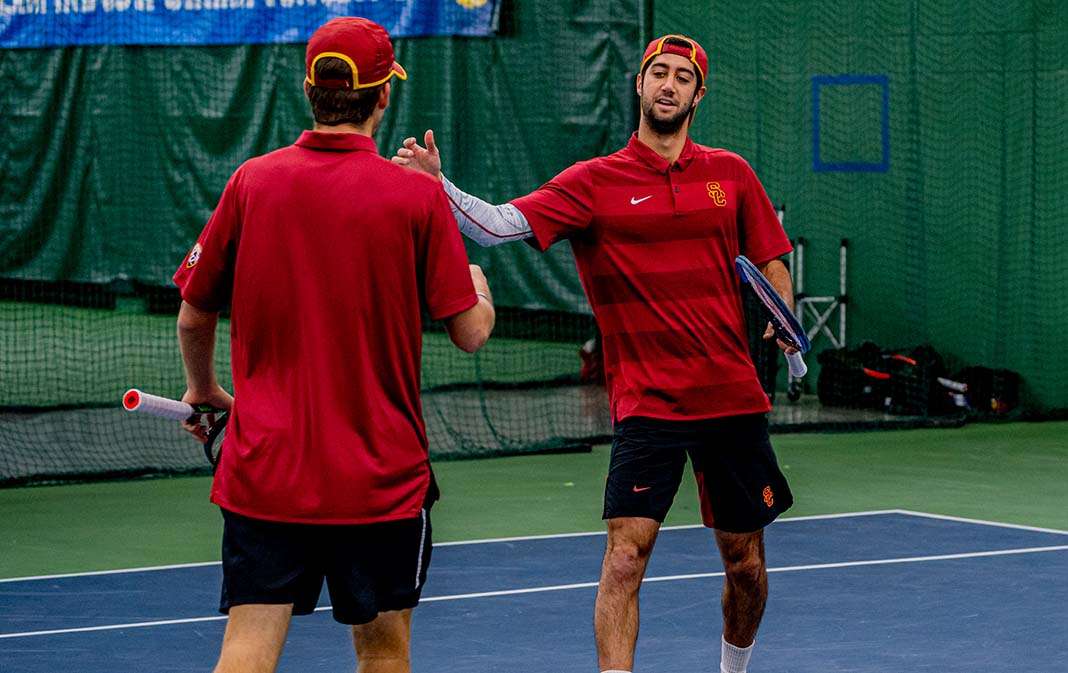 The dust of Kickoff Weekend has settled and there’s some significant shifts in the Oracle ITA Men’s Team Rankings. Reigning Indoors champions USC maintained their spot at the top of the rankings and North Carolina stayed at the No. 2 spot, but that’s where things begin to change.

Coming off an excellent Kickoff Weekend performance, the TCU Horned Frogs slide into No. 3 — a spot vacated by Ohio State who were knocked out of Kickoff Weekend by then No. 22 Virginia. The reigning NCAA national champions Texas moved up two spots to No. 4, while Stanford remained steady at No. 5.