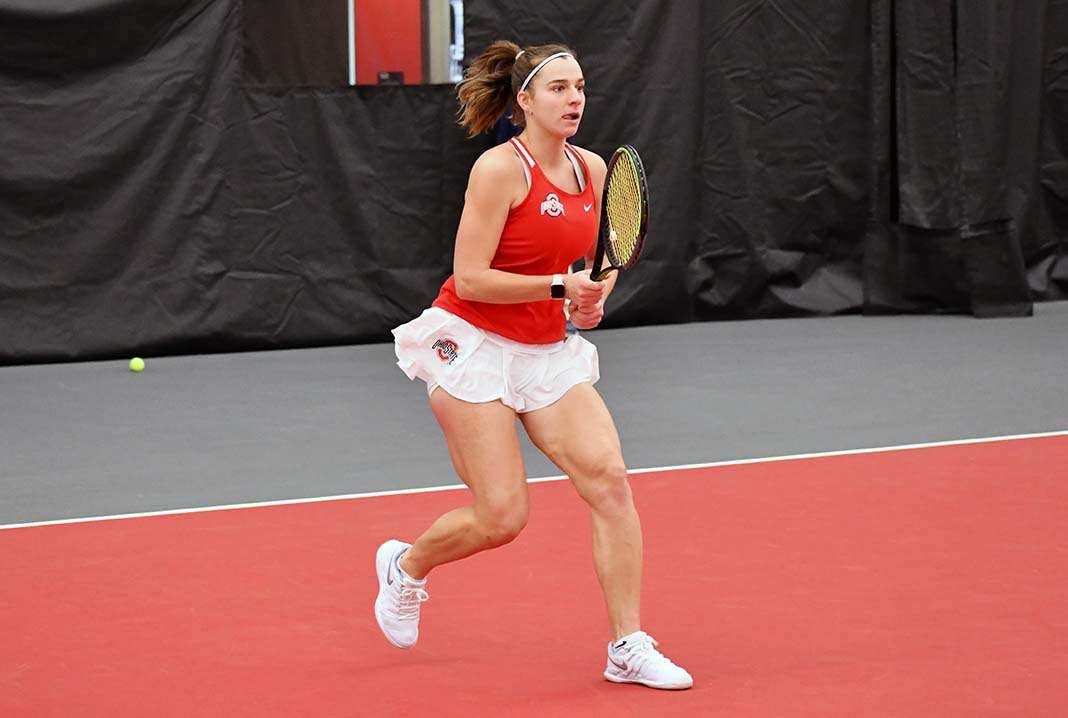 The 2021 college tennis season is officially underway and the first set of UTR ITA Player of the Week awards have been awarded to Ohio State sophomore Irina Cantos Siemers and Tennessee junior Martim Prata. The two student-athletes helped their teams advance to their respective Division I National Team Indoor Championships.

The Ohio State sophomore standout played a crucial role in the Buckeyes upset of then No. 10 Virginia in the championship match of the Ohio State Kickoff Weekend Regional. Cantos Siemers and doubles partner Marzal started off strong and won their match to force the point to be decided on court 1. The sophomore continued her winning ways in singles. Playing at No. 2 singles, she faced ITA Singles All-American Natasha Subhash. Her first and third sets against Subhash were huge. Cantos Siemers would go on to be the first Buckeye to finish in singles and her win pulled Ohio State even with the Cavaliers in the match. She is currently riding a four-match win streak in 2021.

The Vols junior is off to a stellar start to the 2021 season. He has not dropped a singles or doubles match through his first five dual matches. During the ITA Kickoff Weekend, he accumulated impressive wins in doubles and singles over Ole Miss and NC State athletes. In the Vols’ opening match of the weekend against Ole Miss, Prata and doubles partner Monday were the sole Tennessee team to win their doubles matchup. In singles, Prata helped Tennessee pull ahead with a straight set victory over Slavic. The Vols went on to meet then No. 8 NC State in the championship match of Kickoff Weekend. Once again Prata and Monday won their doubles match, but it was Prata’s singles play that stole the show. With Tennessee one point away from qualifying for the National Team Indoor Championship, Prata battled against the Wolfpack’s Babelis. Prata came out on top in a second-set tiebreak and sent the Vols to Indoors for the first time since 2014.