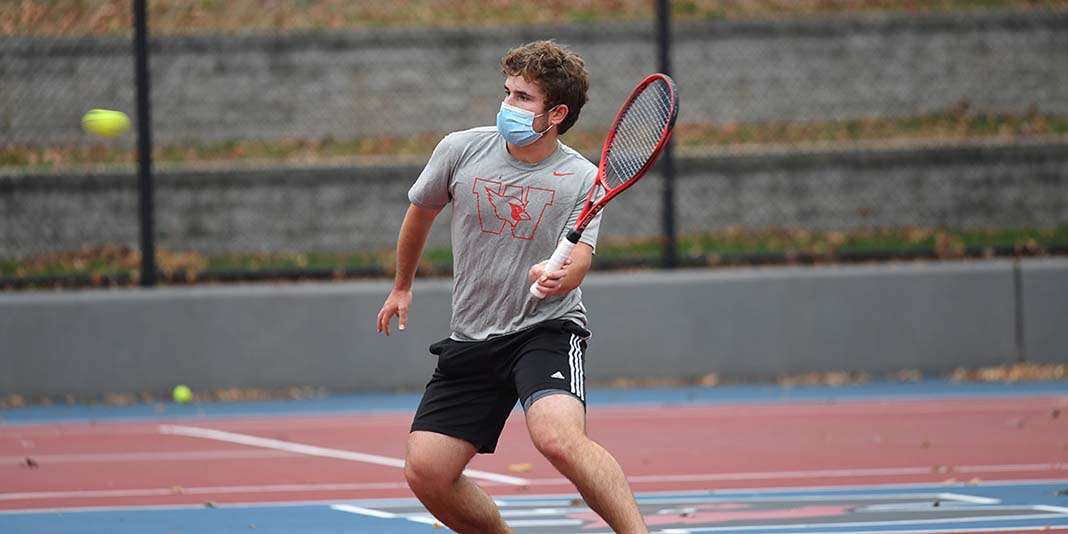 Ten months since their last dual matches. Loads of online classes. Student-athletes spread out all over the world. Spring schedules still being finalized. Recruiting up in the air.

This January is unlike any other for college programs, including for recent national champions.

One program that has captured plenty of momentum as of late is Division III Wesleyan University in Connecticut. With former Brown University standout Mike Fried at the helm, the women’s team captured the school’s first NCAA women’s team championship in any sport when the Cardinals lifted the D-III trophy in 2019. One of just two coaches to be named an ITA Coach of the Year for both men (2017) and women (2019), Fried led his women’s team to a No. 2 ITA national ranking and the men to a No. 6 ranking before the 2020 season was cut short.

When 2020 did come to a halt, Fried admitted the road afterward was difficult.

“It’s tough to quantify just how hard it’s been, but it’s a unique opportunity for us to focus on our mental health, priorities and perspectives, and developing resilience,” said Fried, who is entering his ninth season in Middletown. “I think almost everyone looks at their college years as one of the most rewarding and exciting times of their lives—to have kids work so hard for that opportunity only to see a year or two of it disappear in an instant, it’s extremely difficult to process. We shifted a significant part of our focus this year to helping out student-athletes work through the stages of processing the scope of that change.”

The same can be said for Division II Columbus State University in Georgia. A former Cougar himself, who earned both his bachelor and graduate degrees from the school, men’s and women’s head coach Evan Isaacs has guided both programs to unprecedented heights, including the men’s first NCAA D-II national championship in 2018. That season, Isaacs was also named the ITA Coach of the Year. He led the men’s team to a No. 1 ranking and the women’s squad to a No. 6 mark in 2020 before  play was halted.

“The toughest thing was the anxiety, for those who were here and as a coach not knowing what the players at home were doing,” said Isaacs, who is beginning his 20th year in Columbus. “We had Zoom meetings throughout the months, and tried to bring the anxiety down. We were pushing the players who were back home and giving them workouts and suggestions. I give them credit because they have come back in shape. I have got two motivated groups here.”

Columbus State was fortunate to have a few players on campus in the fall to get some competition in.

“We made the best of it,” said Isaacs. “We had four men and two women here, so we were able to individualize their practices and tailor around to what they needed. We were able to keep them motivated with a couple tournaments, including the ITA Regionals, and we played some local events. The rest of the players were at home and we kept them on scholarship to be online so they could stay on track for graduation. Academically, the players did great, both teams came out with 3.5 GPAs, so they have adjusted well to a hybrid class schedule of online and in-person.”

Up in Connecticut, Wesleyan’s situation was similar, though they did not have a fall slate of competition.

“On the one hand, with class format being a mix of in-person and online, the cancellation of all our fall competition, and a strict set of on-campus COVID-19 protocols – the semester was incredibly different from a typical semester in all regards,” said Fried. “On the other hand, Wesleyan did an amazing job of keeping the campus safe—among the precautions were social distancing, masking and twice-a-week on-campus testing for everyone—and we were able to have a vibrant and productive experience through it all. Tennis-wise, we were able to be on campus, training together daily on and off-court, and it was such a huge benefit not only to our tennis, but also to our mental health as we adapted to the new challenges.

“While it’s been an extraordinarily challenging time for everyone, our student-athletes have done a remarkable job of adapting to circumstances well beyond our control and focusing on making the best of it, one day at a time, and trying to support each other through it all. We’re hoping now that there’s light at the end of the tunnel and we come out stronger when we get there.”

In terms of scheduling for the spring, that is where the two programs face opposite situations.

Read the rest on USTA.com! 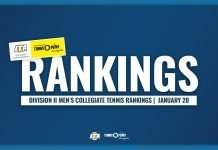