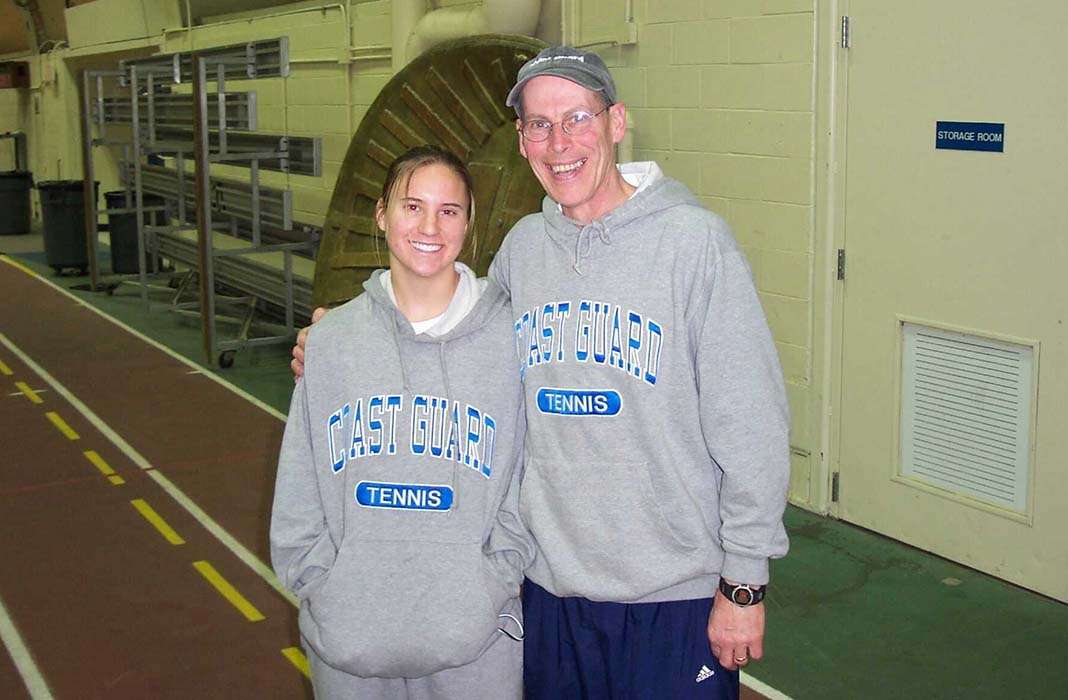 Cheryl Hickey could have easily gone to a Division I school. She could have decided to focus solely on academics at the Coast Guard Academy — they did not have a women’s tennis team, after all. Instead, she became an ITA Singles All-American — on the men’s team.

When she was initially accepted to the Coast Guard Academy, Hickey knew that there was no women’s team, there was not even enough women for a club team, so she reached out to Coach Jim Hazlin to see if she could join the men’s team. She knew the Coast Guard believed in equal opportunities for both male and female cadets.

“The coach was like ‘Sure, come during summer and hit with us,’” Hickey recalled. “He didn’t seem that serious, but when I showed up and he saw that I could play at a higher level – he realized that this person could help the team.”

According to Coach Hazlin, women had walked onto the team prior to Hickey, but she was the first woman to be good enough to earn a varsity singles spot. He credits her drive and determination for her success.

It did not take long for the team to accept her as part of the program. They bonded over watching the opposing players’ faces when they realized that they had to play a woman.

“There were a lot of funny facial expressions,” chuckled Hickey. “[My teammates] would get a kick out of watching their faces kind of fall and everyone would just look at them. Nobody wanted to lose to the girl.”

Hickey admitted there were benefits to that mentality.

“I always felt like I got a good match because everyone played hard because they didn’t want to lose to the female on the team,” Hickey said.

Hickey had more than a good match or two — she had an outstanding season. She was named an ITA Singles All-American her freshman year. Looking back, she admitted, there is a likely reason that she was unable to repeat her stellar year.

“It is harder to keep up that higher level when you are not playing as much [as other student-athletes] because of Coast Guard commitments, so that is probably why I did better earlier on in my tennis career,” Hickey said.

Despite the challenges that Hickey faced, she always felt like she was respected by everyone on the court .

“All of the players, coaches and teams we played were all very nice, welcoming and accepting of me,” Hickey said.

Hickey cherishes her memories and time at the Coast Guard Academy even though it was not initially on her radar — especially since she was fielding Division I offers. She even was committed to the University of Missouri before ending up at the Coast Guard.

It was her interest in the Air Force Academy that helped her discover the Coast Guard Academy.

While in high school, she went to an open house for all of the military academies where she ran into the father of one of her tennis friends who just happened to be the Coast Guard representative. That is when everything clicked.

After graduating from the Coast Guard Academy, Hickey went on to do three tours in the Coast Guard for a total of eight years. After her discharge, she attended medical school at LSU and is now in her fourth year of residency double boarding in internal medicine and emergency medicine.

Hickey has been through a number of challenging events in her life but her freshman year at the Coast Guard Academy – where she took over 20 credits while becoming an All-American – was still the most difficult.

“Having gone through med school, residency, the Coast Guard, and the Coast Guard Academy — the first year at the academy was still the hardest year of my life,” Hickey reflected.

Hickey believes that the demanding life of a Coast Guard Cadet coupled with her determination has been instrumental in her success on and off the court.

“Even if people don’t take you seriously at first, if you have the skills and the drive, they eventually will,” Hickey said. 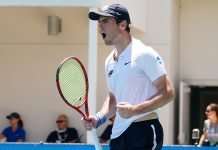 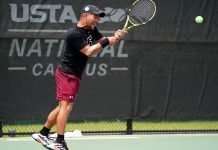