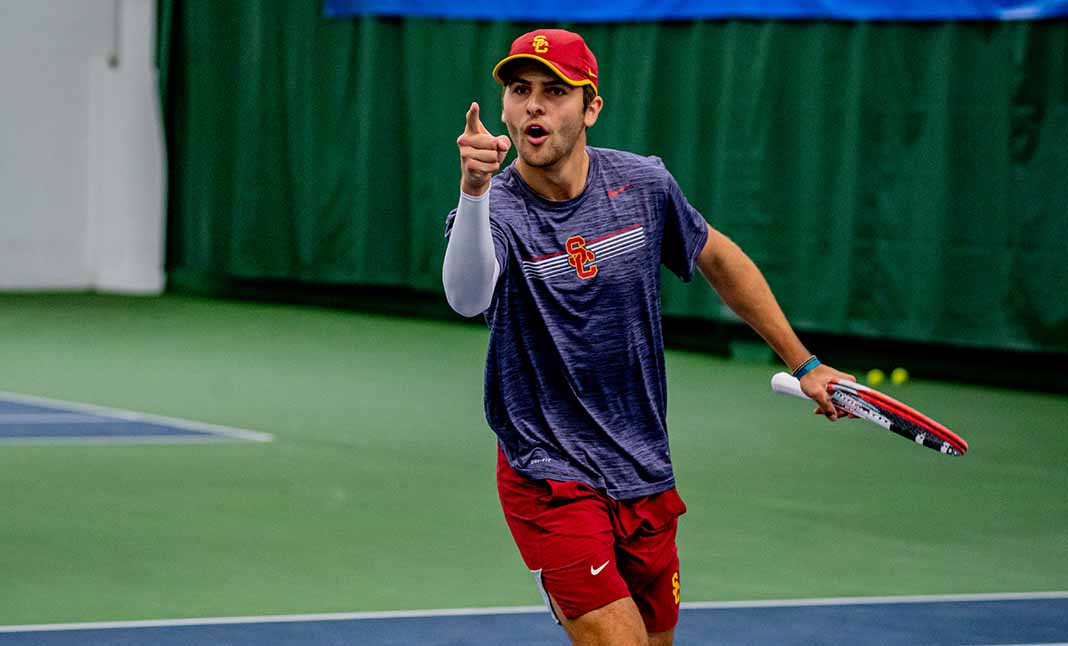 In the final team rankings before the Division I National Men’s Team Indoor Championships, there was some shuffling of positions, but no monumental change. The top three teams remained intact with the USC Trojans leading the way. The Baylor Bears jumped two spots into the top five after downing the then No. 4 Longhorns in Austin this weekend. The Bears turned around the next day and dropped a 1-4 match against No. 3 TCU. Baylor will play for a spot at Indoors against No. 9 Texas A&M on Sunday at the SMU Indoor Tennis Complex.

After dropping a close dual match to SMU on Sunday, Oklahoma fell out of the top 25 rankings. Columbia joined the Sooners and dropped out of the rankings as well. Arizona and Alabama entered the rankings at No. 24 and No. 25, respectively.