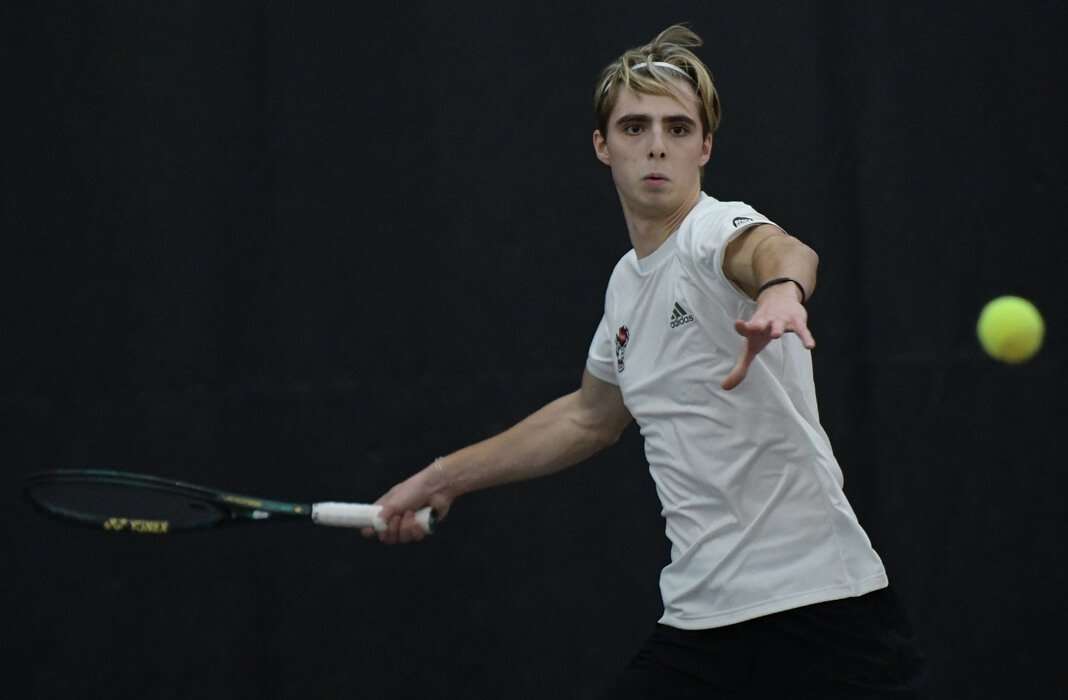 The UTR ITA Players of the Week are Arkansas’ Morgan Cross and NC State’s Robin Catry. The Razorback freshman notched some big wins in singles and doubles while remaining undefeated in singles on the season. During NC State’s match against Georgia, Catry came up big in doubles and helped the Wolfpack secure the point.

Over an action-packed weekend, Arkansas freshman Morgan Cross went undefeated in singles and doubles. Cross started off the weekend with a big win in doubles over No. 49 Ngounoue/Manu of Kansas. Cross and partner Spink clinched the doubles point against the Jayhawks helping the Razorbacks to a perfect 7-0 win. The freshman also came out victorious against Kansas junior Tiffany Lagarde in a back-and-forth three-setter. After a straight-set win over Oral Roberts’ Lebedeva on Friday, Cross once again found herself in a tiebreak — this time against Kansas State’s Manami Ukita. Cross took the first set without too much trouble, but freshman Ukita bounced back in the second. Ultimately, Cross overcame Ukita in the second-set tiebreak. Through the Razorbacks’ first four matches, Cross is undefeated in singles.

In NC State’s close loss to No. 12 Georgia, sophomore Robin Catry shined. Playing at No. 1 doubles with Tadas Babelis, Catry downed ITA Doubles All-Americans Trent Bryde and Tyler Zink. Catry and Babelis’ win helped the Wolfpack secure the doubles point and put them up heading into singles. The Bulldogs then went and tallied up three straight points in singles before Catry finished on court five. His win over Baptiste Anselmo kept the Wolfpack in the match. Catry left little room for Anselmo in the match and defeated him to the tune of 6-2, 6-2. Through NC State’s three dual matches of the season, Catry is undefeated in doubles and singles.