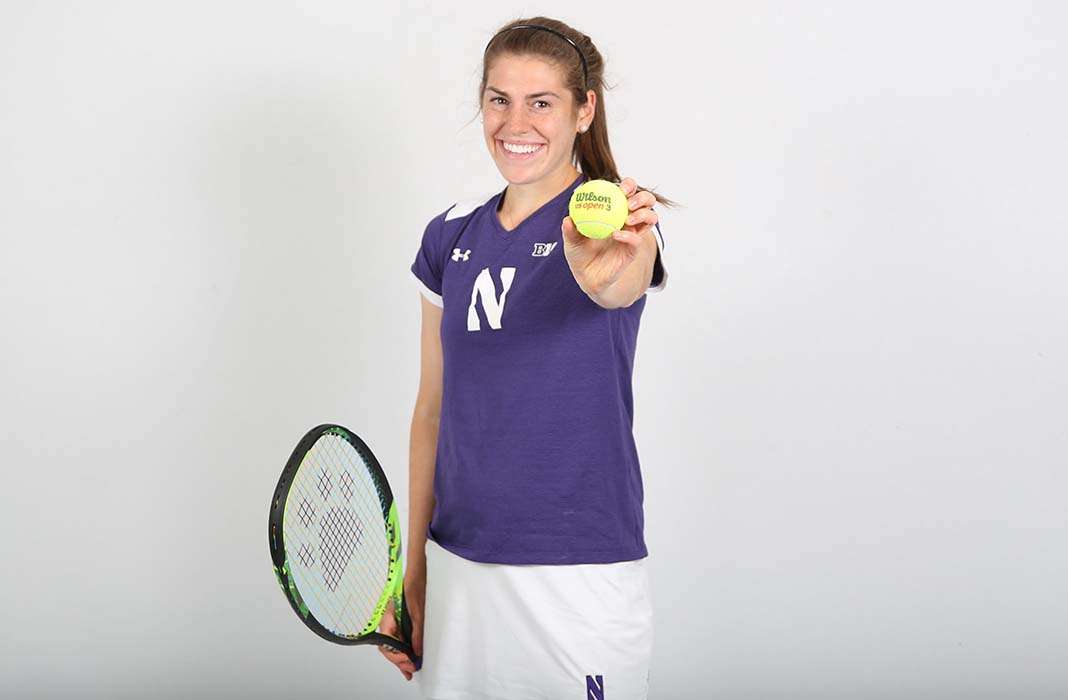 Thank you so much for the best year of tennis I could have ever imagined and for giving me the opportunity to finish my competitive tennis career where it began.  I was 8 years old when I played my first tennis tournament at the Combe Tennis Center.  Everything was so inspiring — the photos of current and former players, the championship banners, and, of course, the scoreboards where your name was in lights and you could change the score if you won the game.

My tennis and academic pathway were untraditional for a Wildcat.  Even though I was only at Northwestern for one year (I played three years for Yale Women’s tennis, but was injured my senior year), Claire Pollard and the NU team welcomed me as a graduate transfer, providing me the once-in-a-lifetime opportunity to be a Wildcat.

Playing tennis for Northwestern and Coach Pollard allowed me to further develop the personal core values I gained from 10 + years as a competitive tennis player. Tennis teaches many life lessons, but the ones that most resonate with me on a daily basis are: never giving up (no matter how far behind you fall), mastering your emotions, understanding true discipline, taking responsibility and ownership of your game, and the sacrifices and relentlessness demanded in order to better yourself and your game. Andre Aggasi was right — it’s the pursuit of perfection, not the realization of it, that is most rewarding.

Northwestern provided the athletic excellence that I had dreamed about since I was 8 years old. Having the training support, access to the new Walter Athletic Center at Northwestern, and playing for one of the most successful coaches in women’s college tennis history was the ultimate student-athlete experience. Thank you Northwestern for the opportunity of a lifetime and for making a lifelong dream come true!

Connect with other college tennis alums!