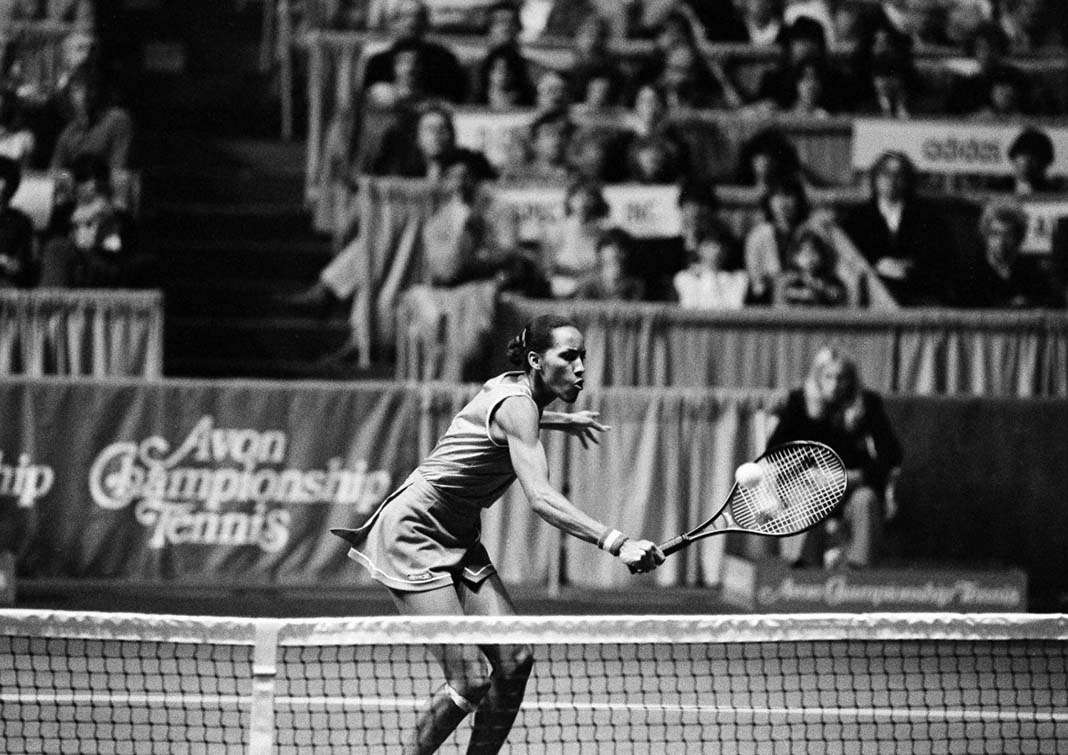 “Before Venus, Serena, or Naomi – I made tennis history,” Leslie Allen said. “With my historic victory at the Avon Championships of Detroit 40 years ago, on February 8, 1981, I became the first black woman to win a major tournament since Althea Gibson in 1958. At the time it was the story in tennis. In 1981, I could only dream that black women would dominate tennis and never imagined we’d have the freedom to use our voice to highlight racial injustice. I am proud to have played a role in changing the complexion and voice of tennis.”

“The date of my victory, February 8, 1981, is seared in my mind not only for the historical significance — it was also the opening night on Broadway and birthday for my mother who gave me my first tennis racquet,” Allen reminisced.

“I knew all eyes were on me and understood the significance the win would have for the Black community,” Allen said in a statement about her experiences on tour in the 1980s. “Even though I knew my victory would inspire others, it was hard to imagine that Black women would one day dominate tennis.”

Allen said she is pleased to see Black women on tour play a prominent role in social justice causes.

“As Black women, we were too often unseen and unheard,” Allen said. “In 1981, I did not have the luxury to speak out; it was too risky. It is heartwarming that we finally have the freedom to use our platform to fight social injustice.”

Here’s to Leslie — who reached a career-high of No. 17 in singles and was runner-up in the 1983 French Open mixed doubles — and all the other black tennis trailblazers of the previous generation, including Renee Blount, Kim Sands and Camille Benjamin.

Being the No. 17 tennis player in the world, by its nature, was a lesson in how to Win4Life. Leslie Allen is an honors graduate of the University of Southern California and a NCAA and WTA champion. She also played at the No. 1 spot for Carnegie Mellon & Fashion Institute of Technology. A dynamic speaker, media trainer, and award-winning athlete development specialist, Allen works with corporations, colleges, nonprofits, and individuals to inspire and teach the life-skills needed to be a winner “off the playing field.” Through Win4Life Enterprises, she shares her passion to educate, empower and lead.