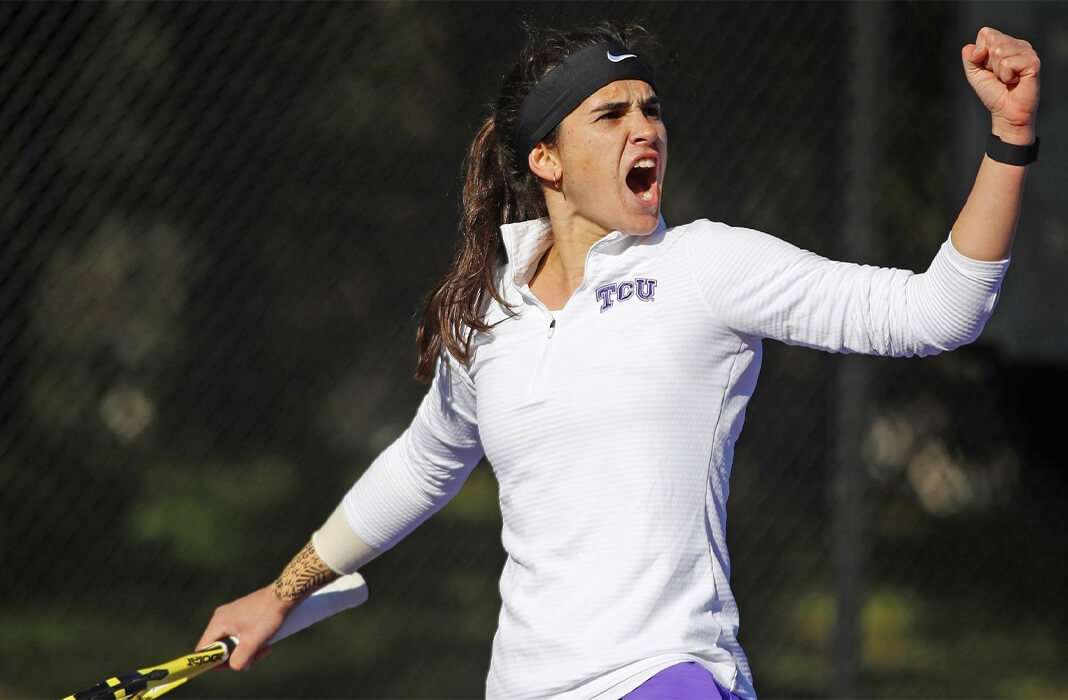 The UTR ITA Player of the Week Award goes to two student-athletes who shined on their respective teams. Both players garnered ranked wins and went undefeated in singles and doubles play this week. TCU’s Mercedes Aristegui and Virginia Tech’s Hugo Maia continue to impress as the season goes on.

Despite her team dropping two matches this week, junior Mercedes Aristegui remains undefeated in singles and on the rise. The highlight of the week for Aristegui and partner Pascual Montalvo was an absolutely dominating 6-0 win over the No. 14 team in the country, Richardson and Geissler. The victory was the first ranked win for the duo. Aristegui rode the momentum from her doubles match into singles where she once again faced Richardson. Playing at No. 3 singles, Aristegui took the first set in a tiebreak and then went on to dominate the second set. She is perfect throughout the dual match season – not dropping a single set (11-0). Earlier in the week, Aristegui was another bright spot for the Horned Frogs. Competing against in-state rival Texas A&M, Aristegui put TCU on the board with the first TCU singles win of the match. In doubles, Aristegui and Pascual Montavalo were holding their own against A&M’s Makarova and Goldsmith at four all, but the Aggies clinched the doubles point before the match was completed.

Virginia Tech freshman Hugo Maia had a big week. He went 2-0 in singles along with claiming a ranked win and 1-0 in doubles. His efforts helped the Hokies to two dual match wins over the past week. On Friday, Maia outlasted fellow freshman and No. 7 on the Top 10 Newcomer list, Joshua Lapadat. Maia dropped the first set against No. 123 Lapadat, but then roared back to take the second 6-1 and win the match in a close third set. Maia also picked up a singles victory this week against Old Dominion’s Nicola Vidal. The freshman was the first Hokie to win a singles match and an important player in Virginia Tech’s close 4-3 victory. On Sunday, Maia made his collegiate doubles debut and walked away with a win. Paired with Matthis Ross, Maia clinched the doubles point for the Hokies in a close tiebreaker over Middle Tennessee’s duo of Rauch and Rocha.