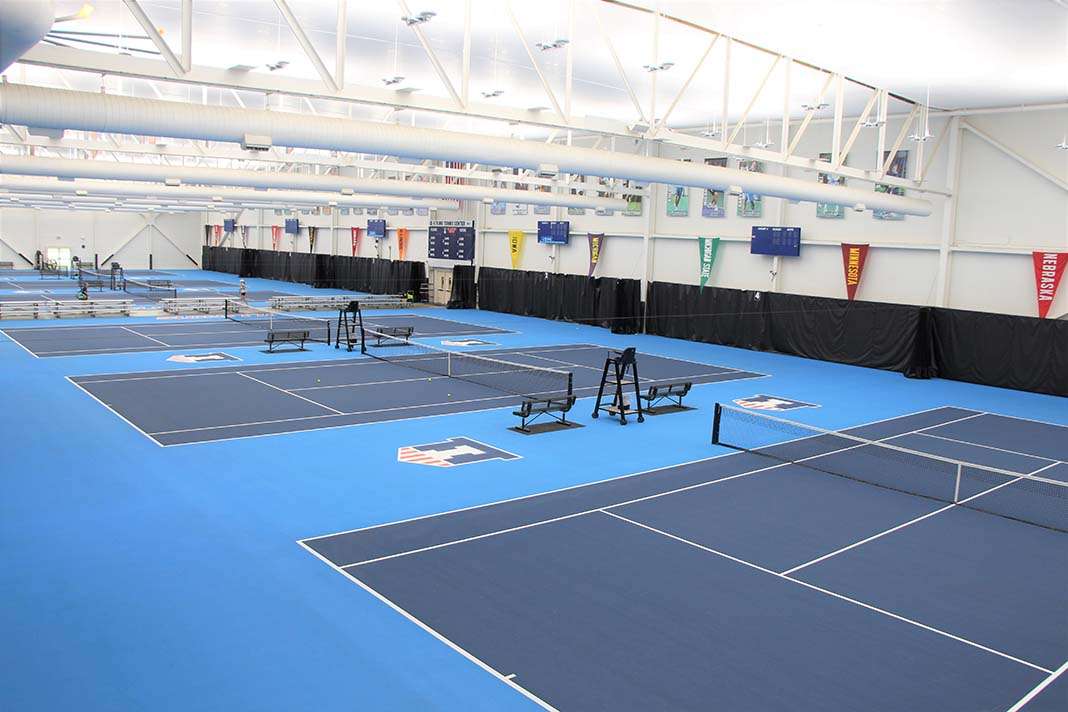 The 2021 ITA Division I Men’s National Team Indoor Championship will kick off on Friday at the Atkins Tennis Center on the University of Illinois campus.

The eight-team field will compete for the national championship over a three day, single-elimination tournament. All but one of the teams competing at Indoors are currently ranked in the top 10 of the Oracle ITA Rankings.

Play will start Friday morning with a matchup between No. 3 TCU and No. 6 Virginia. Roditi’s Horned Frogs and Pedroso’s Cavaliers are heading into the match undefeated. TCU owns ranked wins over then No. 6 Baylor and No. 20 Ole Miss. The Cavaliers are bringing in two ranked wins of their own over No. 14 Wake Forest and then No. 3 Ohio State.

2020 Indoors runner-up North Carolina will begin their journey to the national title against the Tennessee Vols. The Heels will be in pursuit of their second national title, while the Vols will be searching for their first. Carolina will be led by eight-time ITA All-American and No. 2 singles player in the country William Blumberg.

The third match of the day on Friday will be an in-state battle between No. 4 Baylor and No. 5 Texas. Two weeks ago the Bears dominated the Longhorns on their home courts in Austin. Baylor is fresh off their 4-1 victory over No. 9 Texas A&M this past Sunday. The match was their delayed ITA Kickoff Weekend Regional championship.

The University of Illinois may serve to be a good luck charm for the Bears. Baylor’s one National Team Indoor Championship title came in 2005 when Illinois played host. Defending NCAA national champions Texas are still in pursuit of their first Indoor championship.

Defending Indoors Champions USC and host Illinois will be the nightcap for the quarterfinals. USC heads into Indoors as the No. 1 team in the country along with boasting the No. 1 singles player in Daniel Cukierman and No. 1 doubles team in Cukierman and Smith. The Trojans will be in pursuit of their 5th Indoors national title.

The Trojans will come into the match with a considerable amount more of matchplay this season than Illinois. USC is 7-0 on the season, while Illinois just had their first dual match of the season on Tuesday against Wisconsin. Illinois will look to ITA Singles All-American Alex Brown to lead the way against USC.

In addition to the standard live-stream and post-match box scores, coverage will include play-by-play commentary.

All the action can be viewed free of charge on PlaySight.com/live and live scoring is available as well.