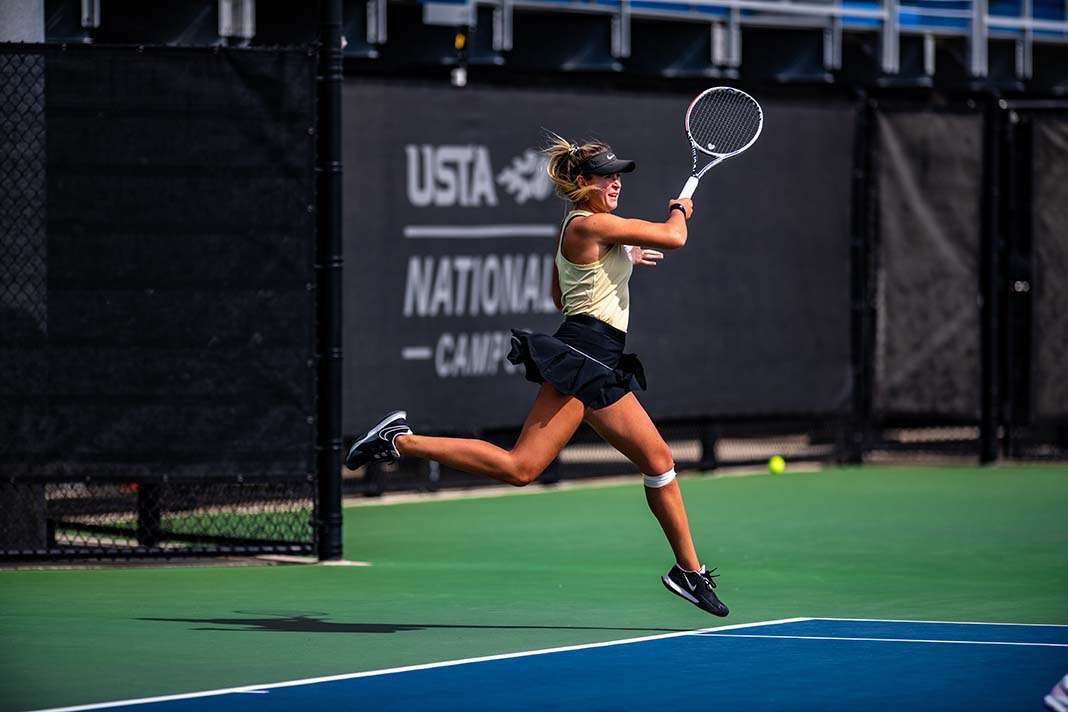 The UTR ITA Player of the Week awards were given to two student-athletes that were 4-0 in singles and in doubles along with helping lead their programs to two wins this week. UCF’s Valeriya Zeleva and Denver’s James Davis both added ranked wins to their resumes along with improving their record.

UCF’s Valeriya Zeleva came up big for the Knights in two in-state matches this past week. First, the No. 22 Knights downed No. 21 Florida 4-1. Zeleva and partner Kuznetsova set the tone for the match by finishing first in doubles. They defeated Jarlskog and Dahlstrom 6-2. The pair is currently ranked No. 60 in the nation. In singles, once again Zeleva was the first to finish. The redshirt junior downed Florida’s Marlee Zein in straight sets to put UCF up 2-0. On Saturday, the Knights blanked Miami in Lake Nona. The dominant performance was clinched by Zeleva. In doubles, Zeleva and Kuznetsova continued their winning ways. The duo clinched the doubles point with their 6-4 victory over Achong and Pfenning. In singles, No. 67 Zeleva faced No. 87 Achong. Zeleva won her match in a second-set tiebreak and clinched the match for her team. The victory was the first in program history over Miami. Zeleva is a perfect 3-0 when playing at No. 2 singles and is on a four-match winning streak.

Senior Pioneer James Davis put together a perfect week of play to help the Denver men’s team to two straight wins. Davis and partner Summers dominated both doubles teams they faced over the past week — winning 6-2 in both. The No. 42 ranked pair took down No. 32 Marius Frosa and Murkel Dellien during Denver’s 6-1 win over Wichita State. Davis faced off against Dellien later in singles and the outcome was the same. Playing at No. 2 singles, Davis battled with Dellien in the first set forcing a tie break to decide. Up a set, Davis sealed the victory with a strong 6-3 second set. On Sunday, Davis helped lead the Pioneers to a 5-2 victory over UNLV. He faced Jordan Sauer at No. 2 singles. Davis only dropped three games to Sauer – winning 6-1, 6-2. The senior is 5-1 in singles and 3-2 in doubles on the year.