One of the premier NAIA and HBCU tennis schools in the country has not changed their goals this spring. Despite the constant changes caused by COVID-19 to the inclement weather that New Orleans has experienced this winter, Xavier University of Louisiana still has its sights set on competing for a national championship.

Alan Green has seen plenty since joining XULA as a student-athlete. As soon as he claimed the Gulf Coast Athletic Conference singles title and graduated that same year in 2002, he was hired as the men’s and women’s head coach. Green has not looked back.

After three seasons at the helm, he navigated the devastation and effects from Hurricane Katrina that caused the cancellation of the 2005-06 season. He ultimately received his master’s degree from Xavier in 2008, then had another season cut off due to the pandemic that shut down the college season in 2020. However, Green has his teams prepared for another memorable season in 2021.

Q: How did you prepare for this upcoming season?

Green: The first thing that I did was I tried to make sure we had all of the right information on the safety protocols. Once I got all of that information, I met with the team to discuss what we had to do to stay safe. We have mandatory rapid and PCR tests within the department and within the university, so we do both. Alan Green, Xavier University of Louisiana Head Coach. Photo Credit: Yamlak Tsega, xulagold.com.

As far as scheduling, practices and matches, I tried to keep that part as normal as possible and not change anything we’ve done in the past. Even though we are in a pandemic, I wanted to try and make it as normal as possible, although it’s not. I’m thankful for being a part of the NAIA during this time as well. I give a lot of credit to them for keeping the competition going, keeping everyone safe and being a leader during the pandemic.

Q: Was there difficulty in finalizing the roster for this year?

Green: Fortunately, the recruiting has been going well. We lost a couple of players who were able to graduate and still have eligibility left, so they were able to parlay that extra year of eligibility into being a part of a graduate program and play for that school as well. I do have one veteran player who believed we have the chance to compete for a national championship this year and she wanted to stay and be a part of that. So she is going to graduate school here at Xavier. However, it’s a challenge. Players have to look out for their future and make the best decision for them. The main thing is keeping up the recruiting. The roster is mostly intact and we added some talented players, so we expect to continue to build on what we’ve already been doing and stay where we are, if not win a national championship.

Q: What is the hardest thing you’ve experienced as a coach since the pandemic hit?

Green: The hardest part has been the uncertainty, and really easing fears because a lot of the players have fears. They have fear of the pandemic, of not being able to play their last year in college. I think about high school kids who don’t have prom or a real graduation. I look at it that way. It’s players missing out on the college traditions that they look forward to when they come to our program.

Q: From the events in this country in 2020, the spotlight is shining more on HBCU schools. Are you seeing that at XULA?

Green: A lot of attention has been brought to HBCUs that we didn’t get before. These schools have been the best-kept secret. There have been so many successful people coming out of HBCUs that nobody knew about. There are many different hospitals, buildings and street names that were named after people who were products of HBCUs, too. Now the U.S. vice president is a female from an HBCU. Look at Makur Maker, who could have gone to Duke or North Carolina for basketball in 2020, and he went to Howard. So we are starting to see a movement where talents are going to HBCUs first when they could have gone to much bigger schools. The exposure we are getting now is going to help all HBCUs around the country.

For us, a lot of the top prospects want to go to NCAA schools and they don’t know much about NAIA. Even for the NCAA level though, players didn’t know much about the HBCU schools there. Now with this happening in our country, attention is spreading. A lot of minorities play tennis and they are coming to HBCUs now because they feel like it’s a place where they are wanted, where they can thrive and where it’s family-oriented, so they won’t just be a number.

Q: During the 2019 NAIA Championships, there were members of your team who could not eat or drink due to religious beliefs. What was that event like for them?

Green: I had three Muslim players on the men’s team, and the championships were during Ramadan. It’s a whole month they have to follow the schedule and it just happened to fall during nationals. It was a major concern of mine before the tournament started, but the guys let me know beforehand that they were going to practice Ramadan and that they were used to it since they did it during juniors. So they weren’t allowed to eat or drink from sunup to sundown. The guys were waking up around 5:30 a.m. and eating and drinking as much as they could to put fuel into their bodies to get them through the days. According to the religion, if they do eat or drink during daylight hours, they have to make up any days even when Ramadan is over. I was thinking about the organs not getting liquids and food. They all promised me that if it got to a point where they felt like there is a health scare, they will drink or eat, but they will be as strong as possible and get through it, which they did.

Q: What is your proudest moment at Xavier?

Green: It’s the relationships I’ve built with my players. Just to see where they are after graduation and have them call or text me to tell me, ‘Hey coach, remember when you said this to me? You were right.’ I tell them all of the time that they won’t understand what I’m saying now but it’s going to hit you 5-10 years down the road. Give me the satisfaction of letting me know that today’s the day that you’ve experienced what I told you. That’s been very rewarding to me to watch them grow, be successful, become the person that they’ve always wanted to be and say they are so glad that they came to Xavier. 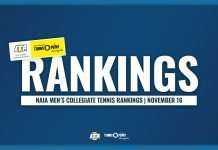