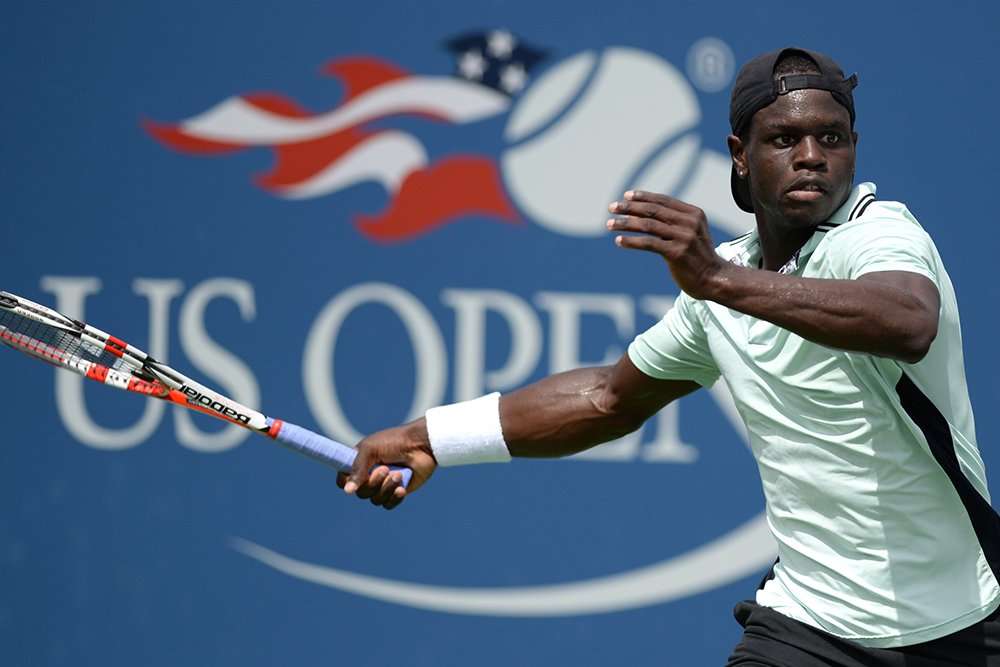 Jermaine and Jarmere Jenkins grew up among eight other siblings as tennis-obsessed kids, watching Venus and Serena Williams on TV. In their professional careers, the brothers have had a much closer vantage point—from about 78 feet across the net.

Jermaine, who is currently a USTA Player Development women’s national coach, worked with Venus as a hitting partner from 2015-18 and went on to coach Naomi Osaka in 2019. Jarmere, a former ATP Top 200 pro, has been Serena’s hitting partner since 2018.

“Growing up watching Serena and Venus on TV, you only get one side of them,” Jarmere explained. “And then when you meet them in person, you see Serena as a mom, you see her as a business person, you see her hanging out with her friends, going out to dinner. There’s so much more that goes into being Serena.”

On the court, the 30-year-old has been a sponge, taking full advantage of the opportunity to work with and learn from his childhood idol and her coach, Patrick Mouratoglou. Jermaine, 36, did the same with Venus and then-coach David Witt.

Among the invaluable lessons they’ve learned, both cited the importance of routine, resilience and a laser focus on improving as key ingredients to the “culture of excellence” both sisters have developed.

But equally important, mixed in with the hard work, is finding fun along the journey.

“That fun could come through a dance sporadically in the middle of a serious practice,” Jermaine said, flashing the trademark smile that never seems to leave his face. “Or maybe they need to lighten up and the joke becomes on you, so they feel like, ‘OK, you know what, the pressure’s off of me, I’m going to make fun of you.’”

While Jermaine parlayed his time with Venus into a lead coaching role with then-world No. 1 Osaka, as well as work with Coco Gauff, Jarmere’s future aspirations are on hold as he makes the most of his time with the 23-time Grand Slam singles champion.

“Working with Serena, it’s definitely going to open up some doors and some other opportunities,” he said. “Right now, I’m 100-percent focused on the job at hand, and then I’ll let this take me to wherever it can go.”

“This job has prepared me for anything else that I’m going to have to do in the future, whether it’s tennis-related or not. When you step on the court with Serena, whether you feel like it or not, you’ve got to be ready to go. The pressure in those moments is high.

“She commands that level of excellence on a daily basis; there are no off days. That’s what makes her who she is.”

“They really shattered the mindset when it came to what we typically see as hitting partners and training partners,” offered former WTA player Jewel Peterson, who grew up playing with the brothers in Atlanta.

“That really changed the culture. That’s a really big deal. And to have two brothers, working with two sisters… we may not see anything like that ever again.”

Jermaine’s unique journey—from top junior, to Clemson University standout, to elite hitting partner, to high-performance coach—looks to be a trailblazing one, with Jarmere on a similar fast track and others to follow.

“It’s kind of a hard job description or pathway to create,” Jermaine shared. “Because of what we’ve accomplished prior to coaching, I think it sets an example for the next generation of coaches to come behind us.

“Every action that we take can be an example. I definitely feel obligated to be a role model, a mentor for younger guys and girls coming up… to have them lean on me through whatever journey that they may have.”

Jarmere, a former NCAA champion with the University of Virginia and the 2013 ITA National Player of the Year, often works with younger players when his schedule permits, including offering up free tennis lessons.

“We’re obligated to be pillars in the community when it comes to that front,” he said. “There’s so much knowledge that we’ve gained throughout the years to where we’d be doing ourselves a disservice if we didn’t give that back. Tennis is just one of those avenues that we’re able to do that.”

Their platform extends beyond the tennis court and into society, no doubt stemming from a childhood centered on inclusivity and helping others. They grew up in Atlanta in a family of nine boys and one girl, with six of the children adopted. (Jermaine and Jarmere, as well as older brother Jackie, who played tennis at Northwestern on a full scholarship, are not among those six.)

Their mother ran a nursery when they were young, which evolved into foster care, taking care of underprivileged kids. Many of the kids in the foster home were adopted as toddlers to become new members of the family, including several special-needs children. Their parents recently adopted two more kids, making it 10 boys and two girls in total.

“Growing up, we just mysteriously had more brothers and sisters by the week,” Jermaine joked.

After their father introduced them to tennis, the sport played a major role in the family of 12 and daily practices became a family tradition, with each child having a role to play.

“If you didn’t play tennis, you were picking up balls,” Jermaine looked back, “and if you couldn’t pick up balls, you were hanging out on the side of the court.

“Tennis definitely connected the family in a way that was pretty special.”

Their parents’ passion for making a difference in the lives of others shows through today in the positivity both brothers radiate. They are currently involved in a nationwide mentorship program started by former WTA Top 40 pro Shenay Perry and are constantly making themselves available for those around them, tennis players or not.