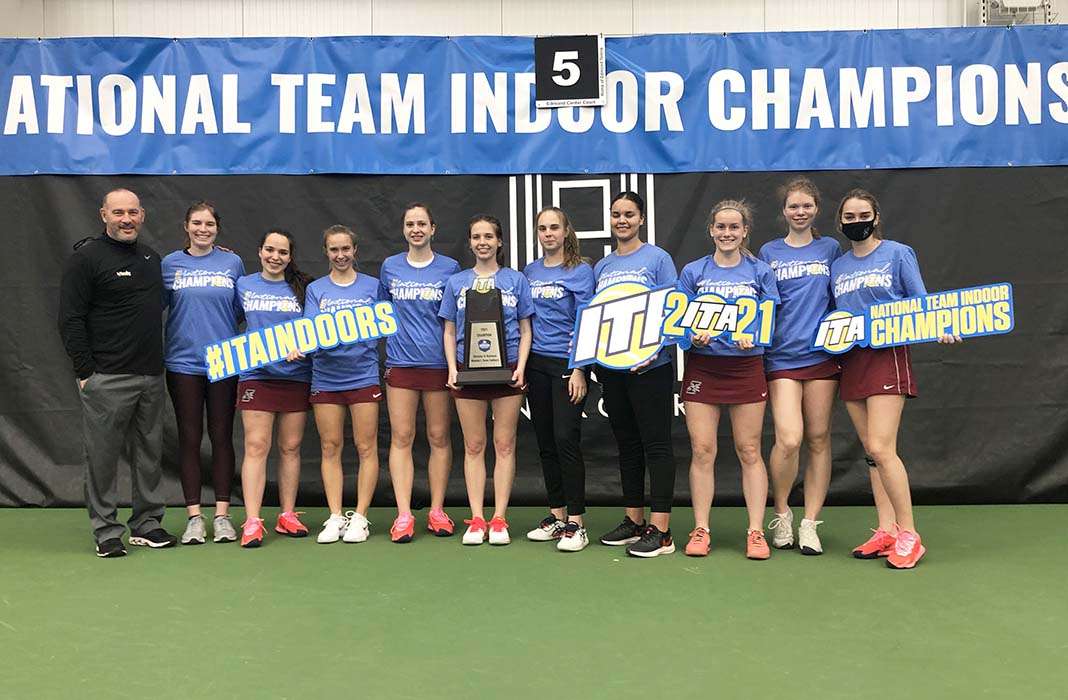 One week did not make much of a difference between the University of Indianapolis and Southwest Baptist University. The Greyhounds ran through the Bearcats in the championship match of the ITA Division II Women’s National Team Indoor Championship. Much like their first meeting this season a week ago, Indy put up four straight points to clinch the match – and national title – over SBU.

The Greyhounds were in the driver’s seat from the beginning of the match to the end. Starting with a strong doubles lineup, Indy jumped out to a 3-0 lead on courts one and two. Continuing their dominance, Kislitskaya and Lagoda closed out their match with Zheng and Pascual without allowing the SBU duo a single game. Next to them on court three, Sharonova and Sholnyskina clinched the doubles point with 6-1 victory.

Things did not change much in singles.

Three Indy players got out to a 4-0 start — two of which took their first set 6-0. Those two student-athletes – Novikova and Lagoda – blazed through their matches and recorded perfect 6-0, 6-0 wins to put the Greyhounds within one point of the national title — all before No. 3 singles finished their first set.

Despite Southwest Baptist’s best efforts, Indy could not be held back from the national title. Sharonova kicked her game into top gear during her second set. After taking the first set 6-4, she blanked Cincunegui to clinch the match.

In all, the Greyhounds played an outstanding championship match. They only dropped one set across and 23 total games across all singles and doubles matches. Their victory over the Bearcats was their third straight sweep of the championship and brought their winning streak to seven.

See how the Greyhounds reached the championship!