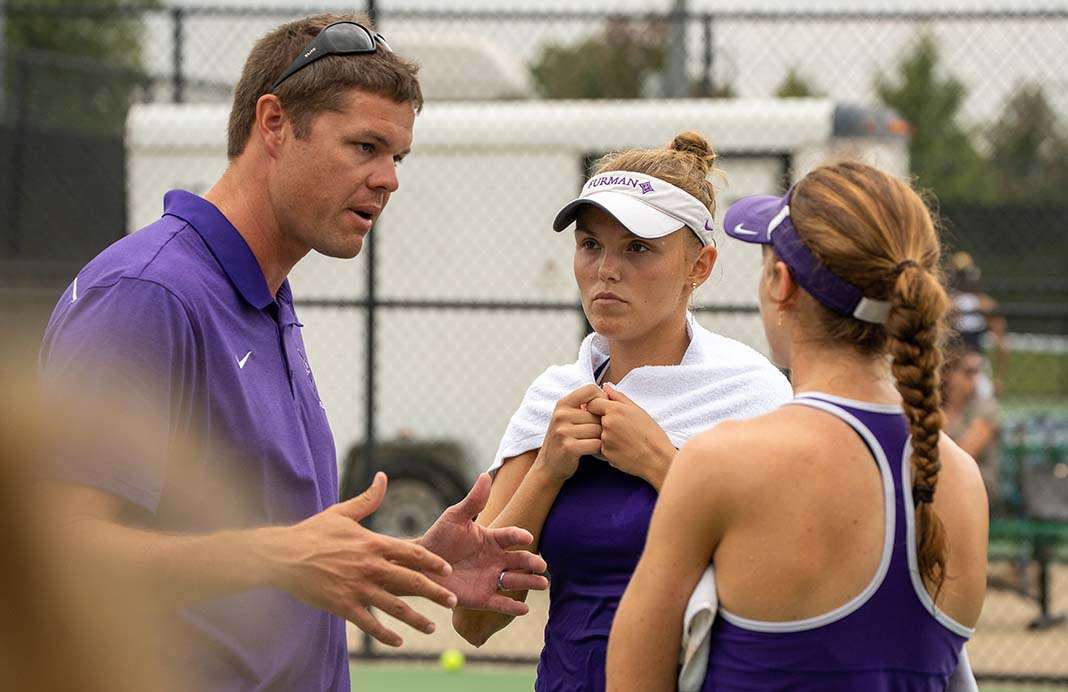 The Division I UTR ITA Team of the Month awards were given to the Furman women and Memphis men for the month of February. The two teams trended upwards during the month — entering the top 25 of the Oracle ITA Rankings, earning ranked wins, and stringing together an impressive record. All of which was reflected in the program’s increase in their UTR Power 6.

The Furman Paladins were on a mission in February. It did not matter who they were playing or what their ranking was – they were going to give their all to win the match. Over the course of the month, the Paladins went 8-1 including two top 20 wins. Their stellar play was rewarded with inclusion in the top 25 of the Oracle ITA Rankings and an overall increase in their UTR Power 6 of 0.31. Furman’s February started with a tough four-game stretch – three of which were road matches – that pitted them against top talent in the nation. Within a three-day stretch, Furman handed No. 16 Wake Forest and No. 18 South Carolina a loss — both by the score of 5-2. The Paladins capped off the four-game stretch with a commanding 4-1 win over Virginia Tech. Furman’s sole loss during February came at Marshall. Playing without their No. 1 player, Katarina Kozarov, Furman narrowly dropped the 4-3 match to Marshall. Kozarov is currently ranked No. 15 in the nation. After the Marshall loss, the Paladins rolled past their next four opponents. The most any team scored in a match against the Paladins was one point.

The Memphis Tigers tested their mettle against the SEC in February facing five teams from the conference on the road during the month. The result? A 4-1 record including a top 20 win. The Tigers’ strong showing also resulted in an inclusion in the top 25 of the Oracle ITA Rankings and an overall increase in their UTR Power 6 of 0.92. Memphis started out February with a bang playing No. 17 Ole Miss on the first day of the month. Despite losing the doubles point against the Rebels, the Tigers bore down and clinched the match in singles on court four. During the Ole Miss match, Memphis’ No. 1 Story recorded a dominating 6-1, 6-2 win over No. 62 Sandkaulen. Memphis’ sole loss came a week later at Mississippi State. The Tigers did not go down without a fight — the match stretched for over three hours before the Bulldogs pulled out a victory. The Tigers bounced back after the loss to Mississippi State winning three straight over Clemson, Vanderbilt, and Arkansas. Memphis clinched all three matches before allowing their opponent to get on the board.