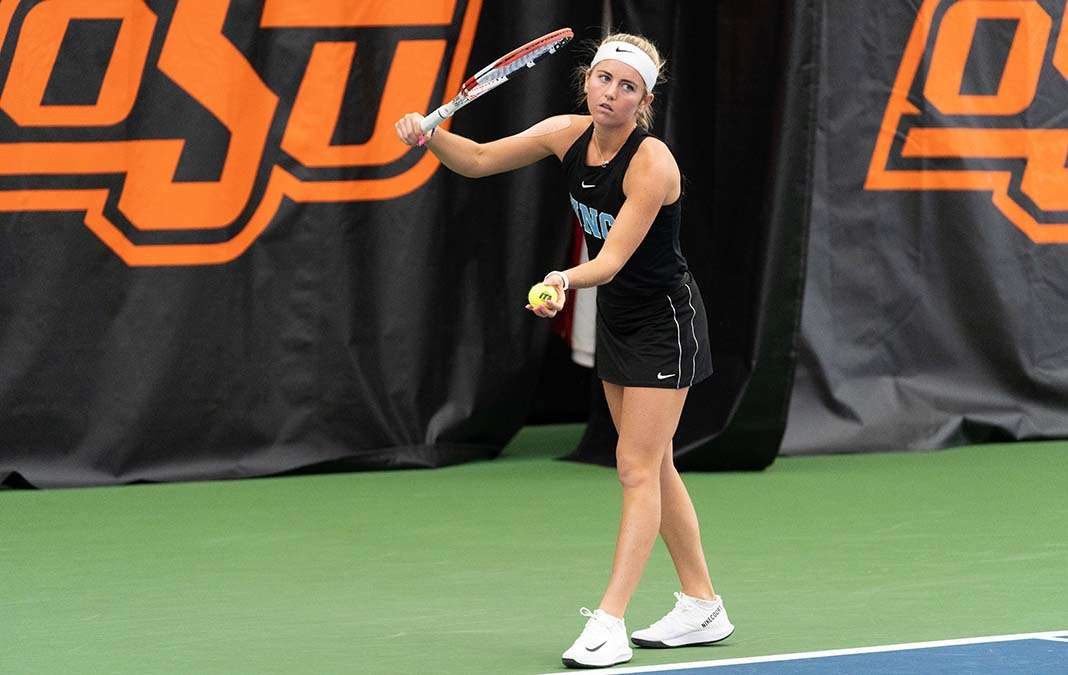 With the Oracle ITA Team Rankings expanding this week to include the top 50 teams, the Tar Heels continued their reign at the top. In fact, the top seven teams in the nation held their spot from last Wednesday.

The same cannot be said of teams ranked from No. 8 to 17. The Duke Blue Devils saw the biggest rise in rankings this week jumping three spots to No. 8. They notched their second straight ACC win over Louisville — a match they swept. On the other end of the spectrum, the Oklahoma State Cowgirls saw the largest drop. The Cowgirls moved down four spots to No. 17. OSU has been busy since last week’s rankings playing three matches and going 1-2. They swept Oral Roberts, but then lost two straight to No. 4 Pepperdine and No. 16 USC in California.