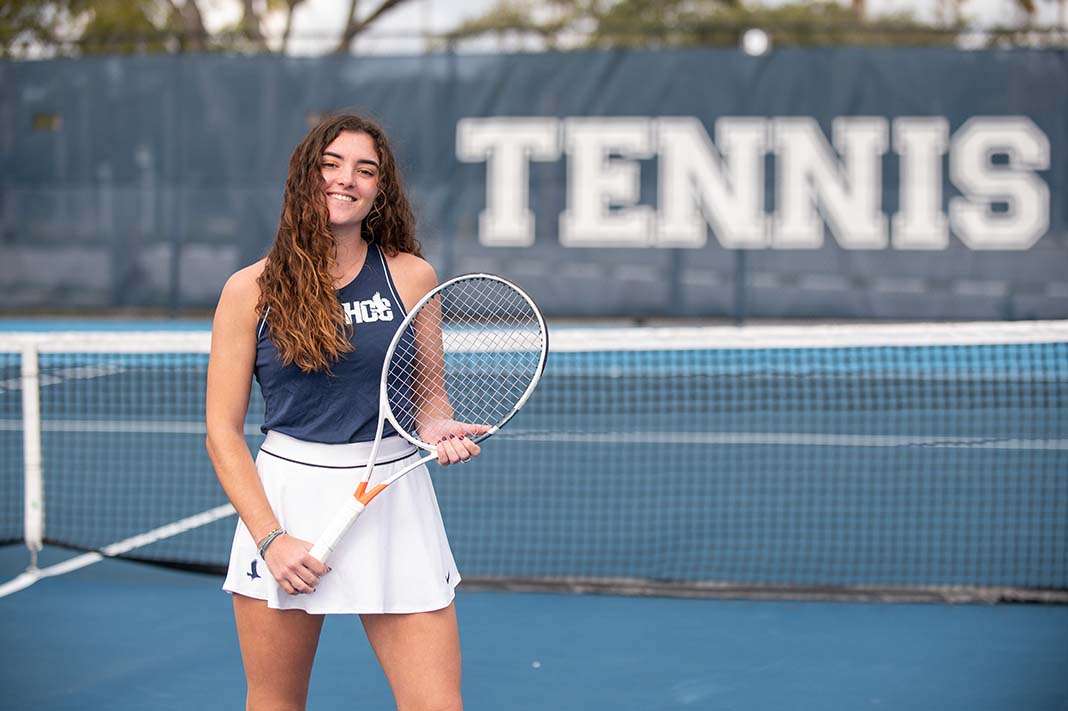 The UTR ITA Player of the Week awards were given out this week to men and women from Division I and II along with NAIA and Junior College. All of the recipients had an outstanding week of play and shined for their respective teams. Their success was reflected in the change in their UTR — which was as large as an 0.57 point increase.

The Gonzaga sophomore recorded a perfect week in both doubles and singles going 4-0 across two matches. The Zags first faced Boise State on their home courts. Hollingworth handled his opponents easily finishing first in both singles and doubles. In singles, he defeated Kyryll in straight sets not allowing his opponent a single game in the second set. The following Sunday, the Bulldogs swept Portland State. Hollingworth clinched both the doubles and singles point for his team. He is 5-2 on the year in singles.

The UAB junior recorded three singles wins over the week — two of which she won after dropping her first set. In doubles, Hrabalova went 2-1 narrowly dropping her match against South Alabama’s Moreno/Takanishi in a tiebreak. She responded later in singles by winning in straight sets over South Alabama’s Scheufler — the only Blazer to win a singles match. In the following two matches against Samford and Murray State Hrabalova went undefeated in singles and doubles.

It was a productive week for Jesus Garcia. He played in two dual matches for the Lee Flames and finished the week undefeated. In Lee’s match against Carson-Newman, playing at No. 1 singles Garcia put together a monster 6-1 second set against Rintaro after narrowly taking the first set. Garcia finished the week with a victory over King’s Sodre. The Lee junior took the first set with ease, but had to battle till the end in the second. Garcia and Sodre were the last match to finish with Garcia winning in the second set tiebreak.

Harding’s Hana Folse went 4-0 this past week across singles and doubles. The senior Bison started the week helping her team sweep Ouachita Baptist. Alongside her partner Lina Romero, Folse started the Bison off strong by winning her doubles match 6-1. She followed up her decisive doubles performance with a straight set win in singles. Later in the week at Southern Arkansas, Folse and Romero clinched the doubles point for the Bison. Once again she won her singles match — this time finishing first despite going to three sets.

In the Bulldogs’ season opener against Thomas More, Gonzalez contributed one win to the clean sweep. Playing at No. 4 singles, Gonzalez defeated Haught 6-4, 6-2. In Union’s match later in the week against Belmont Abbey, Gonzalez moved up to No. 2 singles. There he outlasted Gabriel Martin in a three-set battle. Earlier in the match, Gonzalez and partner Gastaldi Olazaguirre defeated Martin and his partner Julian Gonzalez 6-3.

Marian’s lone senior, Lizzie McClure, made the most of the match she competed in this week. The Knights faced Indiana University Kokomo on their own courts — sweeping them 7-0. McClure put the final nail in the coffin for the Knights. She won her match at No. 6 singles in straight sets, powering through the second set to win 6-4, 6-1.

Jones’ Ryan Myers added four wins to his resume this week. He is undefeated in singles and doubles on the season. In the Bobcats’ dual with Hinds, Myers defeated Justin Humphreys in straight sets — his seventh straight set win on the season. His second singles match of the week was a battle. Playing Itawamba’s Torean King, Myers won 6-7 (5), 6-3, 1-0 (4).

Hillsborough Community College started their spring season this week 2-0. Freshman Magda Tuells helped the Lady Hawks to the victories by going undefeated in singles and doubles. Tuells made a statement with her singles victories winning both in straight sets. Playing at No. 2 singles, Tuells faced Lou Freitas Bonet of State College of Florida, Manatee-Sarasota and Carlota Martinez of Eastern Florida State College.