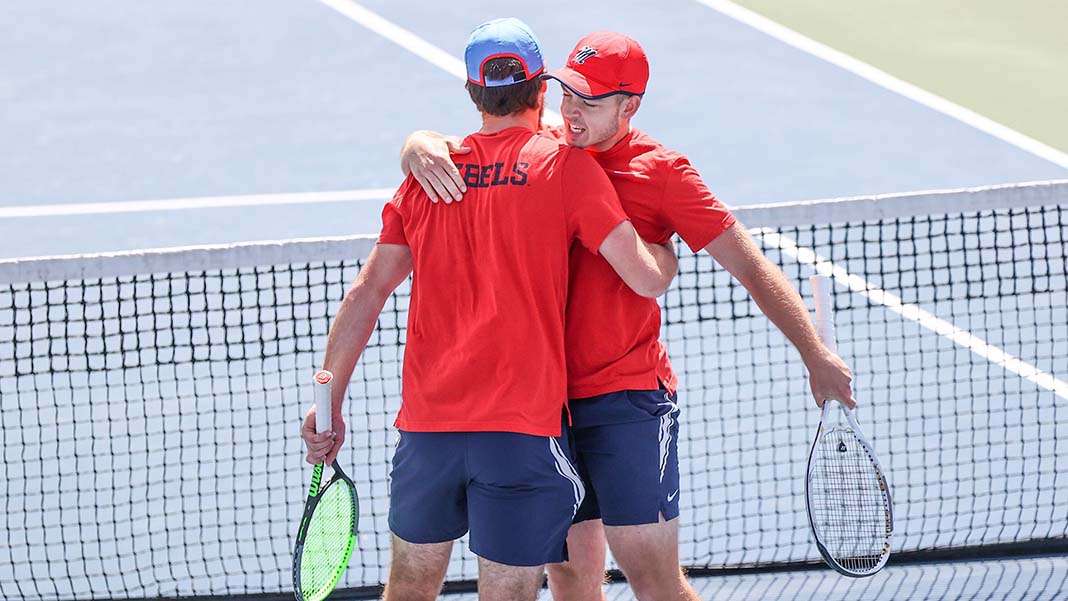 The top three doubles pairs remained the same in the Oracle ITA Division I Men’s Doubles Rankings, but the rest of the top 10 saw some new faces. Virginia’s No. 1 duo of Söderlund and Woodall shot up six spots this week to No. 4. The duo downed UNC’s Blumberg and Cernoch (No. 5) in a tight battle to clinch the doubles point in the Cavalier’s victory over the Heels.

Two teams broke into the top 10 this week — Northwestern’s Bratholm/Brookes and Texas A&M’s Aguilar/Thomson. The Northwestern pair moved up from their previous ranking of No. 13 to No. 7 after defeating the No. 1 teams of Michigan and Michigan State. Their victory over Fenty/Siimar (prev. No. 23) helped the ‘Cats clinch the doubles point.

Last week, Aguilar and Thomson just missed out on the top 10 after coming in at No. 11. They added a 6-3 victory over TCU’s Gray/Fearnley (prev. No. 8) to their resume.