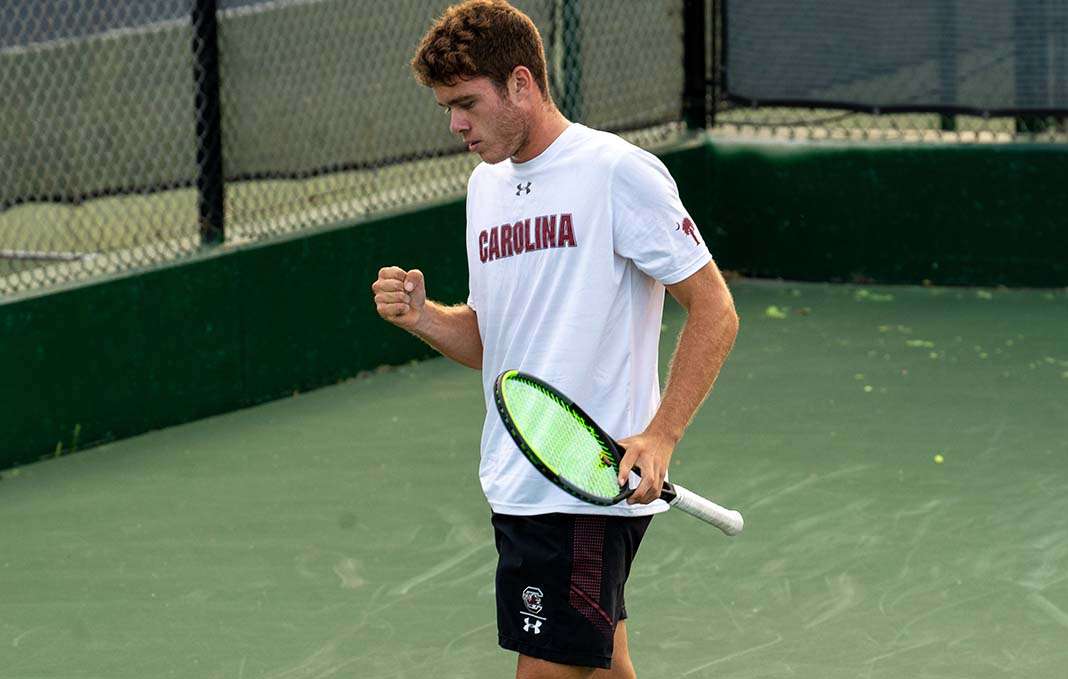 South Carolina’s Daniel Rodrigues jumped two spots in the Oracle ITA Division I Men’s Singles Rankings to claim the top spot in the nation. The Gamecocks’ sophomore continued his win streak bringing it to six straight after a solid straight-set win over Arkansas’ Reco. Habib and Vale both bump down one spot to No. 2 and 3, respectively. The rest of the top five players remained the same.

The top 10 did see two new faces, though. Kentucky sophomore Liam Draxl rose 15 spots to check in at No. 7 in the nation this week. Draxl notched two more wins this week to bring his record to 16-1 on the season. First, he outlasted Georgia’s Bryde (prev. No. 20) in a three-setter. Later in the week, he defeated Tennessee’s No. 1 man – Johannus Monday (prev. No. 17) – in straight sets.

After coming in at No. 11 last week, TCU’s Alastair Gray claimed the No. 10 spot. He narrowly dropped a match to No. 5 Vacherot in the Frogs’ match with A&M.