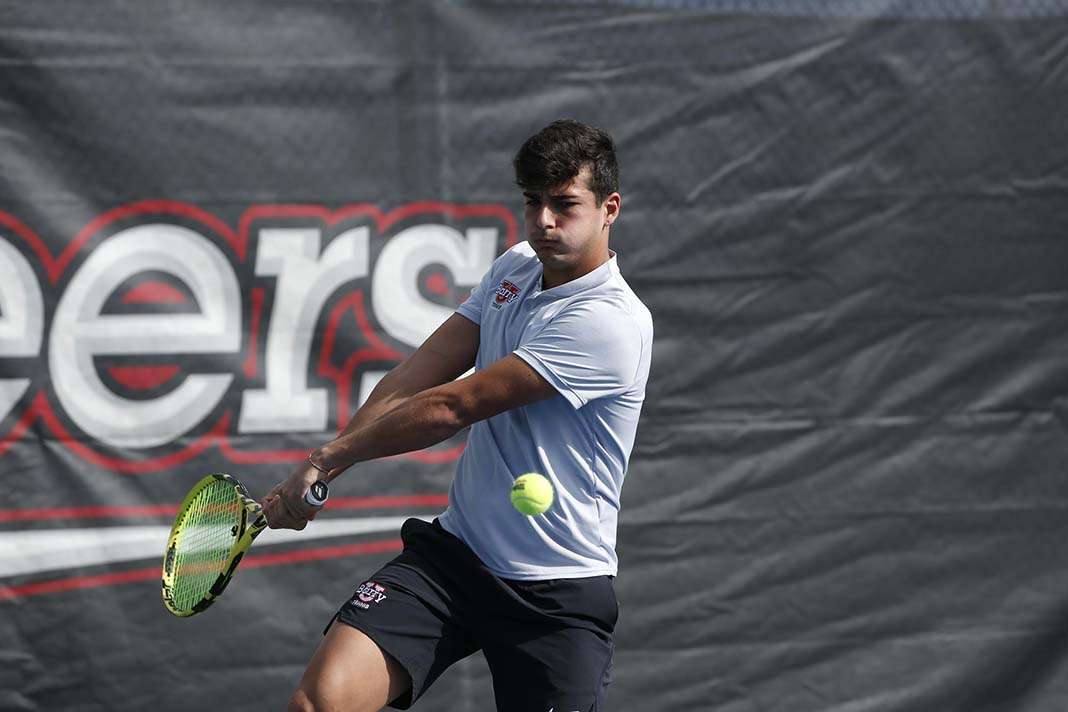 Share
Facebook
Twitter
WhatsApp
Linkedin
Email
The Barry Bucs’ No. 1 guy – Alessandro Giuliato – claimed the top spot in the first Oracle ITA Division II Men’s Singles Rankings of the spring season. Giuliato is undefeated in singles play and has won all, but one of his matches in straight sets. The student-athlete who took Giuliato to three sets? Lynn’s Joao Ferreira. The Fighting Knights’ No. 1 player comes in at No. 11 in the rankings.
Rounding out the top three are Columbus State junior Alvaro Regalado and West Alabama junior Chris Bulus. The two student-athletes met back in February and Bulus handed Regalado his only loss of the spring season. Bulus has dropped two matches this spring – to South Alabama’s Evrard and Ouachita Baptist’s Oliveira (No. 10).
The Oracle ITA Division II Men’s Team Rankings and Doubles Rankings were also released on Thursday.