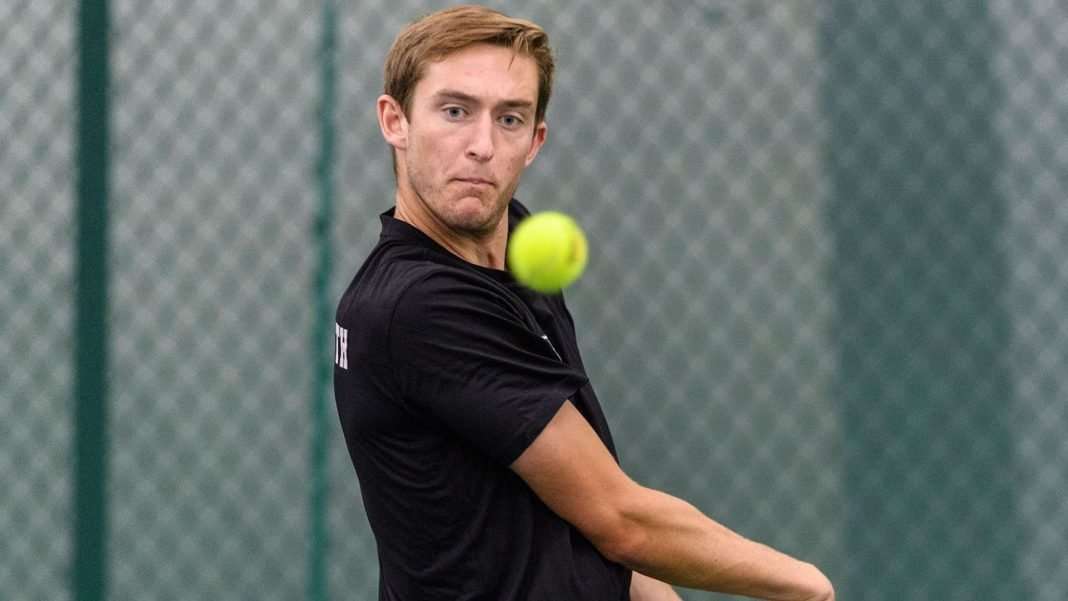 This feature is provided courtesy of Outsports.com

Those three sentences, posted along with a picture as an Instagram story on Oct. 11, 2020, marked the next big step in my coming out process. It meant that a lot more friends and extended family would know, and it was the first time I ever came out to my tennis teammates at Dartmouth.

While that post was short, it reflected exactly how I was feeling. I had become much more comfortable with my identity and ready to acknowledge it more openly, but I also didn’t feel the need to make a huge deal out of it or turn it into a big announcement.

Growing up in Rochester, New York, I was thrown into sports at a young age. I come from an athletic family where both of my parents and much of my extended family played college sports. I was the only one in the family who played tennis and I quickly fell in love with the sport and its individual nature.

When I first started playing tournaments, my parents had an idea of what they wanted me to be out on the court. They thought I should play with a lot of energy, be vocal and even throw in some trash talk now and again, similar to how they used to play on the basketball court.

They thought I should play an aggressive, serve-and-volley style like the pro players they used to watch on TV. Pretty soon, they began to realize that was not me at all. I preferred to stay at the baseline and hit groundstrokes, stay out of confrontation, and I played my best tennis when I remained calm and showed little emotion.

As I got older, my dad would always tell me to “Be John” before going out to a match. He learned that the way for me to play my best and to have the best results was to be myself on the court and have confidence in that. I think that idea of being myself stuck with me as I started to realize I was gay.

I never wanted to try and act like another person or fake interest in things I wasn’t interested in, similar to how I wasn’t going to play a style of tennis that I didn’t like playing. In my mind, it was inevitable that I would come out, but like many others in the LGBTQ community, I was afraid of how the people in my life would react.

The first time I ever came out to someone was in October 2017. The process from that moment to coming out to my teammates took three years. My team at Dartmouth has always been really close. We spend a ton of time together and we all enjoy being around each other. That culture was always a big focus for us and our coaches.

We knew that during matches, we could count on everyone to battle until the end because we were playing for more than just ourselves. We routinely have meals, study in the library and hang out together over the weekends. While I loved having such a close team, I felt like they didn’t really know me. There was always a little bit of distance that I kept between us. I never actively tried to act straight or hide things, but I wasn’t forthcoming with the truth and I engaged in surface-level conversation.

There had been many times over those three years where I thought about coming out to them. I had planned to start with one and then gradually tell the rest. Over the summer of 2020, when we were all home due to the pandemic, I even typed out a message after yet another case in the Supreme Courts challenging LGBTQ+ rights, but I never sent it. I just couldn’t get over the fear that they might not be accepting or treat me differently. That fear was not new, it was something that I had been feeling for years and that prevented me from coming out sooner.

Over time, that fear followed me onto the court and had an impact on my tennis. Tennis is such a mental sport and confidence is everything. To be able to trust your game and shots in the big moments is critical, and when you’re doubting yourself and lacking confidence off the court, it’s easy to let that affect you on the court.

Read more from John at outsports.com