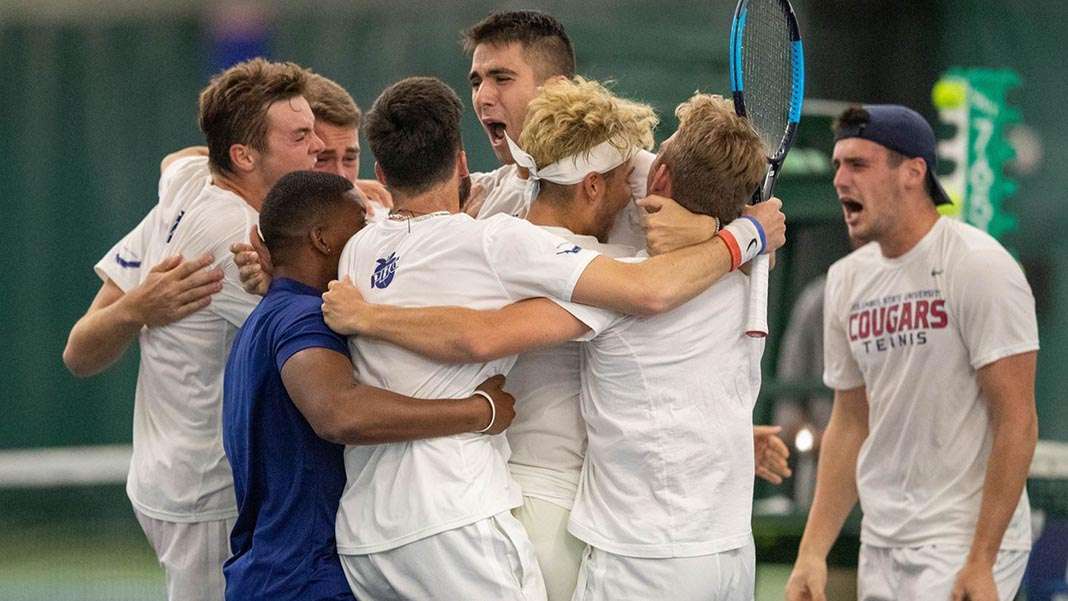 Share
Facebook
Twitter
WhatsApp
Linkedin
Email
Powerhouses Columbus State and Barry hold steady at No. 1 and No. 2 in the Oracle ITA Division II Men’s Team Rankings. The Cougars have held the top spot in the rankings all season and remain undefeated. The Bucs are also undefeated on the season. Most recently, Barry blew past Saint Leo (prev. No. 3) to notch their sixth win of the season.
Saint Leo’s loss to Barry was their first on the season. The Lions slipped down one spot to No. 4 and Valdosta State took their place at No. 3. The Blazers’ sole loss on the season is to No. 1 Columbus State.
The biggest rise in the rankings this week belong to Auburn University at Montgomery. The Warhawks have won two of the three matches they have played since the last rankings and are 11-6 on the season.
Entering the rankings this week are No. 19 Southern Arkansas University and No. 24 University of Texas at Tyler.