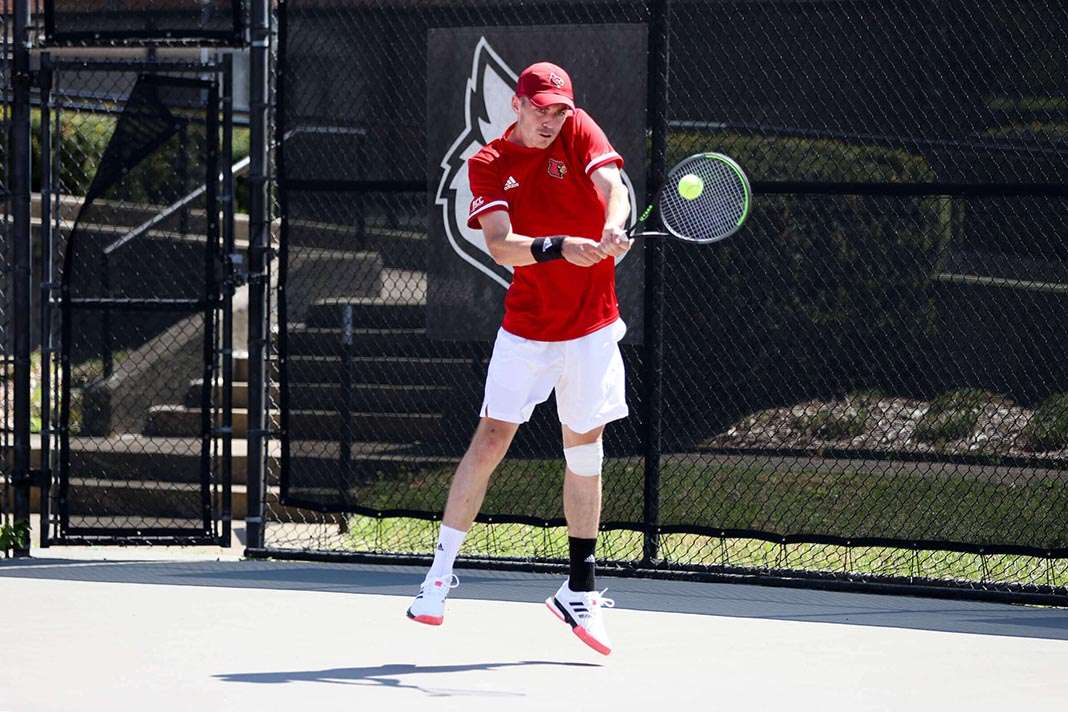 With all five divisions in college tennis back to competing, the UTR ITA Player of the Week awards were given out to 10 student-athletes – five men and five women – this week to celebrate their success. All of the recipients had an outstanding week of play and shined for their respective teams. Their success was reflected in the change in their UTR — which was as large as a 0.55 increase.

Louisville junior Fabien Salle had an outstanding week of play against Virginia and Virginia Tech. First, against Virginia Tech, Salle and his partner Fung clinched the doubles point for the Cardinals. Salle continued to grind for his team and was the first singles player to finish against Virginia Tech. He defeated the Hokies’ Matthias Ross in straight sets. On Sunday against Virginia, Salle was the only Cardinal to score a point against the Cavaliers. In doubles, Salle and Fung defeated von der Schulenburg/Inaki Montes handing the Virginia team only their third loss of the season. In singles, Salle matched up against Chris Rodesch. The Cavalier freshman took the first set, but Salle fought back and took the last two sets. The victory brings Salle’s singles win streak to four straight.

The University of Delaware’s Eliza Askarova had a perfect week in singles and doubles play for the Blue Hens. As Delaware’s top player in singles and doubles, Askarova helped the Blue Hens to conference wins over Drexel and Towson. Askarova won both singles matches in straight sets. Against Drexel’s Richterova, she posted a commanding 6-2, 6-3 scoreline. The victory was her second against Richterova that day. Earlier in doubles, Askarova and partner Whited blew past Richterova/Garcia Mendez to win 6-1. The Blue Hens wrapped up their undefeated regular season against Towson on Saturday and Askarova added two more wins to her resume. After being blanked in the first set, Towson’s Haliou pushed Askarova to a second-set tiebreak but was unable to get anything going. The win was Askarova’s sixth on the season.

Lewis University junior Pedja Trifunovic was the clincher for the Flyers this week. Not only did Trifunovic clinch Lewis’ matches against Lindenwood and Maryville, but he also paired with his partner Lusti to clinch the doubles point in both matches. Trifunovic was clutch for the Flyers at No. 4 singles. He helped the Flyers rally back after falling behind 1-2 early in singles against Maryville. His straight-set victory over Maryville’s Segura sealed the conference victory and secured the Flyers’ position as No. 2 in the GLVC East division standings. Trifunovic also clinched the match against conference foe Lindenwood with a straight-set victory over Rattes. Trifunovic is 10-3 on the season in singles play and has now won four straight matches.

Azusa Pacific’s Carolyn Brooner clinched a crucial victory for the Cougars against No. 7 Hawaii Pacific this past weekend. The junior completed Azusa’s shutout of HPU with a gritty straight-set victory over Mokrova. The match ended with Brooner taking control of the second-set tiebreak and only allowing Mokrova two points. The victory was Brooner’s fifth straight singles win. Earlier in the week, Brooner downed San Diego Christian’s Felix in straight sets – only allowing two games total. In doubles play, Brooner was just as dominant. Paired with Wagner, Brooner won both matches by the score of 6-2 to help the Cougars secure the doubles point.

Carthage junior Nicolas Welker secured the win for the Firebirds against conference rival Wheaton College. In doubles play, the junior and his partner Krzewinski did their part for the team and won their match at the top of the lineup. The victory helped the Firebirds head into singles with the slight 2-1 edge. Playing on court two, Welker faced Wheaton’s Ching. Throughout the match, Welker remained in control and clinched the victory with two 6-3 sets. The singles win is Welker’s sixth on the season and second straight.

Southwestern’s Alli Ziehm came in clutch for the Pirates in their conference matchup against Trinity. The freshman’s wins in singles and doubles were pivotal in Southwestern’s first victory over the Tigers in program history. Ziehm and partner Kesterson were the only Pirates to win a doubles match. They defeated Markiewicz/Richard at the No. 3 spot giving their teammates a spark heading into singles. Ziehm delivered the finishing blow for the Pirates. Playing at No. 6 singles, she defeated Paulina Garcia in straight sets to seal the win. The freshman has had a stellar year playing at the bottom half of the lineup for the Pirates. She is 10-1 on the season — her sole loss was to Tyler JC’s Jadeh Chan.

Cardinal Stritch’s Francesco Tacconi helped the Wolves to a shutout of Judson University on Saturday. The sophomore won both his singles and doubles matches to help his team in the win. In doubles, he paired with Vishnick to defeat Veltkamp/Hei at the No. 3 spot. Tacconi followed up his win in doubles with a straight-set victory in singles. He downed Judson’s Lestelle 6-2, 6-1.

Nora Ribeiro helped the IU East Red Wolves make program history this week. In IU East’s match against Asbury, Ribeiro clinched the win and as a result guaranteed the Red Wolves a portion of the River States Conference regular-season title — a first in program history. The Red Wolves defeated Midway the next day to win the conference title outright. Ribeiro went 4-0 in singles play last week. Two of her matches were shutouts and all were won in straight sets. Across all four matches, she only allowed her opponents seven total games. In doubles play, Ribeiro paired with Good to win three matches at the No. 3 spot.

Mississippi Gulf Coast’s Clay Fudge was a crucial part of the Bulldogs’ run to the NJCAA Region 23 title. In MGCCC’s matches against Copiah-Lincoln and Jones College, Fudge went 4-0. The freshman was on fire for the Bulldogs in the semifinal match against Copiah-Lincoln. In singles and doubles, Fudge did not allow his opponents a single game. Fudge continued to dominate for Gulf Coast in the finals against Jones. Alongside his partner Molero, Fudge defeated Hilton/Vanecek 8-3 to help the Bulldogs go up 3-0 heading into singles. In singles, Fudge sealed the victory for his teammates. He downed Hilton 6-3, 6-3. The freshman earned All-MACCC honors for his outstanding play.

Tyler JC’s Emelie Schwarte continued to show that she is a force to be reckoned with in tennis regardless of division. Schwarte won both of her matches in Tyler JC’s dual against Division II Midwestern State. In doubles, she paired with Violet Apisah to defeat the Mustangs’ No. 2 team of Visic/Minns. Later in the match, Schwarte faced MSU’s Quiroz at No. 4 singles. The sophomore blanked Quiroz in the first set and then finished her off with a 6-4 second set. Schwarte is 12-4 on the season — including against Division I and Division II competition.