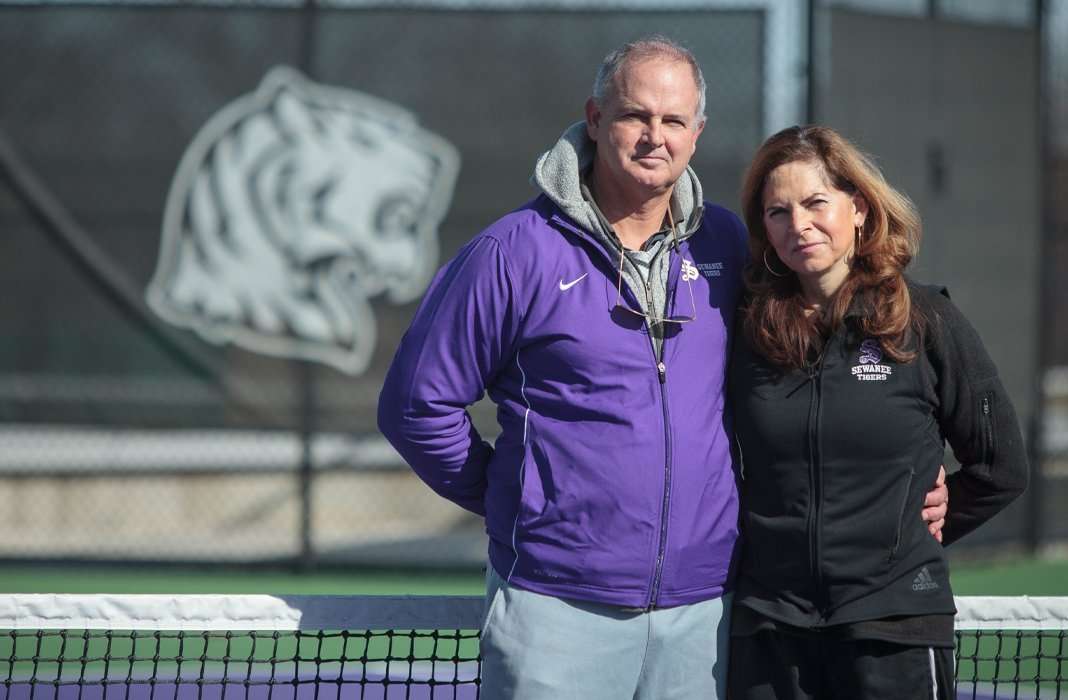 When head women’s tennis coach Conchie Shackelford stepped foot on the campus of the University of the South in the spring of 1987, the program was changed forever. Now, three and a half decades and 13 conference championships later, she becomes the first NCAA Division III women’s tennis coach to achieve 600 wins.

Currently fourth among active coaches from all three NCAA Divisions, Conchie is the first woman to achieve this milestone.

There was a family connection between Conchie’s first win and her 600th. On Feb. 24, 1987, versus Trevecca Nazarene (Tenn.), Laura Middleton (Adams) C’90 played No. 4 singles against the Trojans. Fast forward to April 27, 2021, against Covenant College (Ga.), her daughter, Caroline Adams C’22, was in the lineup at No. 4 singles.

During her 35-year career on the Domain, Conchie’s teams have posted ten 20-win seasons. In addition, her squad has been listed in the national rankings each season, including nine finishes in the top-10 and two in the top-5. The 1990 team finished fourth overall in Division III, while the third-place team of 2007 is the highest finish any Sewanee team has had on record.

Along with 13 conference tournament titles, including seven straight SAA Regular Season and Tournament Championships, she has taken her team to the NCAA Championships 26 times.

Her wins were all in part to the dedication of the players she coached through the years, as she has been a part of 44 All-America selections, totaling 15 student-athletes. Four players, Cameron Tyer C’93, Mary Missbach C’00, Gabriela Carvalho C’08 and Lindsey Liles C’16, were named the Senior Player of the Year, according to the Intercollegiate Tennis Association (ITA).

Along with her husband, John, who serves the University as the Director of Tennis after a stellar career as the men’s head coach, the couple have four children, Avery, Sadie, Michaela and Tessa C’24. Sadie played four years of tennis at Middlebury College (Vt.) from 2013-16, while Tessa is a first-year women’s tennis athlete at the University of the South, playing side-by-side with her parents.