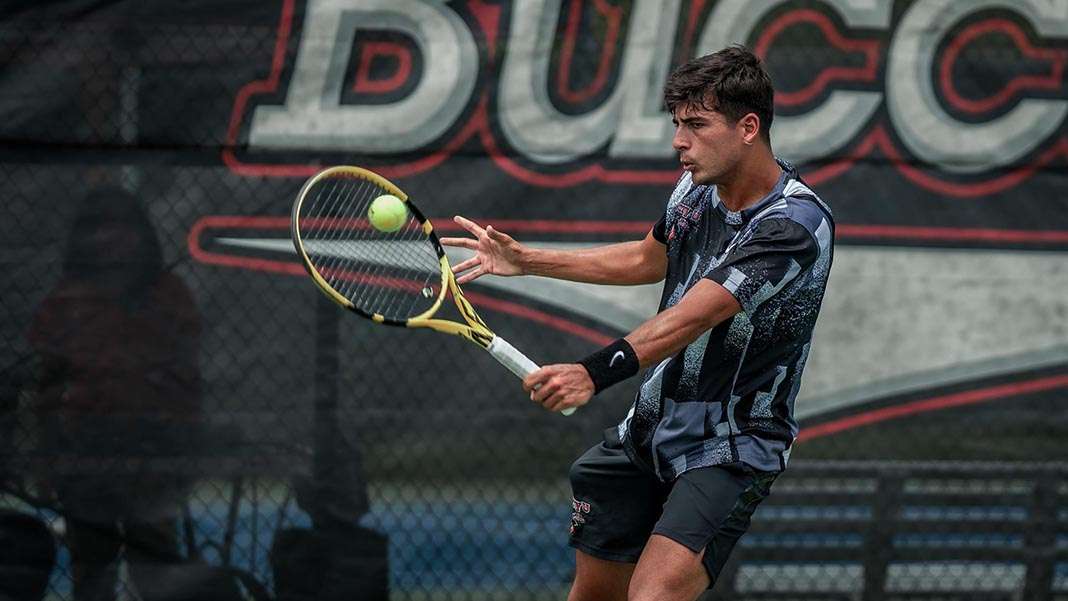 Share
Facebook
Twitter
WhatsApp
Linkedin
Email
For the second Oracle ITA Division II Men’s Singles Ranking release in a row, Barry’s Alessandro Giuliato is ranked the top player in the nation. The Bucs junior is undefeated on the season with all but one of his matches being decided in straight sets.
Following Giuliato in the rankings is Columbus State’s No. 1 man, Alvaro Regalado. He started off the 2021 spring season with a loss to West Alabama’s Bulus, but has dominated all of his opponents since. Heading into NCAAs, Regalado has won 11 straight.
Moving up three spots to be ranked No. 3 in the nation is Northwest Missouri State’s Andrea Zamurri. The freshman opened up his season with a loss to Cowley County’s Taco, but has been unbeatable ever since. He rattled off 18 straight victories over the course of the dual match season.
The Oracle ITA Division II Men’s Team Rankings and Doubles Rankings were also released on Friday.

Top 50 National Singles
Coaches Poll administered by the ITA
May 6, 2021