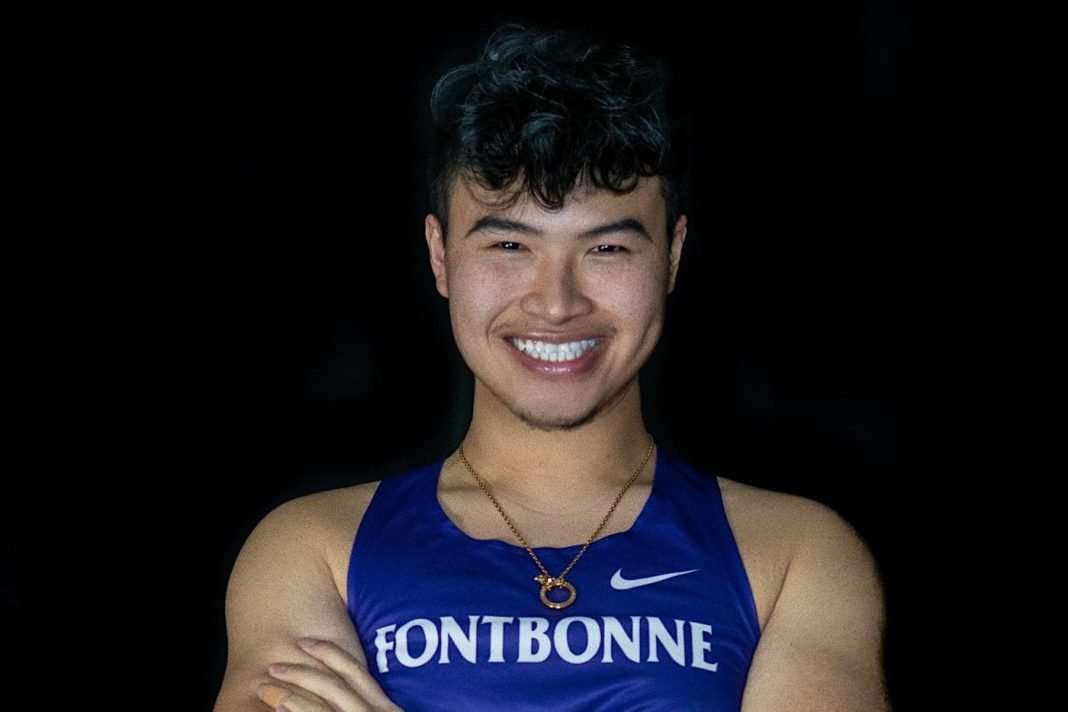 This feature is provided by Anh Nguyen courtesy of Outsports.com

Deciding to attend college and play tennis at a Catholic university as someone who is openly gay was a decision that I had to wrestle with. In the end, though, it was the perfect fit.

There are stereotypes when it comes to colleges with religious affiliations and this leads to a lot of fear for how a gay athlete would fit in. I was raised in a very Catholic household in St. Joseph, Missouri, and attended Catholic elementary school and Sunday school throughout my childhood.

But as I became older, I realized that I wasn’t that invested in all it took to be a practicing Catholic. When it came to my decision to transfer in 2018 to a university and continue with my athletic career, I had a few things that were important: cost, location and size, but the most important was a university that would accept me for who I was and embrace my uniqueness.

Fontbonne University in St. Louis, a Division III school, was instantly one that stood out. The university fit all of the categories that I was looking for, but I then realized that it was a Catholic institution. This was something that made me question whether this would be the best choice for me given my sexual orientation and not wanting to be forced into practicing something that I had strayed from.

I was hesitant, but decided to give it a chance because, although it was religious based, it overall fit the characteristics that I was looking for. I made the decision to sign my letter of intent and play tennis at Fontbonne University.

I was in a situation where I was out and open about my sexual orientation and didn’t know what I was walking into. When I got to campus and met everyone I discovered it was a great community of people. Not only were people super sweet and welcoming, but there was a small little community of athletes as well who are part of the LGBTQ+ community.

No one on my team treated me any differently based on my sexual orientation. I was welcomed with open arms and treated like everyone else. When it came to my coach, he was always there for me when I needed him, and I was able to build a great relationship with everyone. A lot of the teams on campus embraced each other and I was even offered an opportunity to participate in track and field to do some offseason training with them.

After I was there a couple of years, the athletic department participated in the NCAA Division III “One Team” initiative and started ally groups. The athletics administration cared about the input of students and embraced our diversity and provided inclusive opportunities for all. If I didn’t take the opportunity to give Fontbonne University a chance due to the religious affiliation that went with it, I would not have made some great memories with a great team.

It’s the people who make up a university, not the other way around, and I was glad the people there were open minded and supportive of my sexuality and who I am. I’m glad that I was open to Fontbonne University, because it allowed me an opportunity to make lifelong friends and teammates, as well as forge bonds with coaches and staff members who would end up being great mentors and supportive figures in my life.

Due to the Covid-19 pandemic, the tennis program was unfortunately cut, but I was allowed the chance to stay active and involved by continuing with the track and field program for my senior year. Not every school would be so welcoming and I am glad that many athletic staff members at Fontbonne are that way for their athletes.

Anh Nguyen, 21, graduated from Fontbonne University in St. Louis Missouri this spring with a bachelors of science in Business Management and Leadership. He was a part of the tennis and track teams, as well as ODK fraternity and the Student Athlete Inclusion and Diversity Committee. He will attend the University of Florida in the fall to complete his MA in Communications.