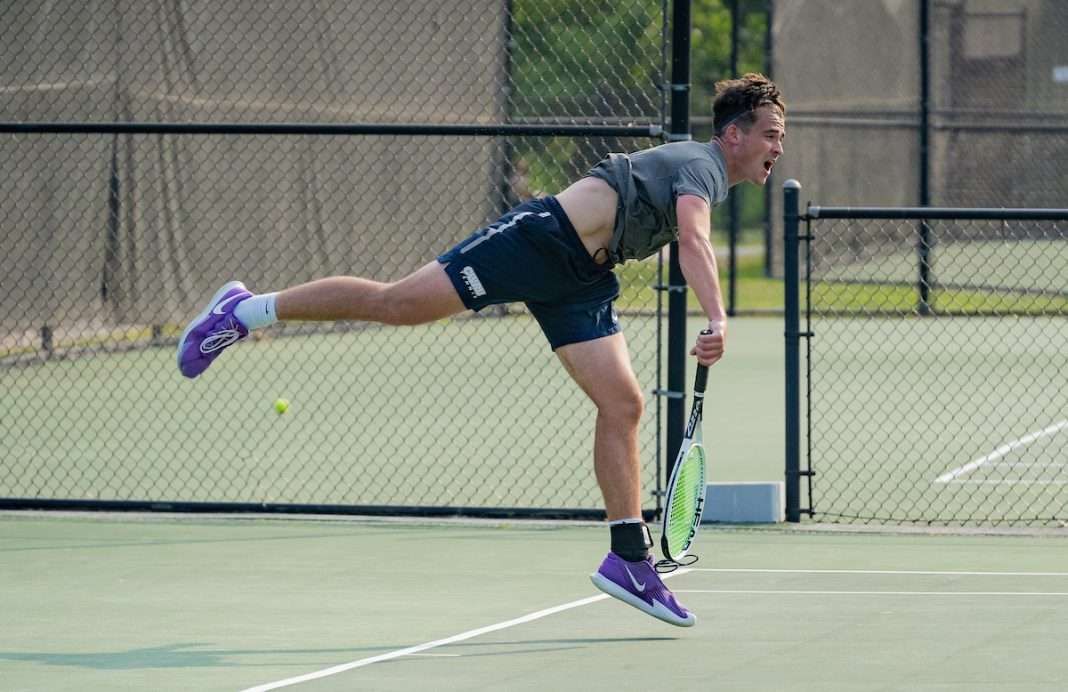 Emory defeats Brandeis
Emory men’s tennis was able to come out victorious over Brandeis University, 5-0, in the quarterfinals of the 2021 NCAA Division III Men’s Tennis Championships.

Emory entered the match against Brandeis with a record of 7-3. The Eagles advanced to the quarterfinals after venturing to Rome, Georgia last weekend for the opening rounds, defeating John Carroll University and Babson by identical 5-0 scores.

Over the past 31 years that the NCAA D-III Championships have been held, Emory has advanced to at least the quarterfinals on 29 occasions. Emory has earned a spot in the national semifinals in 14 of the past 18 Tournaments and won national crowns in 2003, 2006, 2012, 2017, and 2019.  The 2019 crown was won in Chattanooga with the Eagles prevailing over Claremont-Mudd-Scripps, 5-2, in the title match.

The Bears swept doubles and picked up singles points from senior Daniel Li and first-year Gaurav Singh to close out the Bruins, who finish the season at 12-5.

Johns Hopkins defeats Williams
Johns Hopkins accomplished a pair of firsts on Monday afternoon. For the first time in program history, the Blue Jays came back from a 4-0 deficit and won an NCAA Quarterfinal match with the rally to defeat Williams, 5-4.

The Ephs swept the doubles matches to take a seemingly commanding 3-0 lead heading into singles. Chase Cohen and Austin Barr grabbed the first point of the match when they beat Arjun Asokumar and Daniel Ardila, 8-5, at No. 2 doubles. Noah Reich and Karan Amin then won 8-6 over Vishnu Joshi and Alexander Kernagis at No. 3. Calvin Chung and Arturo Karn completed the sweep with a close 8-7 (7) win over James and Thomas Yu at No. 1.

Williams pushed its lead to 4-0 in the match when Cohen defeated James Yu 6-2, 6-0 at fourth singles. And that’s when the comeback began. Andrew Tran handed Amin a 6-4, 6-0 loss at No. 6 singles to get Hopkins on the board. Thomas Yu then earned the first of four three-set wins for the Blue Jays. After dropping his first set 6-4, Yu lost just one game en route to a 4-6, 6-0, 6-1 win at No. 3 over Chung to make it a 4-2 match. Asokumar followed with a 6-4, 1-6, 6-1 win at No. 2 over Barr and the Ephs’ lead was down to just one. Joshi then beat Karn 6-2, 3-6, 6-0 at first, and just like that, the match was tied at four, and all eyes turned to court number five. Ardila had taken the first set over Reich, 6-3. But the Eph battled back to win the second set 6-1 and was up 5-1 in the third. Ardila, in dramatic fashion, fought back to force a tiebreak, which he won 7-3 to send the Blue Jays to the NCAA Semifinals for the first time in program history!

This is Hopkins’ fifth trip to the NCAA Quarterfinals and its first-ever win. The Blue Jays are now 21-14 all-time in the NCAA Tournament.

Case Western defeats Trinity
Case Western Reserve University men’s tennis made history becoming the first team in the history of the CWRU athletic department to reach the semifinals of the NCAA Division III Championships. The Spartans topped Trinity University 5-1 in their quarterfinal match.

The Spartans improved to 13-2 overall with the win. The win assures the Spartans of a top-four finish nationally, the best finish ever by a CWRU team at an NCAA Championship event. Case Western struck first in the match with an 8-2 victory at No. 1 doubles from Matt Chen and James Hopper over the tandem of Hao Nguyen and Christian Settles. Trinity evened the match with an 8-3 win at No. 2 doubles from Cameron Krimbill and Jordan Pitts over Neil Mabee and Jonathan Powell, but the Spartans would regain the edge heading into singles play, as Anthony Kanam and Chaitanya Aduru were able to complete the win over Alessio Azzalini and Wilson Hamilton 8-3 at No. 3 doubles.

Hopper, the top-ranked player in the Central Region, would add to the Spartans’ lead with a 6-2, 6-0 win over Krimbill (ranked first in the West) at No. 1 singles, and Powell followed shortly after with a 6-1, 6-1 win over Pitts at fifth singles to put the team at the precipice of a clinch. The historic clinching point would come at fourth singles, where Aduru sent the Spartans to the semifinals with a 6-3, 6-4 win over Hamilton.

How to watch, keep score, & follow along
Fans can follow the semifinal match tomorrow with live stats and video which can be found here. For more information about the 2021 NCAA Division III Men’s & Women’s Championship, broadcast coverage, and match times, follow us on social at ITA_Tennis (Twitter). 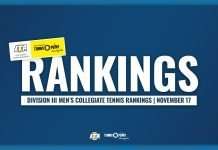