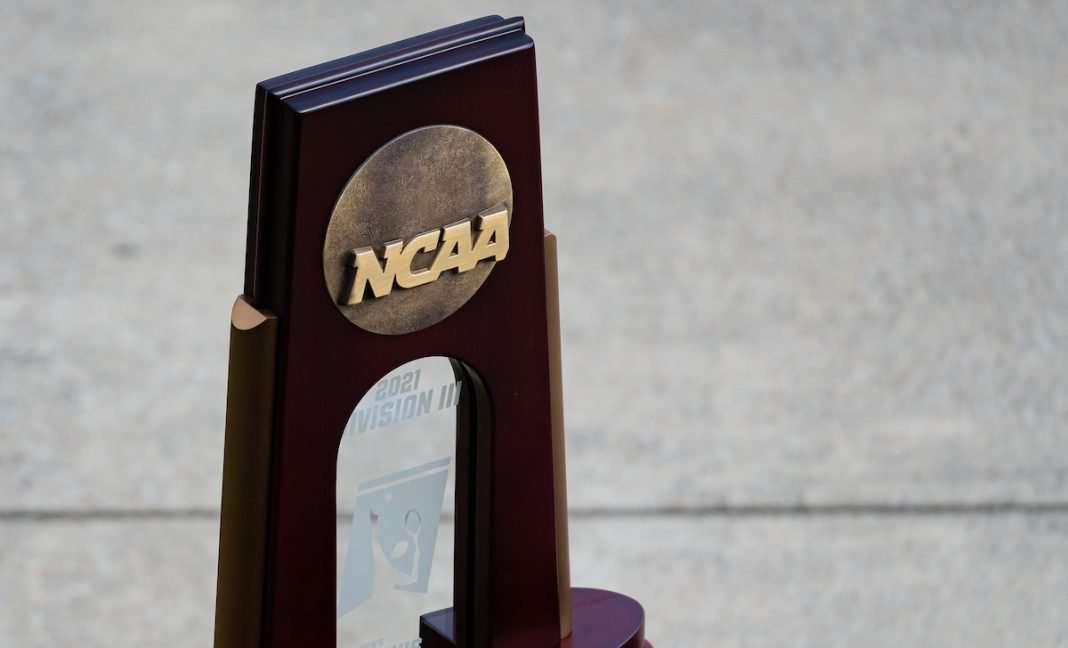 Emory Wins in Dramatic Fashion
Emory men’s tennis will play for the NCAA Division III Championship following a Tuesday victory over Johns Hopkins in the semifinal round.  The Eagles won for the fourth straight time and raised their overall record to 9-3 following a 5-1 decision over the Blue Jays who ended their campaign at 11-1.  The Championships are being held in Chattanooga, Tennessee, and hosted by the University of the South.

For the second straight day, Emory took command of the match by sweeping doubles.  At No. 2, senior Will Wanner and junior Andrew Esses cruised to an 8-1 win over Daniel Ardila and Arjun Asokumar, raising their record to 5-0.  Sahil Raina and Nolan Shah landed a point at the No. 3 slot with an 8-3 verdict against Eric Yoo and Vishnu Joshi.  The No. 1 tandem of seniors Hayden Cassone and Alec Rabinowitz rounded out that portion of the match with a spirited 8-7 (7-4) triumph over James and Thomas Yu.

Following the same script from the quarters against Brandeis, Wanner pushed the Eagles to a 4-0 cushion following an impressive 6-1, 6-1 outcome against James Yu at No. 4 singles, his third straight victory and sixth in 10 decisions this spring.  After JHU picked up its lone point of the afternoon at the No. 1 spot, freshman Nolan Shah closed out the contest at No 6 singles, bettering Andrew Tran, 6-3, 6-3.

The Eagles will meet fellow University Athletic Association member Case Western Reserve for the title on Wednesday at 2:00 pm ET. The Spartans battled their way into the finals after rallying for a 5-4 win over Washington University in the semifinals.  Emory will be looking to defend its title from the 2019 event, shooting for the program’s sixth-ever national crown.

Case Western Battles For 4 Hours & 38 Minutes to Claim Victory
Case Western Reserve University men’s tennis rallied from an early deficit on to defeat WashU 5-4 in the semifinals of the NCAA Division III Championships. The Spartans will now aim to become the first National Championship winning team in the history of Case Western Reserve athletics when the squad faces Emory University in the title match on Wednesday afternoon.

The Spartans, who improved to 14-2 overall and to 12-0 against Division III opposition this season, overcame a 2-1 deficit after doubles, and trailed by a set in three of the six singles matches, but were able to battle back to earn the victory. The first two doubles matches finished at nearly the same time, with the Spartans and the Bears splitting the contests. In a battle between the top-ranked two teams in the Central Region at no. 1 doubles, Matthew Chen and James Hopper, ranked first in the region, claimed an 8-3 win over Scott Altmeyer and Abhi Ramireddy, ranked second in the region. At third doubles, Chaitanya Aduru and Anthony Kanam suffered an 8-3 setback against Ethan Hillis and Guarav Singh, putting all of the attention on the second doubles match, to see which team would enter singles play with an advantage.

The second doubles match proved to be a thriller. Neil Mabee and Jonathan Powell came from behind to force a tiebreaker against Daniel Li and Ben van der Sman. However, the Bears’ duo was able to pull out the tiebreaker 7-3, giving Washington a 2-1 lead heading into the singles matches.

Chaitanya Aduru would strike the first blow in singles play for the Spartans, winning in straight sets over Li in the fourth singles match, 6-4, 6-1, knotting the team score at 2-2. However, the Bears regained the lead shortly thereafter, as Altmeyer, ranked fifth in the region, triumphed over first-year Vishwa Aduru 6-3, 6-1 at second singles. At sixth singles, Kanam would even the score once again, picking up a straight-set win over Singh, 7-5, 6-4.

The remaining three matches would all go into a third set. In a battle at no. 1 singles, Hillis, ranked second in the Central Region, emerged with a 6-4, 3-6, 6-4 win over Hopper, ranked first in the region, putting the Bears a point away from a clinch.

The contest came down to another marathon three-set match at fifth singles between Powell and Ramireddy. The two split the first two sets, both by tiebreakers, with Powell taking the first stanza 7-6 (0), and Ramireddy following with a 7-6 (5) win in the second set to even the score. With all eyes on their match, Powell was able to pull out a 6-4 victory in the third set, clinching the first National Championship berth by a Spartan team in the history of CWRU athletics.

How to watch, keep score, & follow along
Fans can follow the championship match tomorrow with live stats and video which can be found here. For more information about the 2021 NCAA Division III Men’s & Women’s Championship, broadcast coverage, and match times, follow us on social at ITA_Tennis (Twitter).