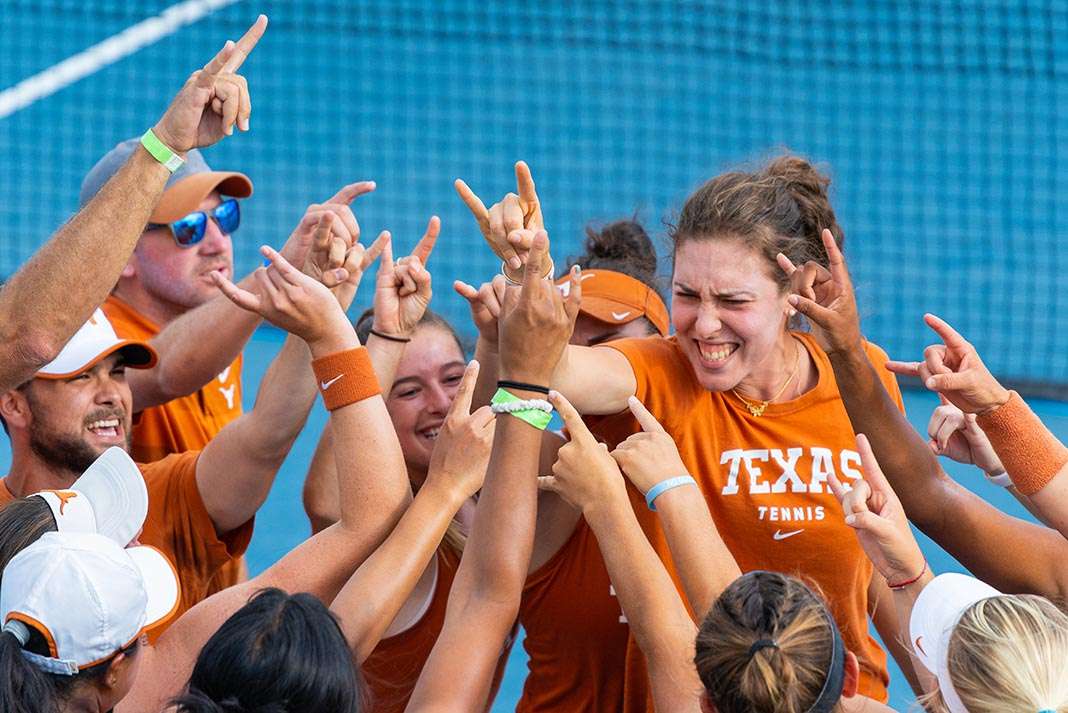 In the final Oracle ITA Team Rankings of the 2021 dual match season, the Texas Longhorns check in at No. 1. The Horns defeated Pepperdine (prev. No. 5) in a 4-3 battle for the NCAA title and as a result secured the top spot in the rankings. Coach Joffe’s team was virtually unstoppable during the spring season. The program’s sole loss came in the ITA National Team Indoors Championship to UNC. After that match in mid-February, the Longhorns were unstoppable. During their NCAA run, they downed Arizona State (prev. No. 31), Ohio State (prev. No. 16), Florida State (prev. No. 7), NC State (prev. No. 6), and Pepperdine.

Rounding out the top five are UNC, Pepperdine, Georgia, and UCLA. The Tar Heels reached the semifinals of the NCAA Championship before falling to Pepperdine. The loss broke their 48 match win streak. Georgia and UCLA both reached the Elite Eight of the tournament.

The final Oracle ITA Division I Singles and Doubles Rankings will be released Wednesday, June 2nd.