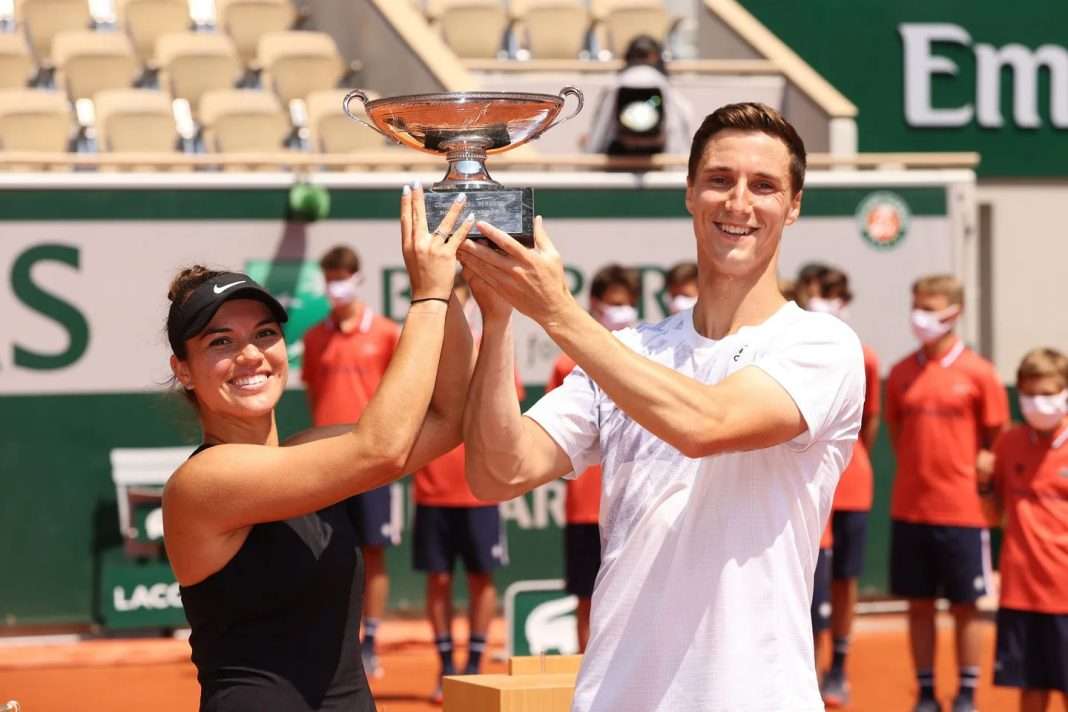 The former college tennis player pair were overpowered in a one-sided first set but hung tough to snatch the second and dominated the ensuing match tiebreak. Joe Salisbury became the first British champion at Roland-Garros in 39 years by winning the mixed doubles title with Desirae Krawczyk claiming her first career Grand Slam title.

For Krawczyk, the runner-up in women’s doubles at Roland Garros last year alongside Alexa Guarachi, it is a first Grand Slam trophy of any kind. Salisbury adds the title to his 2020 Australian Open men’s doubles crown with Rajeev Ram. He is also the first British player to become a Roland Garros champion since 1982 when John Lloyd partnered Wendy Turnbull to the mixed doubles title.

Long-term partners Krawczyk and Salisbury both emerged from the US college system: Krawczyk is an alumna of Arizona State University, while Salisbury played for the University of Memphis. Their previous best Grand Slam performance together was a semifinal run at the Australian Open in January, where they were edged in a match tiebreak by Samantha Stosur and Matthew Ebden.

For a set-and-half, Salisbury and Krawczyk were under heavy attack, as they were outplayed by Vesnina and Karatsev.

Karatsev, who lit up the Australian Open with a run to the singles semi-finals after coming through qualifying, overwhelmed the British-American pair with fierce groundstrokes from the back of the court, while the experienced Vesnina showed off her finesse at the net.

The Russian pair ripped through the first set in 29 minutes and looked on the way to their first Grand Slam title together when the match suddenly turned in the ninth game of the second set.

Having broken serve with a backhand winner down the line for a 5-4 lead, Salisbury went on to take the set on his own serve after a dispute with umpire Carlos Ramos about a line call.

Fired up, Salisbury and Krawczyk raced to a 6-1 lead in the match tiebreak as the level of their opponents suddenly dropped. A brilliant Krawczyk return regained the momentum for her team, and the American closed out the final with consecutive unreturned serves. A return in the net by three-time major doubles winner Vesnina handed their opponents four match points, and they lost the match on an error by Karatsev.