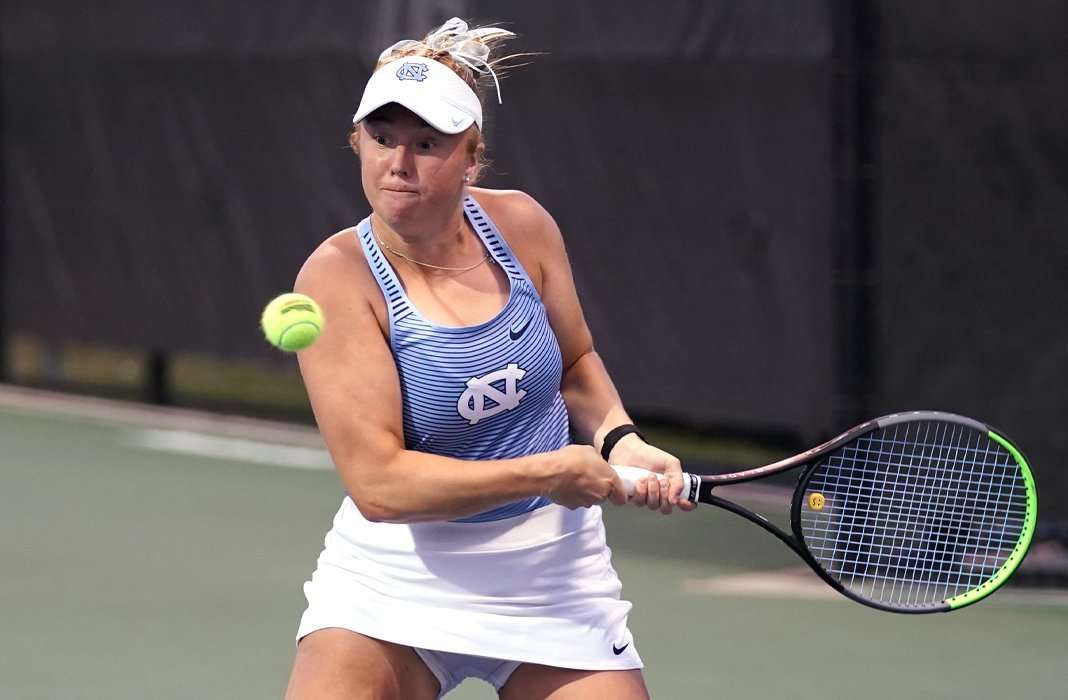 Sara Daavettila, a fifth-year senior from the University of North Carolina, was named the Honda Sport Award winner for Tennis as announced by Chris Voelz, Executive Director of the Collegiate Women Sports Awards (CWSA).

The Honda Sport Award has been presented annually by the CWSA for the past 45 years to the top women athletes in 12 NCAA- sanctioned sports and signifies “the best of the best in collegiate athletics”.  The winner of the sport award becomes a finalist for the Collegiate Woman Athlete of the Year and the prestigious 2021 Honda Cup, which will be presented on a telecast on CBS Sports Network on June 28th at 9 pm ET.

“It’s an honor to receive the Honda Sport Award for Tennis,” said Daavettila. “I’m very grateful and humbled to be selected among so many incredible athletes and after such a challenging year for everyone. Thank you to Carolina, my family, coaches, teammates, the amazing athletic department and staff, and the Carolina community. The culture at UNC is truly special and imparts important life values and provides unique opportunities. We play for the love of our sport, each other, and our incredible university. Carolina is a family and I’m blessed to be a part of it. The Honda Award is special because it recognizes more than just athletic achievements and it is a privilege to receive it representing Carolina.”

Daavettila, hailing from Williamston, Michigan, was the top seed entering the 2021 NCAA Singles Championship and the No. 2 seed in the NCAA Doubles Championship. She advanced to the semifinals in singles and Round of 16 in doubles. Ranking as high as No. 1 in the ITA national rankings this season, she is the 2021 ACC Player of the year and a seven-time ITA All-America selection.

She was the 2019 ITA Fall National Championship singles titlist and a member of three ITA National Team Indoor Championships. She holds the distinction of being the only player to ever receive the Most Outstanding Player award more than once at the ITA national team indoor tournament (2018, 2020, 2021).

With a career record of 149-35, she is second in program history with 149 career singles victories and the only player in program history and just the fourth from an ACC program to reach the NCAA Singles Quarterfinals on three occasions.

Off the court, she was recognized as a Tar Heel Leader of Distinction, the highest honor bestowed by the Leadership Academy.

“Congratulations to Sara on earning this prestigious award,” said head coach Brian Kalbas. “She chose to return for a fifth season and worked harder than ever in leading our team to heights never seen before here at Carolina. Sara had an incredible career and is very worthy of the award, but what sets her apart is her ability to be the best teammate she can be. Her selfless attitude to put the team before her individual success is what I’m most proud of when thinking about what Sara accomplished for our program.”

The CWSA, celebrating its 45th anniversary year, has honored the nation’s top NCAA women athletes for their superior athletic skills, leadership, academic excellence, and eagerness to participate in community service.  Since commencing its partnership in 1986, Honda has provided more than $3.4 million in institutional grants to the universities of the award winners and nominees to support women’s athletics programs.