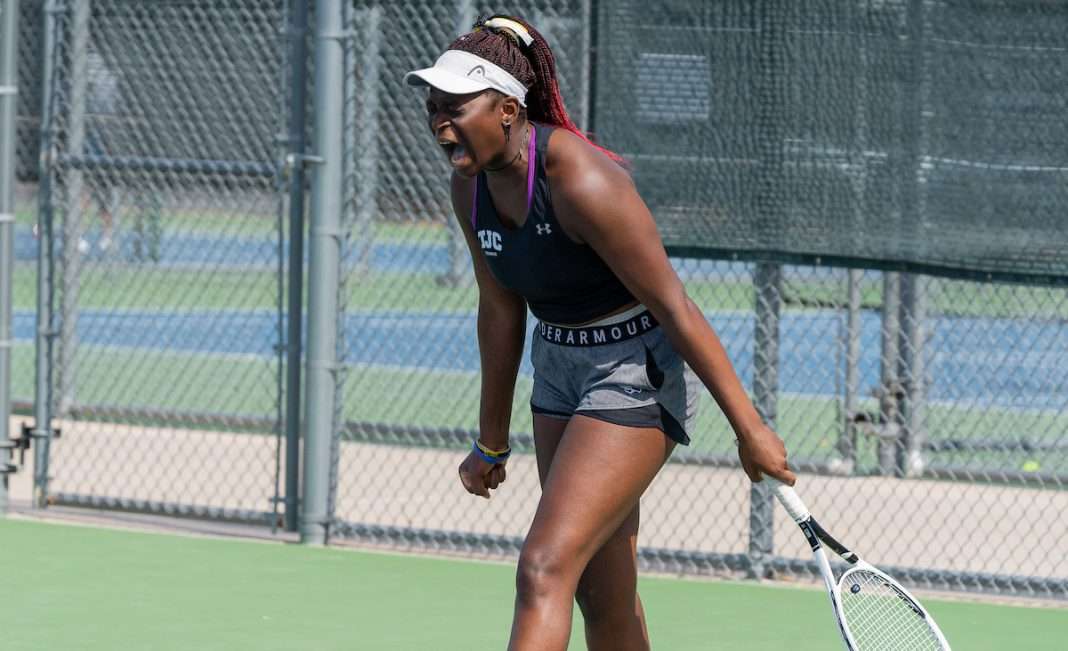 Ten student-athletes from across the nation have been named to the 2021 USTA Collegiate Summer Team. The top 10 American college players (five men, five women) were selected for the training program designed to help America’s premier college players assimilate to professional tennis in a team-oriented environment via the USTA Pro Circuit.

In her third year with the Tyler JC program, Micah Avance continued to grow into her coaching skills. Alongside the Apaches’ other assistant, Luc Godin, Avance stepped up at the beginning of the spring season to lead the team through practices while Coach Connell was out. Her passion and care for the women’s team played a big role in their successful season. Avance would regularly spend time with the players outside of practice and matches to help them improve their game. Under her leadership, the Apaches finished the season by clinching their 20th national title.

Brooke Chism leads by both her vocal presence and her actions. Through her actions she displays a pursuit of excellence in every aspect of her life. Her effort level is always at its max in the classroom, on the court, and everywhere in between. In the classroom she obtained a 3.986 GPA, on the court Brooke had a 48-5 record, and Brooke leaves Jones with some lifelong friends who have the utmost respect for her. Her vocal leadership is unique. It is not your typical louder, assertive style. It is one of a more quiet and personal manner. It is not done with force but is done with sincere love for her teammates.

Tyler Junior college freshman Destinee Martins made an immediate impact for the Apaches this season. Martins finished atop both the singles and doubles rankings this year. She clinched both the NJCAA National Championship No. 1 singles and No. 1 doubles titles. Her athletic excellence paired with hardworking attitude played a large role in the Apaches capturing their 20th NCAA title.

Tsveti Trifonova has been playing at the top of the lineup the entire year. She holds a 7-5 record in singles. However, she has been our leader (Captain) for the past two years. She holds everyone accountable including the coaching staff. The greatest quality is that she competes for every day on the tennis court and in the classroom. This has been helpful in the development of team chemistry. She also has a 3.4 GPA taking difficult classes. She has a win over number 1 from Hillsborough earlier and the year. She just lost to Tyler’s number 6-3 in third at the 1 flight. She competed but has improved her game to another level this year.

After her first year at ABAC was cut short by the pandemic, Natalie Kohoutkova was determined to make the most of this season. Playing at the No. 1 spot for ABAC, Kohoutkova finished with 13-3 singles record and ranked the No. 2 player in the nation. Her success in singles was enough to earn her ITA Singles All-American status for the second time in her college career. In doubles, Kohoutkova competed primarily at the top of the lineup. She ended the season ranked No. 12 in the nation in doubles.