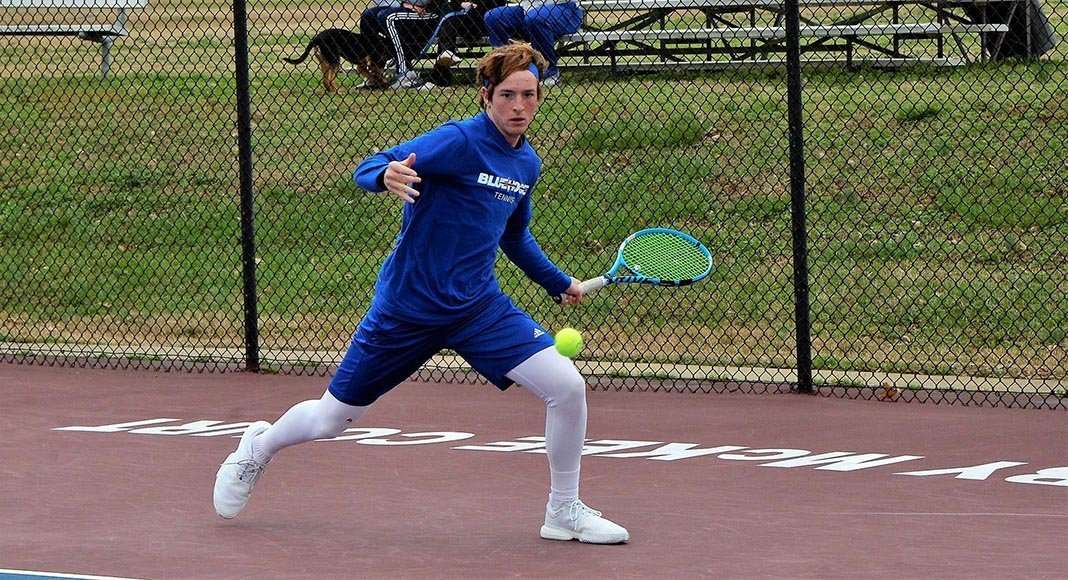 Two leaders have emerged in the ITA Summer Circuit Points Race. Arizona’s Kayla Wilkins has finally pulled ahead after sharing the top spot with other players the previous three weeks. On the men’s side, Presbyterian’s Maxwell Bennett maintained his spot at the top of the rankings for a second straight week, but is followed closely behind by four players tied for second place.

After four weeks of the ITA Summer Circuit by Universal Tennis, college tennis continues to dominate. All 11 of the players ranked in the Points Race are collegiate players.

Arizona’s Kayla Wilkins continued her ITA Summer Circuit dominance this week. After taking a week off for Week Three of the Circuit, Wilkins was back in action at the ultra-competitive NC State tournament.

For the third straight Summer Circuit tournament, Wilkins found herself in the finals of the event. However, unlike previous weeks, she was unable to claim the crown. The Arizona rising junior fell to NC State’s Abigail Rencheli in a three-set battle. Rencheli started the finals matchup strong and took the first set 6-3, but Wilkins answered back with a 6-3 set of her own in the second. However, in the tiebreak Rencheli pulled ahead and shut the door on Wilkins, keeping her from her third straight Summer Circuit crown.

Despite falling short of the overall victory at the NC State tournament, Wilkins claimed the outright lead in the Summer Circuit Points Race. The previous three weeks she had shared the No. 1 spot with several other competitors. As it stands, Wilkins is 100 points ahead of second-place Lily Woods — a gap that could be overcome in a week by even just a flight one semifinals finish (worth 125 points). Last week, Wofford’s Woods and Michigan’s Nicole Hammond were tied for first with Wilkins. Like Wilkins, Woods competed at the NC State tournament and fell to Rencheli in the semifinals. In third place is Hammond — who did not compete this week. She won her respective tournaments in Week One and Two of the Circuit to secure her 700 points.

After appearing in Week Two of the Summer Circuit Points Race standings, Southern Mississippi’s Suhana Sofia Mohd Adam Das and Southwestern’s Nina Mitrofanova are back in the rankings tied for fourth.

At the Western Athletic Club tournament, Das put together a strong run to finish as the tournament runner-up. Her finals finish garnered her 225 points to boost her to fourth place. Das faced Jayci Goldsmith of Texas A&M in the finals. The match started out in her favor as she took the first set, but the more experienced Goldsmith worked her way back into the match and won in the tiebreak. However, the Southern Miss rising sophomore is no stranger to success in the Circuit. She won the Oberlin College event in Week Two.

Out west in Washington, Nina Mitrofanova made her second straight Summer Circuit finals appearance. In the finals, she faced blue-chip junior Valerie Glozman. Glozman blanked Mitrofanova in the first set and posted a strong second set to clinch the crown, but Mitrofanova was still rewarded for her finals appearance. The 225 points boosted her to fourth place.

The Men Are Closing In

For the second straight week, Presbyterian’s Maxwell Benson is atop the Summer Circuit Points Race standings; however, his lead is shrinking. In Week Three, Benson led by 250 points, but after falling in the quarterfinals of the NC State tournament to Clemson’s Daniel Labrador it was cut to 125 points.

Two players from the Week Three Points Race top five rankings – Avery Zavala and Andy Mackler – are part of the pack closing in on Benson. As it stands, there are four men’s players tied for second place.

Arkansas’ Avery Zavala has competed in all four weeks of the ITA Summer Circuit. He has made it to the finals twice – taking the crown once – and the semifinals twice. In Week Four at the UT Arlington tournament, Zavala reached the semifinals before falling to junior Paul Wang. In a hard-fought match, Wang edged out Zavala by taking the first-set tiebreak and third-set tiebreak. The semifinal finish of 125 points was enough to keep Zavala in his second-place position from the week before.

At the Western Athletic Club’s tournament, Andy Mackler strung together a run to the finals and was rewarded with 225 points. The second-place finish boosted Mackler from fifth place to tied for second. In the finals, Mackler faced Middlebury’s Aidan Harris. The two split the first sets and went to a tiebreak where Harris pulled ahead to take the win.

After appearing in Week Two of the Points Race standings, William & Mary’s Sean Joseph and Nebraska’s William Gleason have surged into second place in the standings. The two are tied with Avery Zavala and Andy Mackler for second place and only 125 points behind first place.

William & Mary incoming freshman Sean Joseph won his first ITA Summer Circuit tournament this week. Previously, Joseph reached the semifinals in Week One and finals in Week Two. At the Goucher College event, Joseph downed Bucknell’s Nick Mueller. Joseph edged out Mueller in a tight first-set tiebreak and then ran up a score of 5-0 in the second before Mueller was forced to retire.

In Minnesota, Nebraska’s William Gleason won his second straight ITA Summer Circuit event. Previously, Gleason won the Week Two event at the Kossover Tennis Center. This week he defeated junior Justin Prochnow to take the crown. Gleason powered through his match with Prochnow and won in straight sets. Gleason has not dropped a set in either of the Summer Circuit tournaments he competed in.

Check out the rest of the results from Week Four of the ITA Tour: Summer Circuit