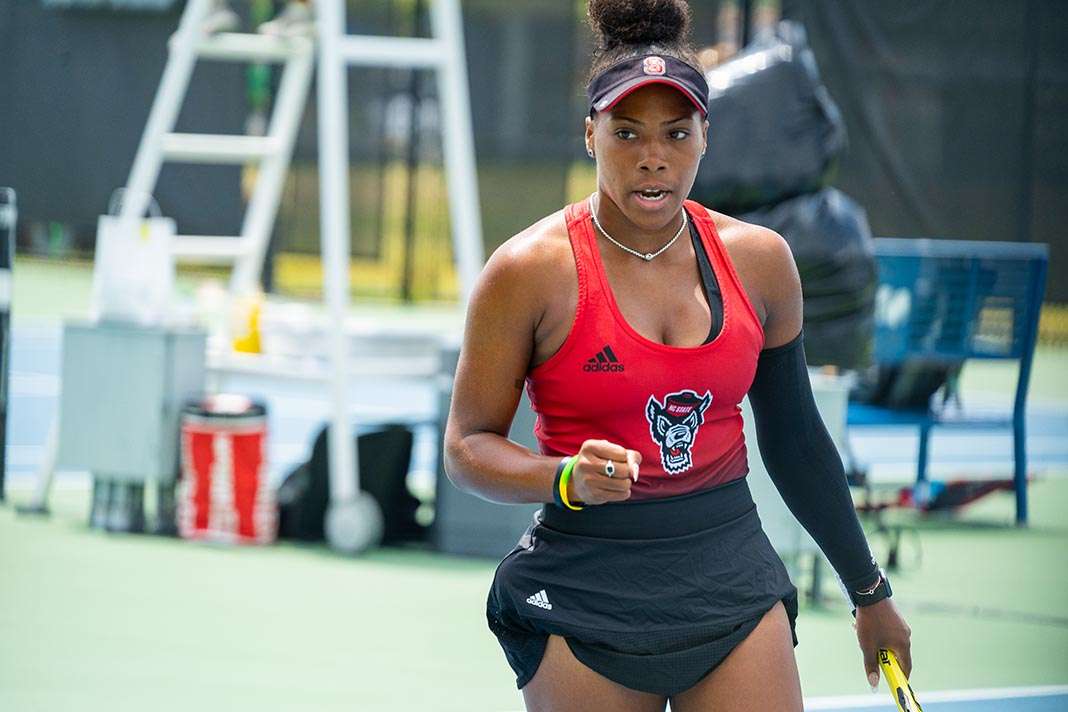 With the 2021 ITA Tour: Summer Circuit by Universal Tennis drawing near to the end, players flocked to the courts in Week Five. The twelve Week Five tournaments provided opportunity for collegiate, junior, and professional players to compete safely across the country. Week Five marked a first for the ITA Summer Circuit as the first tournament was hosted outside of the continental US.

We’ve crunched the numbers and have everything you need to know.

Week Five held 12 different opportunities for players to compete and sharpen their skills. Ranging from Virginia to Montana to Texas to California, the Summer Circuit had a presence across the whole country. The most popular event was held in Azusa, California. A total of 132 players – 73 men and 59 women – competed at the event.

1 Tournament Outside of the Continental United States

Hawaii Pacific University took on the task of hosting the first ITA Summer Circuit tournament in Hawaii. The event marked the first time a Summer Circuit tournament was played outside of the continental U.S. The Women’s Singles draw was won by BYU’s Leah Heimuli. She defeated Alyssa Tobita in straight sets to claim the crown. On the men’s side, Hawaii Pacific Men’s Tennis Head Coach Henrick Bode claimed the crown over Montana State’s Jacob Huppin.

During Week Five of the Summer Circuit, colleges and universities continued to be well represented at the tournaments. Collegiate players from 205 different universities and colleges competed at events this past weekend.

The Division I schools had, by far, the largest representation. There were 95 DI schools that had student-athletes who participated in tournaments this weekend. Division I had 41 more institutions represented than next division. Checking in next with 54 schools is Division III. Rounding out the NCAA divisions, Division II had 30 schools represented. NAIA and Junior College followed suit and had 16 and 10 schools represented, respectively.

In total, 388 collegiate student-athletes competed in the Week Five of the Summer Circuit. Out of the 388, 199 were a part of men’s programs and 189 were part of women’s programs.

Collegiate Players Made Up 40.3% of All Players

At the Waco Regional Tennis Center tournament, Sven Lah of Baylor tennis finished with the top UTR for all men’s players in the Week Five of the Summer Circuit. Lah breezed through his first three opponents taking them all in straight sets and only allowing seven games between the three of them. Two of his three opening opponents were collegiate players including his own teammate Justin Braverman. In the semifinals, Lah was locked in a battle with Auburn’s Jackson Ross. The two were in tight competition in first set before Lah was forced to retire.

In Auburn, Jaeda Daniel held the top UTR for all women who competed in Week Five of the Summer Circuit. Daniel blew through the competition in Alabama this weekend. She won all four of her matches in straight sets and only allowed 11 games total. In the finals, Daniel faced Auburn’s Yu Chen. She started the match by blanking Chen in the first set and finished with a 6-3 second set. The Auburn tournament marked the second Summer Circuit event Daniel competed in this year and the first that she has won.

Catch up on the rest of the results from Week Five of the Summer Circuit!