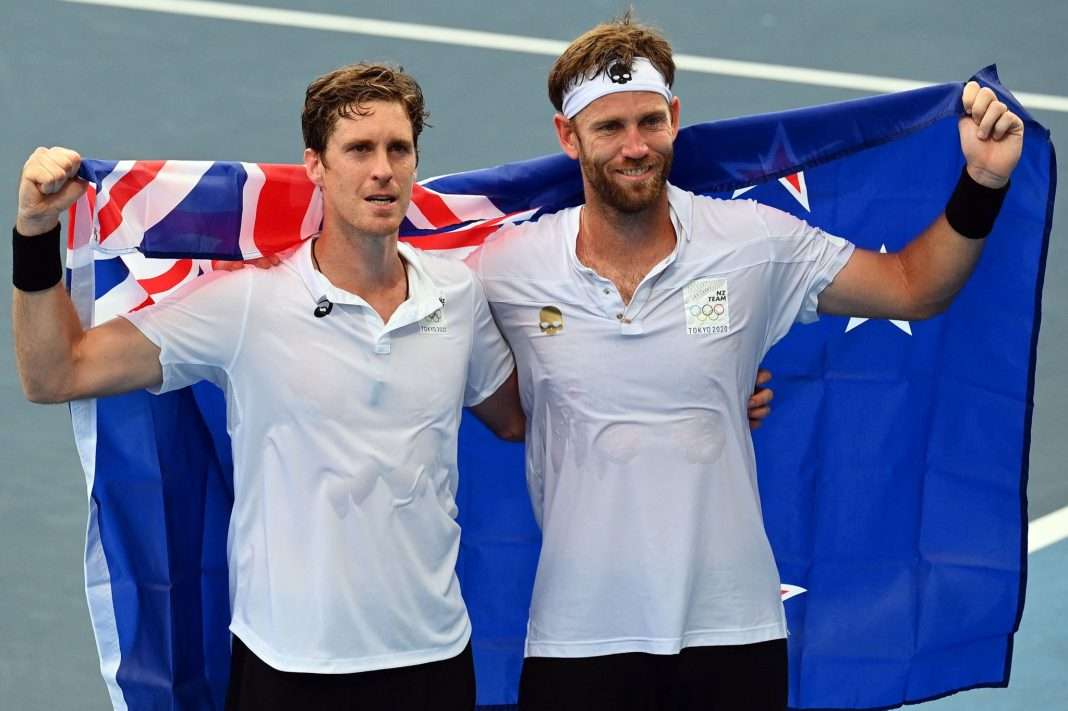 Daniell and Venus overcame the American pairing 7-6(3) 6-2 to achieve a memorable milestone for their nation – and is the first tennis medal for New Zealand in 109 years.

Venus and Daniell’s triumph meant that Team USA came away from the tennis event at an Olympic Games empty-handed for the first time in a remarkable 101 years, since Antwerp 1920. The Americans have collected 39 tennis medals, including 25 since the sport was re-integrated into the Games in 1988, but they couldn’t add to that tally in Tokyo.

Daniell and Venus edged proceedings in the first set by proving watertight on serve, pulling up five set points for a 6-1 lead in the tiebreak, and they ultimately clinched the opener after 6-3 on Venus’ serve when Krajicek dragged a forehand reply wide.

They broke the Sandgren serve for a 2-0 lead in the second when the American sprayed a bullet Venus forehand reply wide of the tramlines and held the advantage through to 5-2.

With the writing on the wall for Team USA, the Kiwis stepped it up another notch, winning in style when they broke Krajicek to love when Venus pounced at the net to secure a momentous bronze.