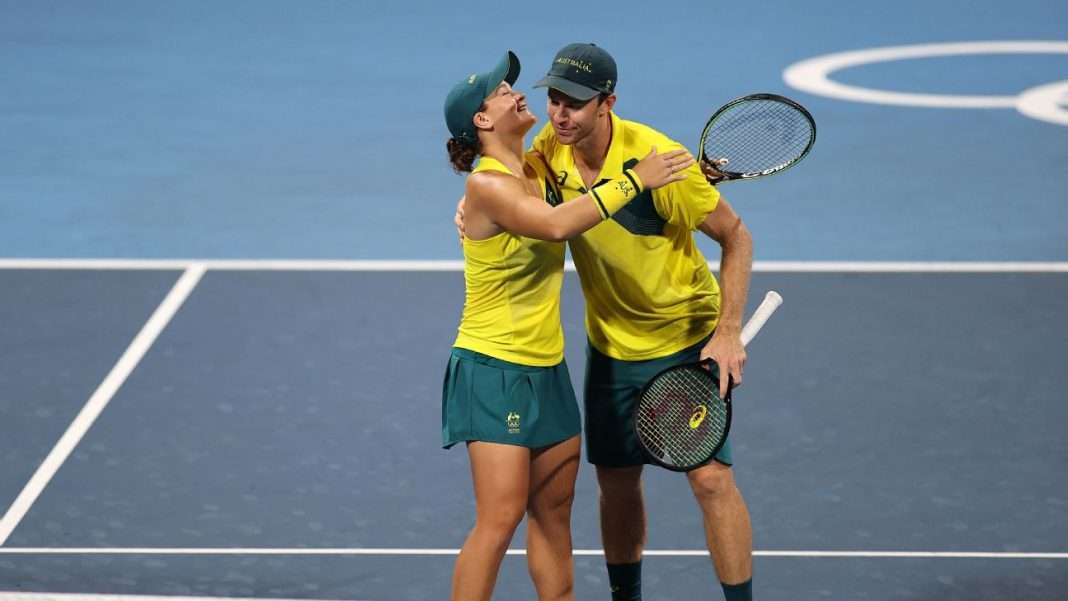 Peers, alongside Barty, was set to meet fellow world No.1 Novak Djokovic and Nina Stojanović in Tokyo on Saturday. Djokovic pulled out of the match, after he lost his singles bronze-medal match to Pable Carreno Busta of Spain, due to a shoulder injury.

It is the first Olympic Games medal for both Peers and Barty, and the sixth tennis medal for Australia. Previously, Alicia Molik took bronze at Athens 2004 in women’s singles; in women’s doubles, bronze went to Elizabeth Smylie and Wendy Turnbull at Seoul 1988, and Rachel McQuillan and Nicole Bradtke at Barcelona 1992. In men’s doubles, Todd Woodbridge and Mark Woodforde won gold at Atlanta 1996 and silver at Sydney 2000.

Peers and Barty were teaming for the first time this week since the unseeded pair enjoyed a run to the quarter-finals at the 2014 US Open. The Australians moved past Argentine tandem Nadia Podorska and Horacio Zeballos, and Greeks Maria Sakkari and Stefanos Tsitsipas en route to the semi-finals. However, Barty and Peers narrowly missed out on a place in the gold medal match on Friday as they squandered a match point before being edged out by the ROC’s Anastasia Pavlyuchenkova and Andrey Rublev 5-7, 6-4, [13-11].

Peers, who reached a career-high of No.2 in the FedEx ATP Doubles Rankings in April 2017, has won 24 ATP Tour titles, including ATP Masters 1000 crowns in Toronto, Shanghai, and Paris.