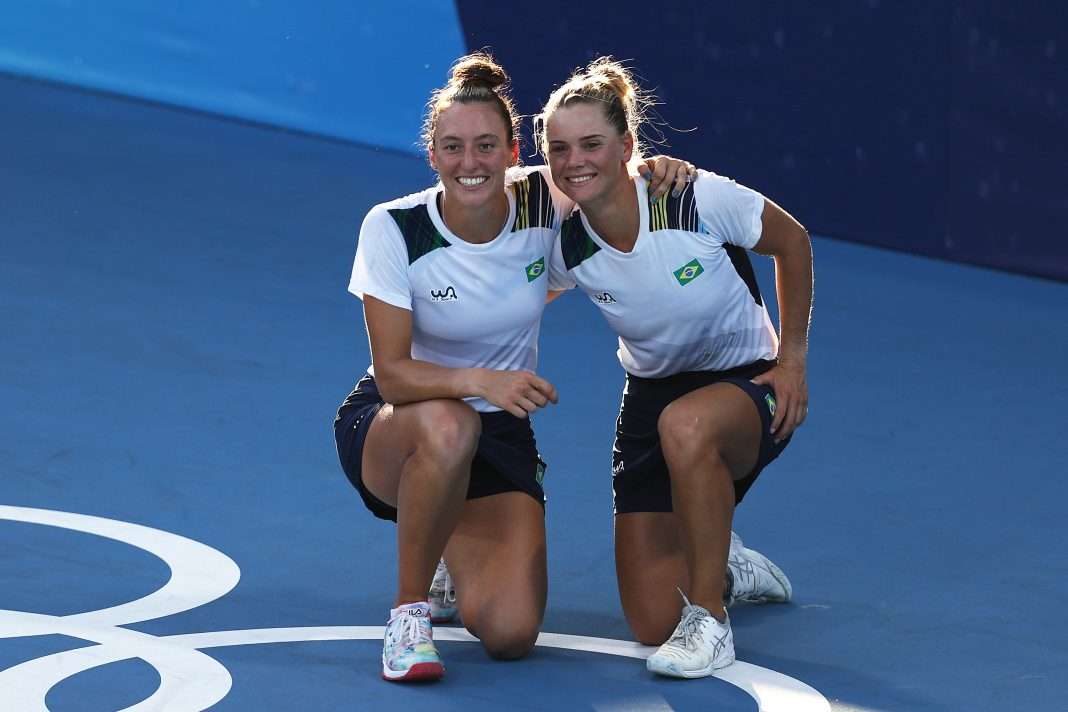 Luisa Stefani andLaura Pigossi pulled off an improbable comeback victory in the bronze-medal final at the Tokyo Olympics on Saturday, garnering a historic first Olympic medal in tennis for Brazil.

The pair from Brazil saved four consecutive match points in the decisive match-tiebreak en route to defeating 2021 Wimbledon finalists Veronika Kudermetova and Elena Vesnina, 4-6, 6-4, [11-9], completing their Cinderella run through the event with a trip to the podium.

The Brazilians were one of the final teams to obtain entry into the doubles draw, but they made the most of their last-minute opportunity, stunning the Russian duo to snatch the bronze medal after two hours and 11 minutes of play.

Pigossi and Stefani had played only four matches together before their respective Olympic debuts this week. In fact, this was Pigossi’s first Tour-level doubles event of the 2021 season.

Nevertheless, Stefani, ranked World No.23 in doubles and a three-time doubles finalist on the WTA this year, paired sublimely with Doubles World No.188 Pigossi all week. They defeated two seeded teams before falling to Belinda Bencic and Viktorija Golubic of Switzerland in the semifinals.

“We knew that we had given everything, and now we have all this emotion,” said Stefani, after their win. “From 0-0 to 9-5 [in the match-tiebreak], we believed we could make it. This feeling of confidence and to play properly, this is what is wonderful.”

Pigossi and Stefani made the first set competitive, pulling from 1-4 down to 4-4. However, big returns by the Russians helped Kudermetova and Vesnina break for the one-set lead, as Vesnina aimed to add another Olympic women’s doubles medal to the gold she won alongside Ekaterina Makarova in 2016 Rio.

Still, the momentum the Brazilians accrued at the end of the opening frame paid off in the second, when they broke serve in the very first game. Behind the powerful shots by Pigossi and the superlative net play from Stefani, they never relinquished that advantage through the rest of that set.

As the match-tiebreak started, though, it was the Russians who took early command, jumping ahead 5-1 as sterling serves and returns by Vesnina set up excellent volley winners by Kudermetova. The Brazilians stayed with the Wimbledon runners-up, but Kudermetova and Vesnina still reached quadruple match point at 9-5.

However, bolstered by more exceptional volleying by Stefani, she and Pigossi erased all four of those chances in a row, and the breaker reached 9-9. At that point, a rally ended with a netted Vesnina groundstroke, suddenly giving the Brazilians their first match point, which they converted to claim an emotional comeback victory.

Pigossi and Stefani celebrated with their teams on the court after completing their week in style, as they surpassed Brazil’s previous best-ever finish in an Olympic tennis event. Fernando Meligeni also reached the bronze medal match of the men’s singles event at 1996 Atlanta, but he fell to Leander Paes of India and finished just off the podium in 4th place.

“There is nothing more important than representing Brazil,” Stefani said. “This is important for tennis in Brazil. It’s a brilliant achievement. Maybe this will bring us more players in Brazil and motivate more girls to play tennis. This is what is wonderful in sport: I want to see Brazilian sport grow, for us to become more important in the sports world, especially for girls.” 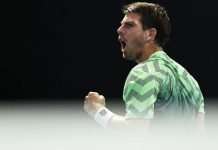 How One Phone Call Changed It All