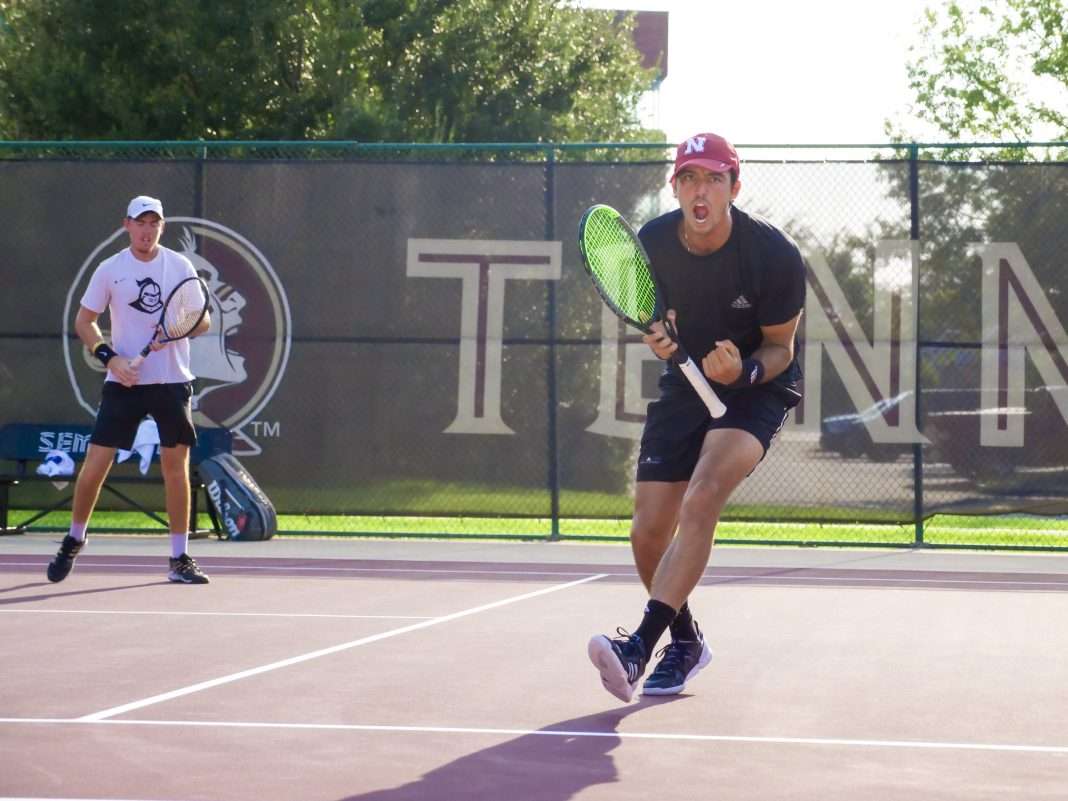 The final matches of the 2021 ITA National Summer Championships have been decided. On Tuesday morning, the remaining three national championship titles were given out. Furman’s Julia Adams claimed the Women’s Singles title while Michigan’s Jacob Bickersteth won for the men. The Men’s Doubles title was claimed by Trey Hilderbrand of UCF and Patrick Cacciatore of Nebraska. Yesterday, Abigail Rencheli and Jaeda Daniel of NC State paired together to win the Women’s Doubles title.

We’ve got the details of each final covered for you.

Julia Adams and Carolyn Ansari fought to the very end in their Women’s Singles final. In the first set, Adams jumped out to an early lead. She claimed the first two games before Ansari got on the board and then stretched her lead once again to 4-1. Fighting to remain in the set, Ansari won the next two games, but that was all she had left in that set.

Despite dropping the first set 6-3, the Auburn junior did not back down. With her back against the wall, Ansari rattled off six straight games, blanking Adams. In the tiebreak, Adams once again started with the edge going up 3-1, but Ansari stayed close. The score was tied three different times with Ansari taking the lead twice. At eight-all, Adams got the go-ahead point and didn’t look back. The Furman senior won her first national title 6-3, 0-6, 1-0 (8).

It was all Jacob Bickersteth in the Men’s Singles final. The Michigan sophomore led Lukas Greif from beginning to end. Greif continued to battle throughout the entire match, not letting Bickersteth slip away, but he could not close the gap.

After a commanding 6-3 first set, Bickersteth took advantage of the momentum that he built and shot out to a 3-0 lead in the second. Greif held off Bickersteth in the fourth game and won back-to-back games to pull within one. However, it was not enough. Greif only managed to notch one more game before Bickersteth closed out the match. Bickersteth clinched his first national title with a 6-3, 6-3 victory.

The women’s doubles final was contested yesterday afternoon between Abigail Rencheli/Jaeda Daniel and Katherine Duong/Josie Frazier. Fresh off their quarterfinal and semifinal matches earlier in the day, the NC State teammates surged out to a lead early. Rencheli and Daniel built a two game lead before Illinois’ Duong and Frazier could get on the board. Unfortunately, 2-1 was the closest the score would be the entire match.

Rencheli and Daniel ran up the score to 7-1 and were on the verge on winning the title, but a couple of errors brought the score to 40-all. With Rencheli serving, the NC State team sealed their victory, embracing on the court.

Passions were high in the Men’s Doubles final between Trey Hilderbrand/Patrick Cacciatore and Jared Pratt/Sebastian Vile. Unlike yesterday’s Women’s Doubles final, the men’s match was a back-and-forth brawl. Early in the match, Pratt and Sebastian were holding a slight edge, but with the match tied at three-all, Hilderbrand and Cacciatore pulled ahead going up by as much as three games.

Pratt and Vile fought back to close the gap, but they never regained the lead. With Hilderbrand serving for the match, he closed the net putting the pressure on the Wisconsin team. Wisconsin felt the pressure and sailed the ball long, giving Hilderbrand and Cacciatore the win.