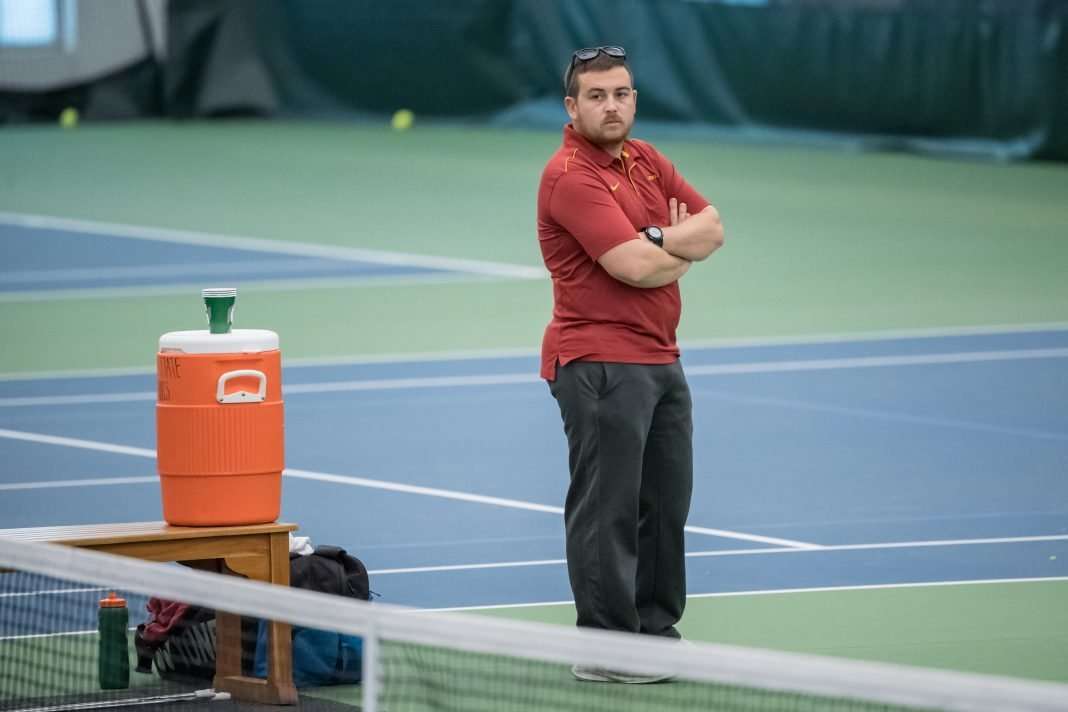 Boomer Saia of Iowa State joins the College Tennis Coaches Podcast to discuss his career path, a friendship with host Dave Mullins, and how he continues to excel as a college tennis coach. Boomer Saia (pronounced CY-uh) has orchestrated one of the best turnarounds in college tennis since arriving at Iowa State.

One of the nation’s brightest young coaches and an integral part of teams that have reached the Final Four at Vanderbilt and most recently the Elite Eight at Texas Tech, Saia was named Iowa State head coach on June 14, 2018, and the Cyclones have been on an upward trajectory ever since. The 2020-21 Cyclones rewrote the record books with a historic season.

Saia earned Big 12 Coach of the Year and Wilson ITA Central Region Coach of the Year honors after leading Iowa State to a 14-8 overall record and the school’s first-ever NCAA Tournament appearance in 2020-21. Iowa State went undefeated at home (8-0) for the second-straight season and finished the season ranked.

Saia possesses a great familiarity with the Big 12 Conference, having spent much of his professional career in the league. He has been on staff as an assistant at Oklahoma (2014-16) and also worked in a volunteer role at his alma mater Kansas (2010-14), where both programs ranked inside the top-35 during his tenure.

On the College Tennis Coaches Podcast with host Dave Mullins, he and his guests deliver some of the best tennis coach educational information through open discussions. Current coaching topics, trends and some fun along the way will make this your new favorite educational podcast.