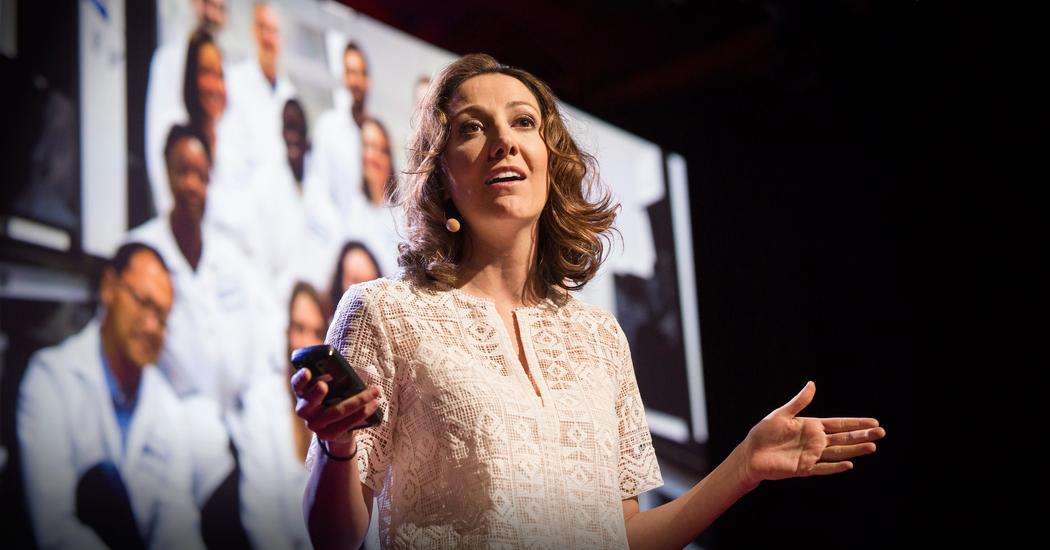 Dr. Pardis Sebati, an alumnus of Massachusetts Institute of Technology (MIT), Oxford University, and Harvard University, will receive the 2021 ITA David A Benjamin Achievement Award. The award, a highly prestigious honor from the Intercollegiate Tennis Association (“ITA”), will be presented on August 29, 2021, in New York, New York.

Dr. Sabeti completed her undergraduate degree at MIT where she was a member of the varsity tennis team and class President. Her graduate work was at Oxford University as a Rhodes Scholar and her medical degree summa cum laude from Harvard Medical School as a Soros Fellow. Initially, Sabeti planned to enter medicine and become a doctor; however, she decided to pursue research instead after completing medical school and discovering she preferred research to medicine. Currently, Dr. Pardis Sabeti is a Professor at Harvard University, the Harvard School of Public Health, the Broad Institute of Harvard and MIT, and a Howard Hughes Medical Institute Investigator.

“Dr. Sabeti joins a long list of distinguished ITA David A Benjamin Achievement Award laureates, astonishing individuals who played college tennis and have gone on to change the world in very positive ways,” said ITA Chief Executive Officer Dr. Timothy Russell. “The depth and breadth and diversity of Dr. Sabeti’s interests and accomplishments stretch what seems to be possible by one human being. College tennis develops great leaders, championship human beings on and off the court.”

Now in its 27th year, the ITA David A Benjamin Achievement Award pays tribute each year to past participants in the world of varsity tennis who have achieved excellence in their chosen careers. The spirit of the award honors both professional success and contributions to society made either as a direct result of a career or through humanitarian efforts. In 2015, Margie and Stan Smith endowed the ITA Achievement Award in honor of Dr. Benjamin, the long-serving Executive Director and Chairman of the Board of the ITA.

“The lessons learned on the tennis court over a period of four years are a vital companion to the academic lessons of higher education,” remarked ITA Chairman Emeritus, David A Benjamin. “The winners of the ITA Achievement Award are extraordinary individuals who benefited from the experience of intercollegiate competition, went on to great accomplishments, and have made significant contributions to their communities. No one has ever embodied this prestigious award better than Dr. Pardis Sabeti, our 2021 ITA Achievement Award Laureate.”

Sabeti teaches at Harvard and is the host of ‘Against All Odds’ included as part of AP stats classes nationwide, a co-creator of the educational program Operation Outbreak, will be hosting Outbreak Science for the Crash Course YouTube channel, and is the lead singer and co-songwriter of the rock band Thousand Days. She is one of the co-founders and a shareholder of SHERLOCK Biosciences, a company dedicated to improving health worldwide through accurate, fast, and affordable testing, and is on the board of Danaher Corporation.

“Receiving this award named for David Benjamin, a hero to intercollegiate athletes and the sport of tennis itself, is truly one of the great honors and joys I’ve ever experienced,” said Dr. Pardis Sabeti. “David views tennis not only as a thrilling sport, but also as a way to help young students develop good, strong qualities they will carry with them throughout their life, and this has been so true for me. While most of my success in life has come from the work I do in academia and research, it has always been fueled by athletics and tennis in particular. Throughout high school and college, tennis kept me focused and healthy, while also providing me the feeling of being part of a team and pure joy when on the court. I thank David and the ITA for all they have done for me and the sport of tennis.”

Stan Smith, President of the International Tennis Hall of Fame, will present the award along with David A Benjamin, ITA Chairman Emeritus; Timothy Russell, ITA Chief Executive Officer, and Jon Vegosen, Chairman of the ITA Board of Directors.