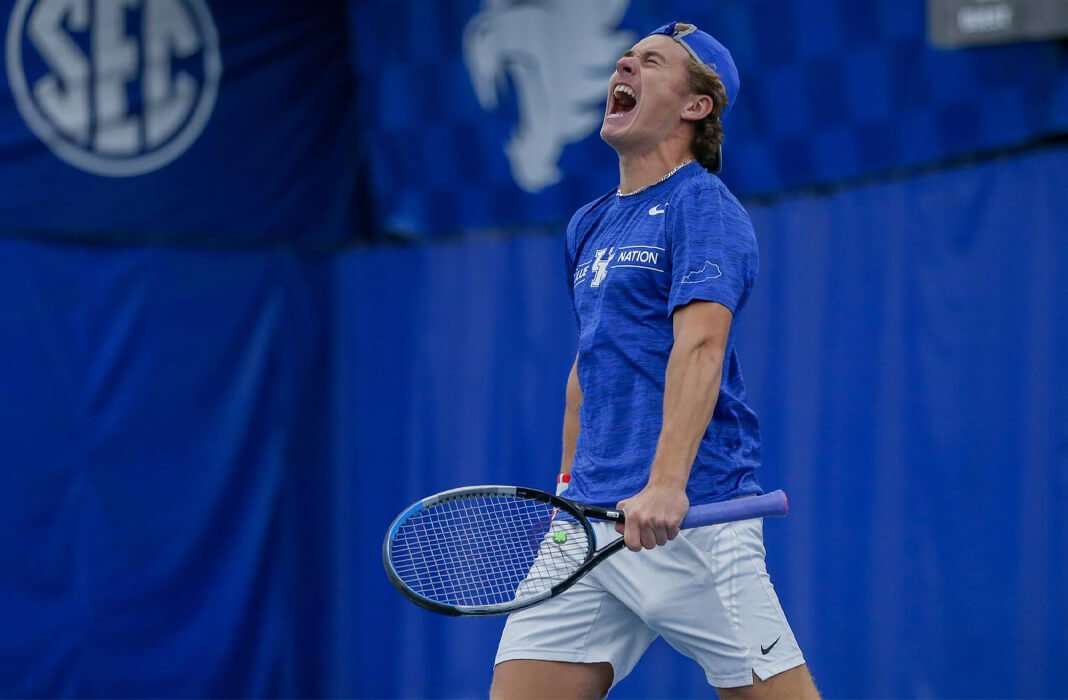 The SEC is showing up strong in the ITA Division I Men’s Singles Preseason Rankings. All five of the top singles players hail from SEC schools. The Gators are the sole SEC school to place two in the top five with No. 2 Sam Riffice and No. 4 Duarte Vale.

The top spot went to Kentucky standout and ITA National Player of the Year Liam Draxl. Draxl finished the 2021 season ranked No. 1 nationally after reaching the singles semifinals at the NCAA Championships. Draxl was featured in every ranking during the 2021 season and held the top spot in the final five rankings. Last season, he notched two wins over two players ranked No. 1 in the country.

Returning for his senior year, Florida’s Sam Riffice slides into the No. 2 spot. Riffice ended his junior campaign with a NCAA Singles title. He came back in the championship match to defeat Daniel Rodrigues and bring home the third singles title in program history to Gainesville. After spending his summer competing on the USTA Collegiate Summer Team, Riffice competed in the 2021 US Open. He fell in the first round to Grigor Dimitrov (ATP 18). Joining him in the top five of the rankings is teammate Duarte Vale. Vale checks in at No. 4. Vale led the Gators at the top of the lineup all season. He finished with a 17-6 record and was named an ITA Singles All-American for the second time in his career.

Coming off a stellar sophomore season, South Carolina’s Daniel Rodrigues claims the No. 3 spot in the preseason rankings. Rodrigues had a record breaking season for the Gamecocks. He became the first player to be ranked No. 1 and only the second player to reach the NCAA singles finals.

Tennessee’s Adam Walton rounds out the top five of the preseason rankings. Walton was a key player for the Vols last season. He led the team at the No. 1 singles spot and finished with a 22-11 record. During the NCAA Team Championship, Walton went 4-0 at No. 1 singles which earned him All-NCAA Tournament honors.