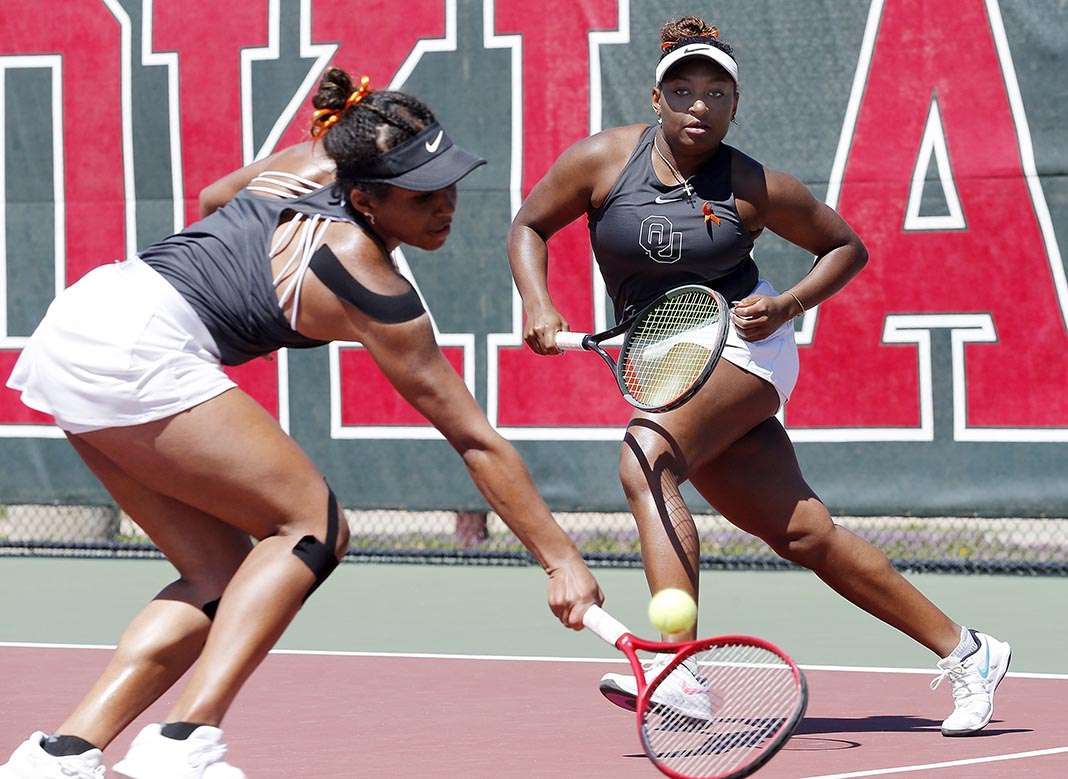 Both the SEC and the ACC placed two doubles teams in the top five of the ITA Division I Women’s Preseason Doubles Rankings. However, the top spot was awarded to Oklahoma’s Corley sister duo. Ivana and Carmen Corley combined last season for a 17-2 dual match record and a 6-0 record against ranked opponents. They were ranked as high as the No. 11 doubles team in the country last season — an OU program-best ranking.

Duke’s Chloe Beck and Karolina Berankova claim the No. 2 spot in the preseason rankings. Last season, the duo was named ITA Doubles All-Americans for the first time in their careers. In the NCAA Doubles Championship, they reached the Round of 32. They are joined in the top five by fellow ACC student-athletes Natasha Subhash and Sofia Munera of Virginia. The Cavaliers pair reached the quarterfinals of the NCAA Doubles Championship before falling to eventual champions Scotty/Jones of UNC.

Representing the SEC in the top five are Texas A&M’s Tatiana Makarova/Jayci Goldsmith and Tennessee’s Esther Adeshina/Daria Kuczer. The Aggie tandem claim the No. 3 spot in the preseason rankings after reaching the quarterfinals of the NCAA Doubles Championship. The senior-sophomore team of Kuczer and Adeshina round out the top five of the rankings. They finished their first season playing together by downing Subhash and Munera in dominant fashion.