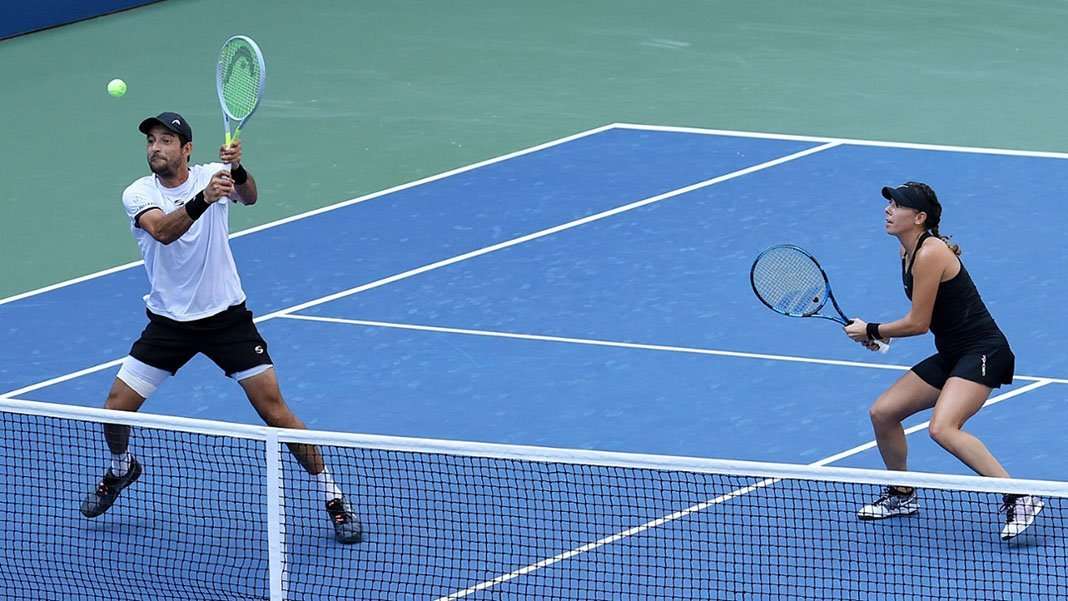 For the first time since 1981, the finalists for the US Open Mixed Doubles event will all be former college student-athletes. While college tennis has been well represented in the event in the past, there have been 38 championship matches since the last final where all four finalists had college ties.

Finalist Giuliana Olmos played four seasons for the USC Trojans. Since leaving the Trojans, she has played professionally and has worked her way to be ranked No. 24 in doubles and No. 484 in singles. Olmos will face a familiar opponent in Krawczyk. The two frequently pair together. In fact, Olmos’ first WTA Doubles title came alongside Krawczyk at 2019 Nottingham.

Her partner, Marcelo Arevalo, played collegiately at the University of Tulsa. Arevalo was a transformative player for the Golden Hurricane. In 2011, he helped his team advance for the first time in program history to the NCAA Round of 16 with a straight-set victory over his opponent. Arevalo currently holds a career-high doubles ranking of No. 36 in the world.

Alongside Olmos, Arevalo has powered through the Mixed Doubles draw. The pair has won all of their matches in straight sets including a second-round tilt against one-seed Melichar-Martinez/Dodig.

On the other side of the court, Arizona State’s Desirae Krawczyk is quickly becoming a fixture in Grand Slam Mixed Doubles finals. Krawczyk will be going for her third straight Mixed Doubles title from a major. Earlier this year, she won the French Open title with Salisbury and then followed up with the Wimbledon title a month later.

She will be pairing up once again with Memphis’ Joe Salisbury. He competed at Memphis for four years and left the program as the all-time career doubles wins leader. Since turning professional, Salisbury has made a name for himself in doubles. He will be looking for his second Grand Slam Mixed Doubles title.

With a win in the finals, Salisbury will achieve a feat that has not been done since 2010 — win both the US Open Men’s Doubles title and the Mixed Doubles title. He would join the company of Stanford legend Bob Bryan.

The teams will face off at 1 PM ET in Arthur Ashe Stadium.