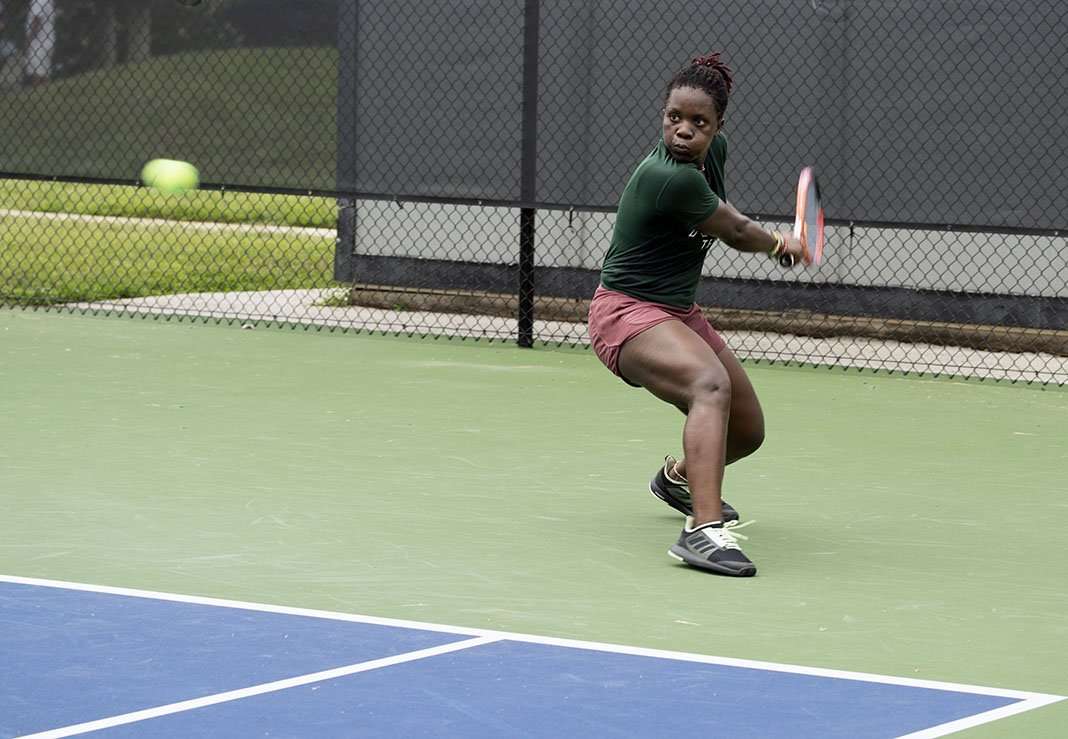 ATLANTA – Although rain brought the 2021 HBCU National Tennis Championships to an early end, it failed to put a damper on the entire event.

Tournament organizers, players and coaches were excited to be back amongst each other’s company following a pause in 2020 due to COVID-19. The 2021 HBCU National Tennis Championships marked the 20th anniversary of the tournament, and the action at the South Fulton Tennis Center certainly rose to the level of intensity one would expect with championships at stake.

Xavier University of Louisiana, representing the NAIA, took home both the women’s and men’s team titles. It is the first time in XULA history the women and men have won the HBCU National Tennis Championships team title in the same year. For the men, it’s their third HBCU title, as they won back-to-back in 2015 and 2016. This is the second HBCU title for the women, who first won in 2018.

Before rain halted play, one flight of men’s doubles did manage to crown a champion. Santiago Perez and Shaikh Abdullah of XULA claimed the A flight title, as they bested Alcorn State’s David Pata and Luka Andonov in the final. Perez also reached the final in the A flight singles draw. The No. 1 seed, Perez faced No. 2 seed Mikeal Carpenter of Morgan State for the championship, but the match was stopped midway through the first set when the rain intensified.

In addition to the on-court action, the 2021 HBCU National Tennis Championships featured a USTA High School Combine. The combine provided attendees the opportunity to hear from USTA and ITA staff, along with HBCU coaches, on the college recruiting process. Attendees also had the ability to take to the courts to play an abbreviated set.