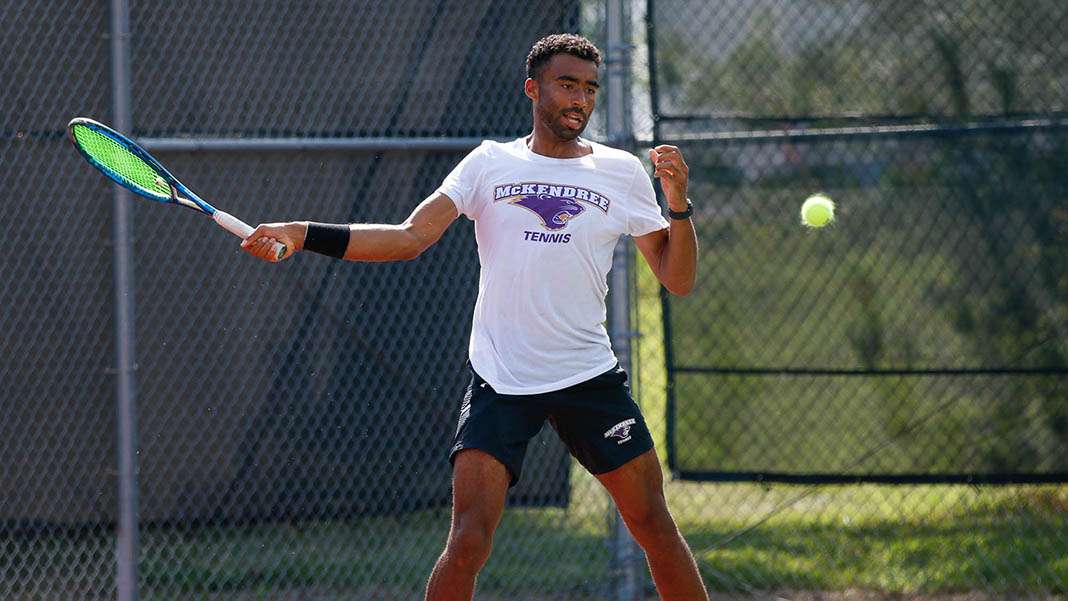 Following an exciting and successful Week One of the ITA Tour: Fall Circuit by Universal Tennis, the second week of the Circuit delivered just as much quality tennis action despite only being held in two locations.

The Seasoned Vets Show Out

Due to the inclusive nature of the ITA Tour: Fall Circuit by Universal Tennis, it’s not uncommon to have matchups featuring college graduates, current college players or high school students. This happened to be the case during Week Two in New Jersey as Philip Fama pulled out the finals win over Sadhista Linga in a third set tiebreaker, 1-0 (12). Fama spent the 2018-19 season as the Quinnipiac University men’s tennis volunteer assistant, an experience that surely helped him navigate through the hard fought quarterfinals and semifinals, where Fama beat opponents Francisco Alvarado and Aaron Khubani. Fama won each of his matches in a third set tiebreaker after dropping the second set. His opponents were unable to outlast his grit and determination.

In St. Louis, it was graduate transfer Boriss Kamdem who emerged victorious from the men’s draw. Kamdem, who hails from Belgium, played on the back half of the University of Tulsa lineup before graduating with a degree and transferring to McKendree University to continue his collegiate tennis career. Kamdem also spent time with the national team of Cameroon, only adding to his already impressive resume and experience. It seemed to be smooth sailing as Kamdem made quick work of Purushotham Koduri, (6-0, 6-1) Noah Becker (6-3, 6-3) and Juan Suero Perez-Frade (6-1, 6-0) to advance to the semifinal. However, things got a little more challenging, as Kamdem faced off against Washington University in St. Louis player,Abhimanyu Ramireddy. Ramireddy made a push in the first set, but ultimately Kamdem was able to finish him off 7-6 (4), 6-2, to advance to the finals. In the first set of the finals, Gus Tettamble gave Kamdem a little trouble, but was ultimately no match for the Belgian, who won 7-6 (4), 6-3.

Experienced Beyond Their Years

Some of the weekend’s competitors, such as Stephanie Yakoff, a student at Fort Lee High School, are able to play beyond their years. Yakoff, who has yet to step on a college campus, was clearly the best player in the women’s draw in New Jersey. Yakoff, a five-star recruit breezed through the competition, winning in commanding fashion over her opponents. The only close-call that Yakoff encountered was in the semifinals where she played against Leila Epstein. After Yakoff easily took the first set, Epstein applied some pressure in the second, but didn’t quite do enough. Yakoff advanced by beating Epstein 6-2, 7-5 and kept the momentum going as she downed finals opponent Michelle Ryndin 6-2, 6-1. In fact, Yakoff  was so good that didn’t drop a single set en-route to claiming the title.

The winner from the women’s draw in St. Louis also happened to be a high school junior. Oliwia Mikos showed that younger athletes can not only hold their own, but also dominate against high level competition. The five-star recruit made quick work of her opponents and won without dropping a single set, in similar fashion to Yakoff. Mikos rolled through Washington University in St. Louis student-athlete Maggie Yang in the Round of 16 to kick things off, and never looked back. She went on to beat Ainsley Heidbreder 6-4, 6-2 and high schooler Anna Chow 6-3, 6-2 on her way to the finals, where she faced Genesis Whitelock. Whitelock had a great weekend of her own, and was able to escape unscathed from each of the previous rounds without dropping a set. However, Mikos proved to be too much for Whitelock, as Mikos won handily 6-2, 6-1 to claim the title.

Check out the rest of the results from Week Two of the Fall Circuit!