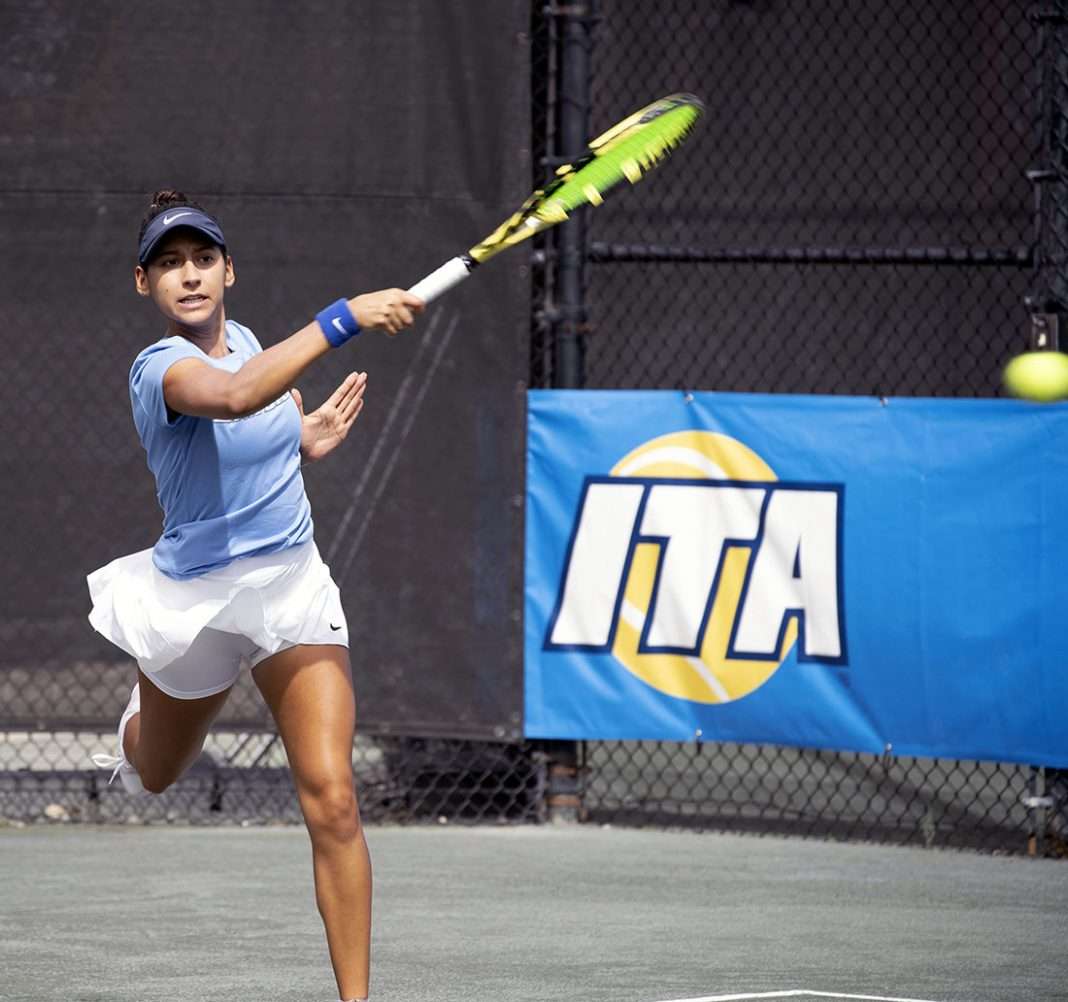 A full day of competition at the 2021 ITA Women’s All-American Championships by LTP was highlighted by upsets of the No. 1 and 2 seeds in singles and doubles.

Old Dominion’s Tatsiana Sasnouskaya & Yuliia Starodubtseva scored a 9-7 victory over Oklahoma’s top-seeded sister duo of Carmen and Ivana Corley in the Round of 16. Sasnouskaya and Starodubtseva topped Clemson 8-3 in the opening round.

Facing the Old Dominion duo in the quarterfinals will be North Carolina’s Alle Sanford and Reilly Tran. The eighth-seeded Tar Heels scored an 8-2 win over North Florida in the Round of 16 and a similar 8-2 result over Utah to open the All-American main draw.

Northwestern’s Christina Hand and Briana Crowley turned back Duke’s second-seeded team of Chloe Beck and Karolina Berankova 8-5 in the Round of 16. Hand and Crowley will take on the sixth-seeded team from Wake Forest, Anna Brylin and Brooke Killingsworth. The Demon Deacons scored a victory over Florida State 8-6 in the Round of 16.

Pepperdine’s Taisiya Pachkaleva and USC’s Eryn Cayetano scored the biggest wins of the day in singles Round of 16 play, toppling the No. 1 and 2 seeds, respectively.

Pachkaleva, a sophomore, turned back No. 1 seed Abbey Forbes of UCLA 6-3, 6-3. Pachkaleva will face USC’s Salma Ewing in the quarterfinals. Ewing advanced on Thursday with a 7-5, 6-3 decision over North Carolina State’s Alana Smith.

Cayetano, a junior, bested No. 2 seed Janice Tjen of Pepperdine 6-0, 6-3. Taking on Cayetano in the quarterfinals is Carolyn Campana of Wake Forest, who earned her spot with a 6-3, 6-1 win over Rebeka Mertena of Tennessee.

Back to doubles, who finally got a chance to step onto the courts after having Wednesday’s anticipated start date scratched due to rain. Two rounds of competition were completed today as the format shifted to an 8-game pro set with a tiebreak at 8-8 if necessary. With the draw now caught up, traditional scoring will resume.

Iowa State’s Miska Kadleckova and Thasaporn Naklo are through to the quarterfinals. The No. 59-ranked team from Ames, Iowa topped Notre Dame’s No. 37-ranked team of Page Freeman and Julia Lilien 9-8 (3) and San Diego’s No. 21-ranked team of Solymar Colling and Elizabeth Goldsmith 8-4 on Thursday.

North Carolina State’s tandem of Jaeda Daniel and Alana Smith knocked off the seventh-seeded team from Pepperdine and Penn in the Round of 16 to advance to face Iowa State in the quarterfinals.

Rounding out the quarterfinal matchups in doubles is No. 3 Texas A&M’s Tatiana Makarova and Jayci Goldsmith taking on Pepperdine’s Victoria Flores and Tjen.

In singles, Irina Cantos Siemers continued her strong play at the All-Americans. The fourth-seeded junior from Ohio State defeated Mississippi State’s Emmanouela Antonaki 6-4, 6-3 in the Round of 16. Cantos Siemers will play freshman Sarah Hamner of South Carolina in the quarterfinals. Hamner scored a 6-4, 6-1 victory over Makarova of Texas A&M on Thursday, becoming the first player in Gamecock history to reach the All-Americans quarterfinal round in singles.

For updates to the schedule and to view all of the draws, be sure to bookmark the ITA Women’s All-American Championships by LTP tournament page. Live scoring is available for the remainder of the championships, courtesy of Tennis Ticker. You can follow along with the action here.