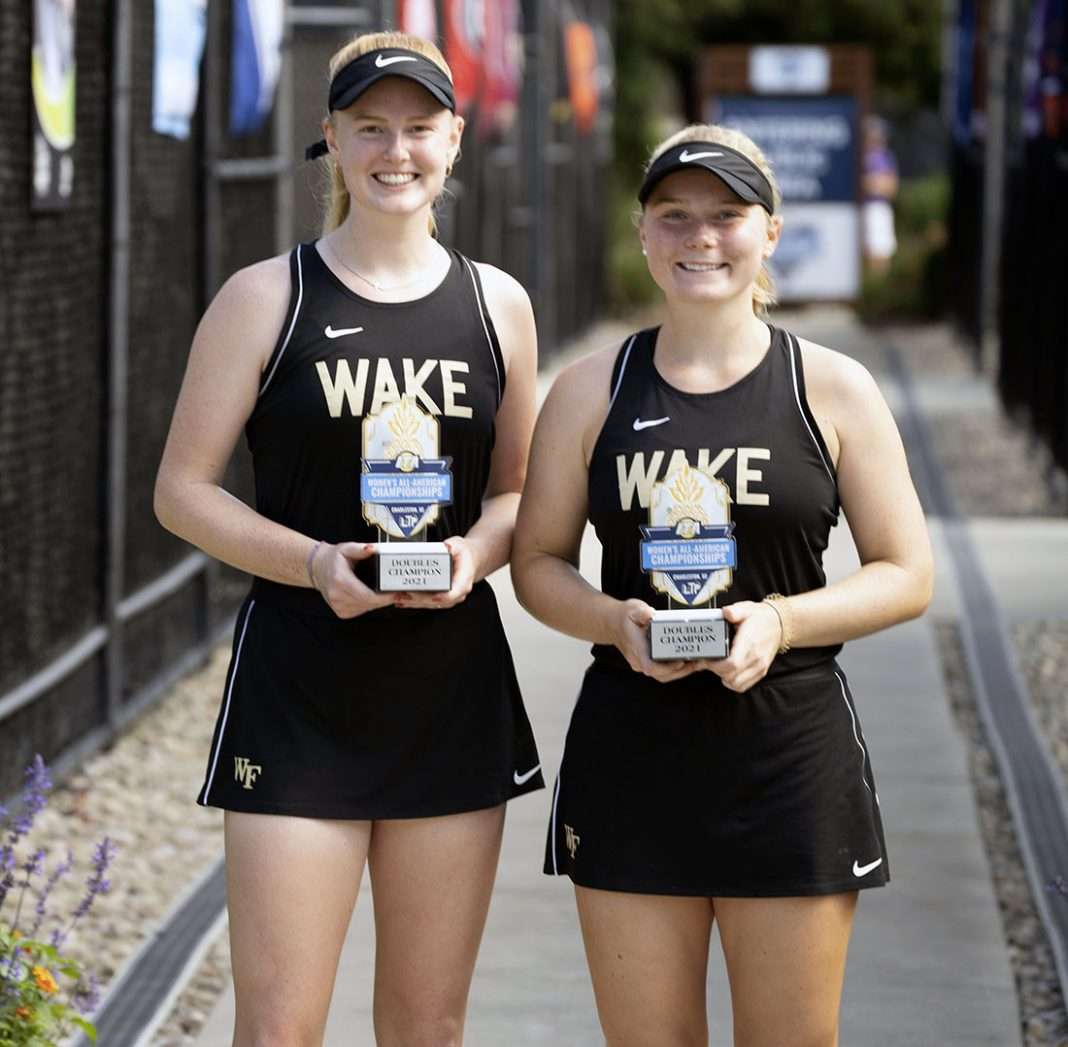 Six times Anna Brylin and Brooke Killingsworth of Wake Forest refused to give up that final point against Old Dominion in their women’s doubles championship match on Sunday at the LTP Tennis Club Mt. Pleasant.

Down a set and 5-2 in the second, Brylin and Killingsworth found a way to stay in the set (and match) and eventually fought all of the match points off. They went on to win the set tiebreak 8-6, forcing a 10-point third set tiebreak for the championship.

Clearly carrying the momentum of the second set rally with them, the Demon Deacons’ pair closed out the contest 10-3 in the third, claiming the program’s first ITA All-Americans doubles title in the process.

Although Tatsiana Sasnouskaya and Yuliia Starodubtseva missed out on a national title, they had an impressive run to the final as they bested the tournament’s No. 1 and 8 seeds in the draw.

History was also made in the singles draw on Sunday.

Sarah Hamner of South Carolina put an exclamation point on a dominant week of tennis, clinching the first ITA All-American singles title in program history. The freshman defeated No. 8 Alexa Noel of Iowa 6-0, 3-6, 5-2 (ret.) in the final.

In her eight matches at the All-American, Hamner dropped just two sets. She’s the first freshman since 2013 to win the All-American singles title. Prior to Hamner’s historic run, no Gamecock had reached the quarterfinals in singles.