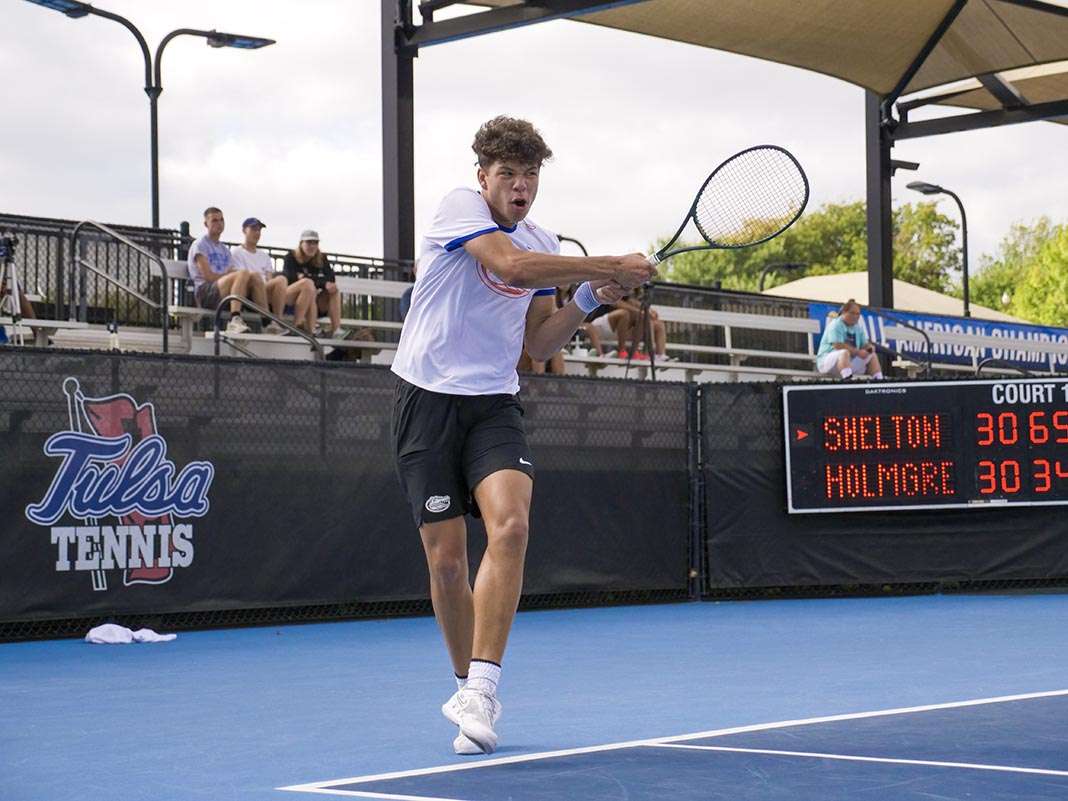 The 2021 ITA Men’s All-American Championships wrapped up in spectacular fashion on Sunday. The singles final featured two student-athletes in search of their program’s first All-American title. In doubles, two Ohio State teams faced off against each other — a situation only seen once before in 1985.

The championship matches highlighted the best of college tennis.

Ben Shelton’s sophomore campaign is off to a historic start. In commanding fashion, he clinched the Gators’ first ITA All-American Championships singles title in program history. He defeated San Diego’s August Holmgren in straight sets. The victory capped off a perfect run throughout the tournament. Shelton did not drop a set in singles and only allowed 35 total games.

In the championship match, Shelton made a statement early and won three games before Holmgren took his first. The finalists traded games, but Shelton closed out the set 6-3. However, the senior Torero was not out of the match yet. In the second set, Holmgren took the first game and kept Shelton chasing him for the first half of the set. However at three-all, Shelton got the go-ahead game and never looked back. He clinched the championship 6-3, 6-4.

In the doubles final, Ohio State’s two teams of Cash/Vocel and Trotter/Boulais put on a show. Cash and Vocel set the pace as they jumped ahead to a 3-1 lead early in the match. Boulais and Trotter were never far behind, but they were unable to close the gap. Cash and Vocel headed into the second set with a 6-3 win.

To start the second, Cash and Vocel, clearly in sync, posted three straight games. Boulais and Trotter responded with a game of their own, but then allowed their teammates to tally two more games. With Cash and Vocel serving for the match, Trotter and Boulais grabbed their final game. Cash and Vocel won the final game. They won the Buckeyes’ third ITA All-American Championships doubles title.

In the consolation singles match, Ohio State’s Matej Vocel downed Virginia’s Chris Rodesch in a thrilling three-set match. Vocel won 6-4, 5-7, 7-5. Despite the loss, Rodesch still managed to bring home a win for the Cavaliers. In the doubles consolation final, the sophomore paired with Ryan Goetz to defeat Oregon’s Keremedchiev/Klov-Nilsson. After dropping the first set, the Cavaliers rallied to win the second set in a tiebreak and closed out the match in the third.