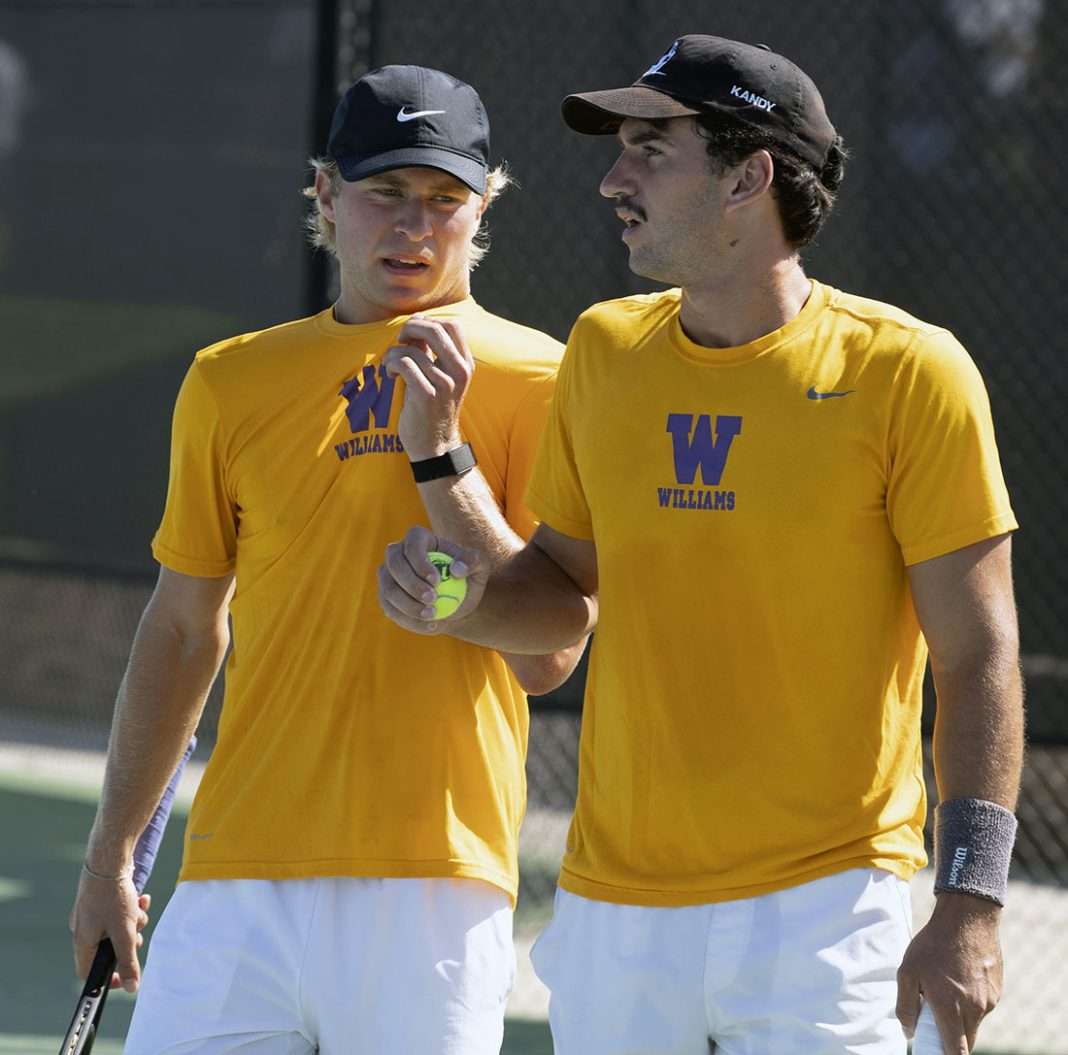 All four divisions took a step closer to crowning singles and doubles champions during Friday’s action at the 2021 ITA Cup, hosted by the Rome Tennis Center at Berry College.

Division III and JUCO will complete play on Saturday, with women’s and men’s finals in singles and doubles. For Division II and NAIA, it’ll be semifinal competition, with their respective finals set for Sunday.

For updated draws and results, check out the ITA Cup tournament page. Courts 11 through 16 have live streaming, courtesy of PlaySight. You can watch those matches here.

Georgia Gwinnett has two of the four remaining women’s doubles teams, but the Grizzlies will only advance one to the final. Stephanie Fernandez and Maria Genovese, the No. 1 seed, will face teammates and No. 4 seed Selina Pichler and Iryna Lysykh.

The other semifinal features Keiser’s No. 3-seeded team of Nicole Coopersmith and Vanja Vidanovic taking on Montreat’s No. 4-seeded team of Stephanie Petit and Valerie Quiceno Ibarguen.

Coopersmith, the No. 1 seed in singles, is through to the semifinals. She’ll face Georgia Gwinnett’s No. 4-seeded Eva Siska on Saturday. Pichler defeated the No. 3 seed from Union on Friday to reach the semis. She’ll take on Petit, the No. 2 seed.

Agustin Tamagnone of Georgia Gwinnett scored a 6-1, 6-4 victory over the No. 1 seed from Keiser, Luke Simkiss, on Friday. Tamagnone will face Daniil Klimov of William Carey in the semifinals. Jeremias Rocco of Indiana Wesleyan defeated No. 2 seed Alex Gurmendi of Georgia Gwinnett; he’ll face Francisco Faria of Olivet Nazarene on Saturday.

Tamagnone also played a part in defeating the No. 1-seeded doubles team. He and teammate Valentino Caratini defeated William Carey’s Klimov/Bresson 6-4, 6-0 on Friday. It’ll be an all-Grizzlies matchup on Saturday, with Gurmendi and Jose Dugo supplying the opposition.

It’ll be an all-Cowley affair in the men’s singles final. Teammates Boruch Skierkier and Takeshi Taco each won their semifinal contests on Friday to advance. Skierkier, the No. 4 seed, bested No. 1 seed Gaston Cantero of ABAC and No. 2 seed Taco turned back No. 3 seed Diego Dalisay of Tyler JC 6-3, 6-3.

The women’s singles final features No. 1 Lauren Anzalotta of Tyler JC taking on No. 3 Justine Lepses of Seward. Lepses holds one victory over Tyler JC, as she outlasted Destinee Martins 7-6 (5), 4-6, 7-6 (4) in the semifinals.

Cantero and Cheng En Tsai, the No. 1 seed in men’s doubles, will take on the No. 3 seed Dalisay and Jakob Mosvold of Tyler JC in the final.

The top two seeds in women’s singles are through to the semifinals.

Deniz Khazan of Barry, the No. 1 seed, will face Ana Carla Resende of Carson-Newman. Resende earned her semifinal spot by defeating No. 4 seed Anna Novikova of Indianapolis 6-4, 6-1 on Friday.

Two of the top four seeds remain in men’s singles, and they’ll play each other on Saturday for a spot in the final. Top-seeded Alvaro Regalado of Columbus State takes on No. 4 seed Andrea Zamurri of Northwest Missouri.

Alex Martinez Roca of Midwestern State and Joaquin Benoit of North Georgia square off in the other semifinal.

A day after beating the No. 1 seed, Barry’s Daniela Farfan and Kim Moosbacher kept the positive momentum going, and are through to the semifinals.

In men’s doubles, Peter Frelinghuysen and Matt Kandel of Williams advanced to the final, winning a pair of matches on Friday. They’ll play Philip Martin and Nathan Arimilli of Claremont-Mudd-Scripps in Saturday’s championship match.

Williams also has a player in the men’s singles final, as No. 3 seed Chase Cohen earned his spot with a 1-6, 7-5, 6-2 win over Jordan Theron of Methodist. Cohen will play Stan Morris of Middlebury in the final. Morris topped Jhonny Acosta of NC Wesleyan 6-4, 6-4 in their semifinal contest.

It’ll be No. 1 versus No. 2 in women’s singles. Top-seeded Sahana Raman of Middlebury advanced via walkover. Second-seeded Eliza McPherron, meanwhile, went three sets versus Nina Ye of Pomona-Pitzer. McPherron prevailed 6-2, 3-6, 6-3.

Shianna Guo and Sylwia Mikos, the No. 4-seeded team from Chicago, advanced to the women’s doubles final. The Maroons defeated Wesleyan in the semifinal. Guo and Mikos will take on Dakota Fordham and Carol Plakk of NYU on Saturday.